And That's Why I Only Take Blurry Concert Photos

Last summer I had the pleasure of getting to see Pentatonix live on my birthday. If you haven't heard them, check them out on Youtube (Here is my favorite). For those who are unfamiliar with them, they're an awesome Acappella group. Anyway, they happened to be performing at Busch Gardens, which is one of my favorite theme parks and a place to which I already had an annual pass, on the day of my birthday itself. I felt like God himself had reached down and placed the concert in my lap as a gift for my special day.

I had wonderful seats and the show was incredible.  Probably the best one I ever went to if I'm being honest.  Who knew a poppy and dance-happy Acapella group would actually sound better live than they do on the stereo? I was screaming and cheering along with all the other teenagers that I found myself in the midst of.

I had my phone along for the concert and like most smartphones do these days, it has the capability to capture some amazing pictures. I snapped a couple shots, but didn't give it much time. I was too into the show.  Afterward, when I looked back to see the photos I got during the concert I was presented with a collection of blurry and poorly framed shots.  I've attached a few below for your amusement.  I wasn't surprised, though.  I hadn't put in the time to take a good picture, so I didn't expect one. 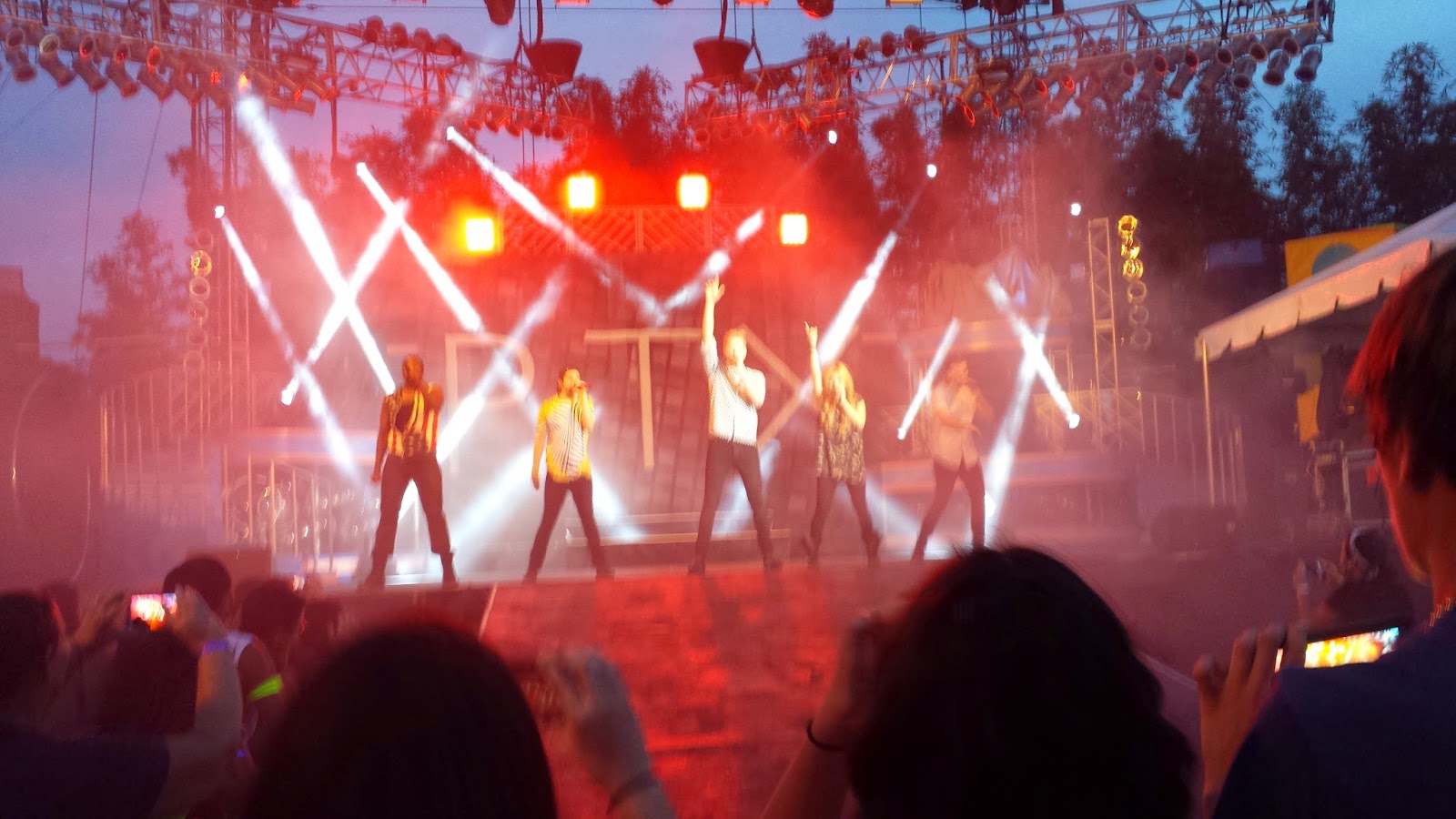 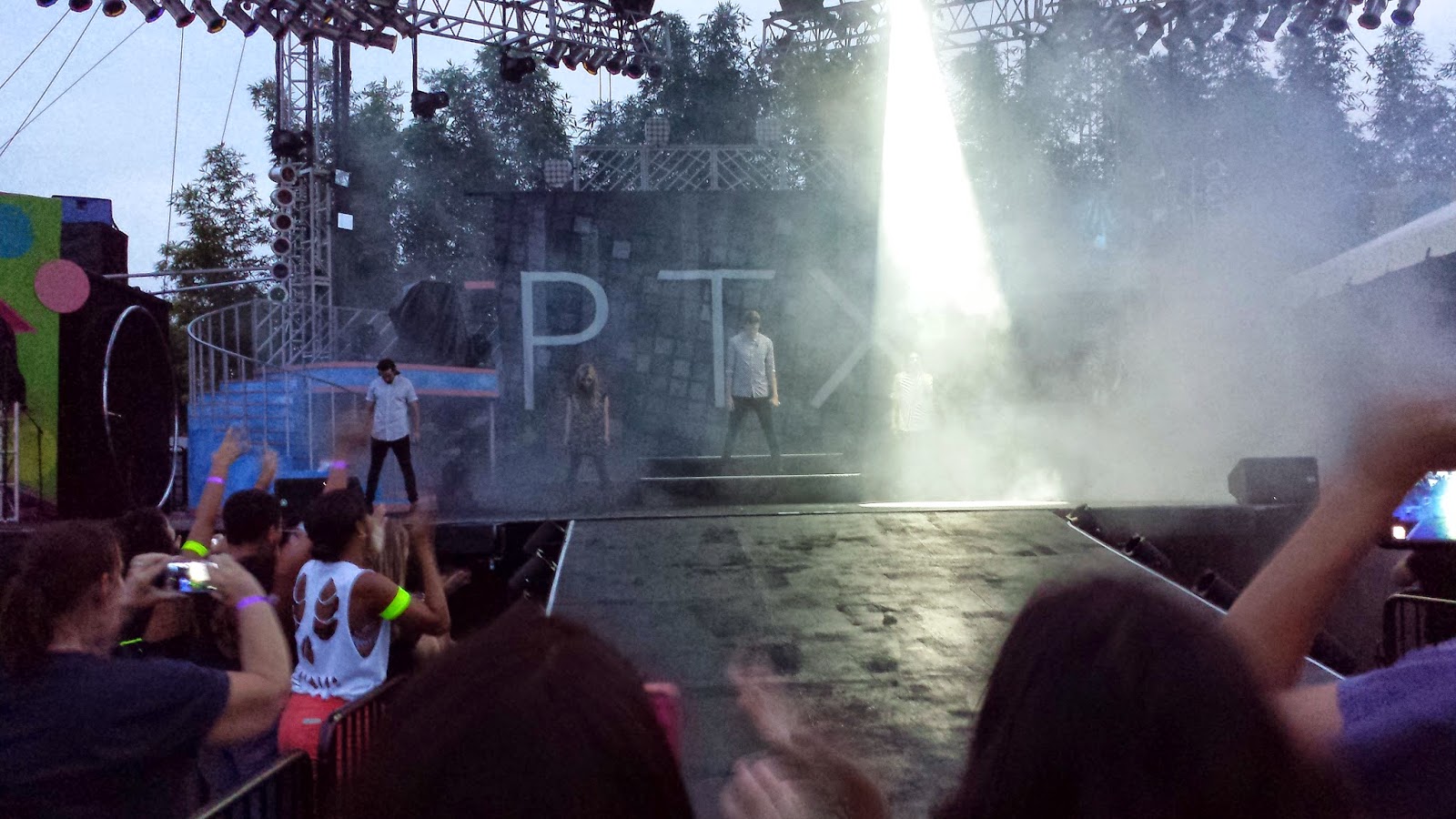 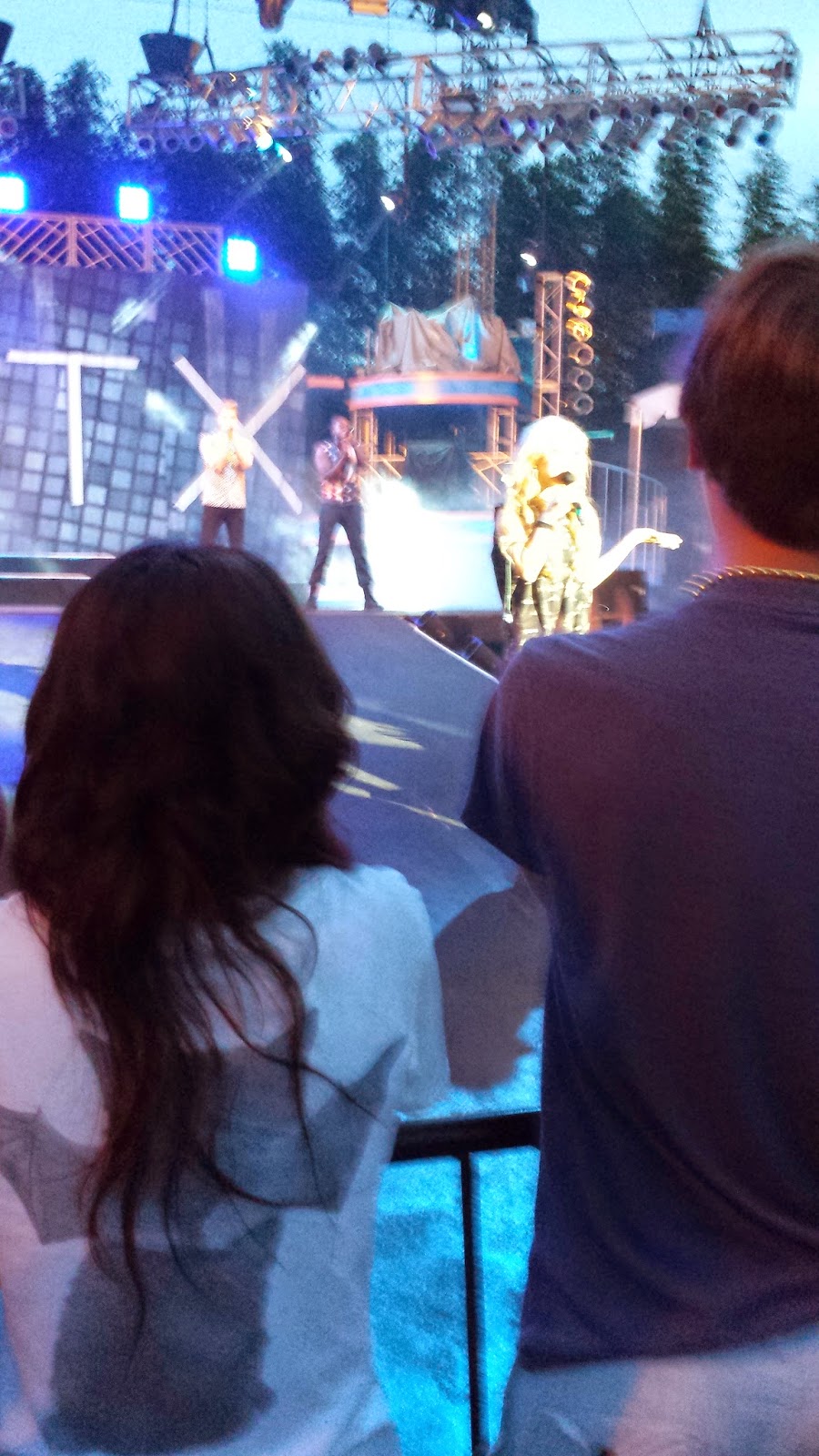 So do I regret it? No, not even in the least bit.  Every second that I spent taking a picture was a second that my focus was taken away from the performance.  If I had given it some time I could have gotten some great shots of the show, but at what cost? Sure, in the scope of things a few minutes out of an hour long show is just a small percentage, but why should I sacrifice even a moment of time of something that I love?  In life, there are lot of experiences that we have to endure that we don't really want to.  That's why it's important to savor every little second of those moments that you love.

In the movie, The Secret Life of Walter Mitty, Sean Penn's character is a famous and brilliant photographer. He has put a vast amount of effort in to find this rare wildcat in the Himalayan mountains. So after sitting there in the mountains waiting for a very long time, the cat finally emerges. He frames the shot to see the cat better, but never takes the picture. He just keeps stares in awe at the cat.  The cat leaves and Ben Stiller's character asks why he didn't take the picture. Sean Penn answers. "Sometimes I don't. If I like a moment, for me, personally, I don't like to have the distraction of the camera. I just want to stay in it."

It was a beautiful moment in the movie and it was one I completely understood (see the movie if you haven't, I promise you'll thank me). I didn't want the distraction of the camera when I was watching a concert from a band I loved. In the same way there are so many things in life that seem like they are enhancing our quality of life, but in reality they are just distracting us from enjoying it. Some people are so focused on looking for the things that will make their lives better: Climbing the corporate ladder, lusting after new cars, and fantasizing about every single luxury that they think they need. These are all just distractions. It's hard to enjoy the good in your life when you keep thinking about the 'better'.

Have you ever seen someone who just got good news and instead of celebrating they start worrying about it right away?  Doesn't it make you sad?  Don't you want to grab them by the shoulders and shout 'be happy!' I know I do. When I was at the Pentatonix concert, while I was soaking up every moment of it, I saw those around me bumping others out of the way, trying to get the right angle, stressing about getting the best picture, and it made me sad.  I wanted to shake them by the shoulders and shout 'Enjoy the concert. You won't get to when it's over!".  Isn't that true about life, too? You don't get a second chance to enjoy those moments of happiness, so why waste time with distractions?

Of course this is a small example to demonstrate a much larger thought. And I'm not trying to say that no one who has nice things is happy. I'm only throwing out a cautionary reminder to my friends because I care about the happiness of each and every one of you.  Try not to get so distracted looking for the 'better' in life that you forget to enjoy the good.  You might find there's a lot more of it in your life than you even realized.