Hello friends and future friends! Here's my recap of episode two of My Unfortunate Boyfriend and some thoughts/comments I had while watching as a companion to my DramaFever blog. If you've already watched the episodes feel free to skip to the bottom for my comments on it :) 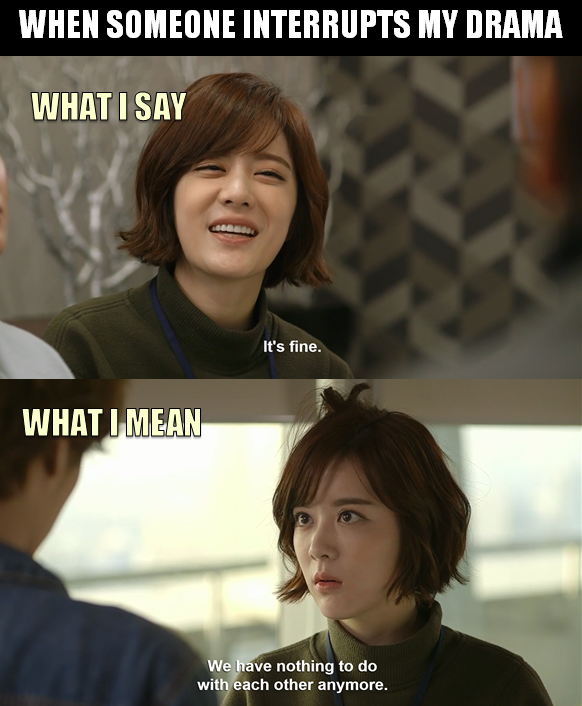 So we saw a lot more funny interactions between Mr. Unfortunate and Ji Na this episode.  The episode opens with us learning that Hye Mi used to be chubby and not what most would consider pretty.  I love that she's open about her plastic surgery and that Ji Na reassures her.  They're interactions are so cute so far. 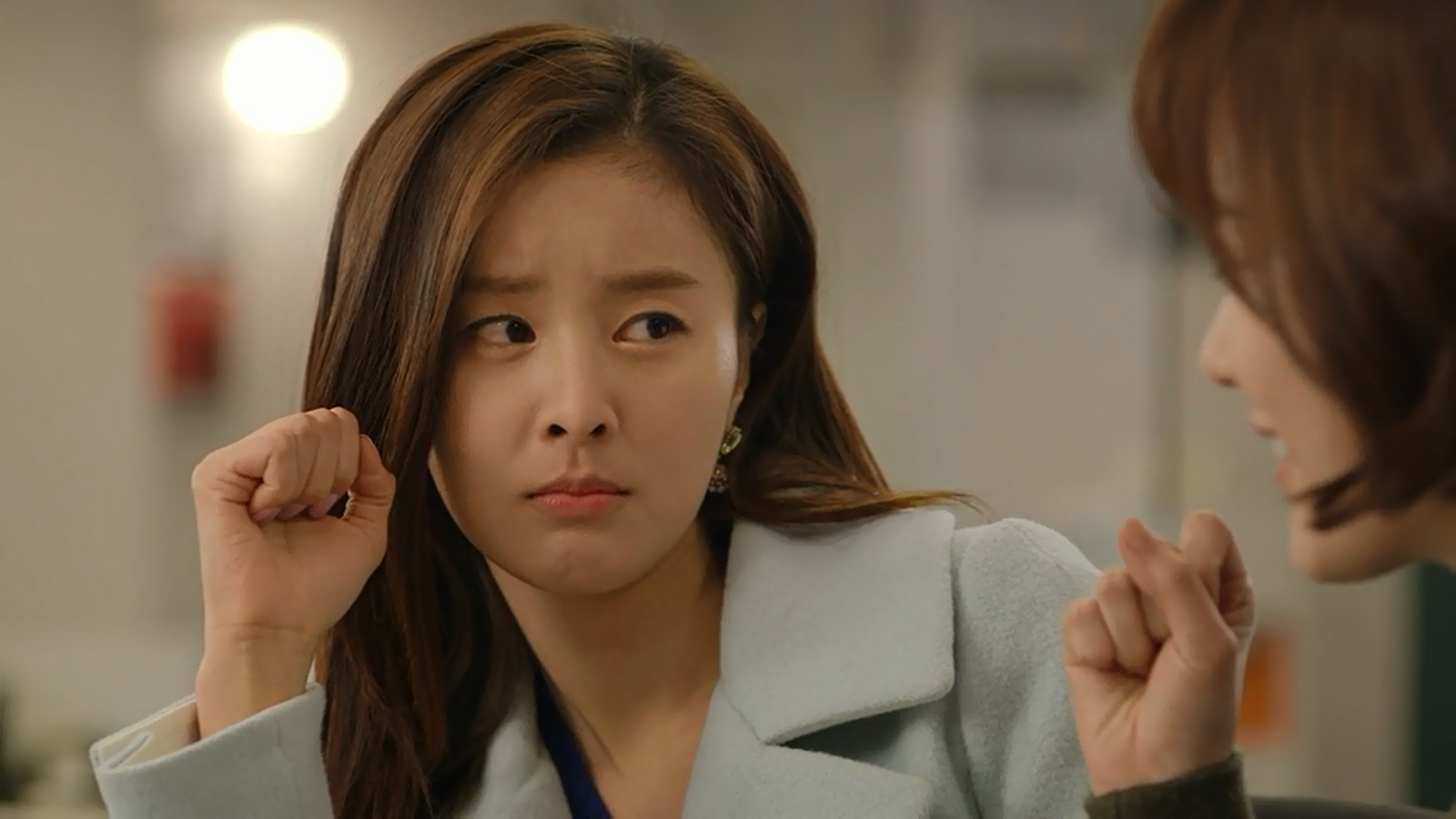 Then through an "unfortunate" accident where Ji Na and Mr. Unfortunate both fall to the ground, Ji Na gets her hair caught in Mr. Unfortunate's pants zipper and the whole office sees them like that.  Poor Ji Na, how awful. They finally find the cleaning lady and borrow a scissors.  Ji Na cuts her hair free and walks around all day with a completely obvious chunk missing from her hair.  Mr. Unfortunate picks up her earring and tries to return it her to her but she's pretty much fed up with him.

Ji Na tells her weird friend, Mal Sook, that she needs a magician to help her win the talent show at work. Mal Sook says she can help her in exchange for a fake designer bag like Ji Na.  Ji Na accepts the deal. This will come into play later.

Mr. Unfortunate goes back home and tries to explain the situation to his creepy friend, who completely misunderstands and thinks Mr. Unfortunate and Ji Na had a romantic hook up and Mr. Unfortunate's little neighbor girl friend tells him he must like Ji Na. He seems okay with the idea.  Shouldn't be long now until he's completely head over heels. Meanwhile Ji Na and Hye Mi are visiting a commercial shoot with the manager and Hye Mi bumps into Ji Na causing her to spill hot coffee over the model's legs. Did I mention Hye Mi did this intentionally? So much for their happy partnership, I had such high hopes for Hye Mi.  Anyway, the model's nice about it but now they need someone else to model and while both Hye Mi and Ji Na are gorgeous, Hye Mi's toenails are freshly painted.  Then we have a hilarious scene where Hye Mi is trying to model, but is horrible and Ji Na is trying to coach her.

Hee Cheul takes them aside afterward and says that yes they made mistakes, but they also did a great job and worked hard.  You can see both girls with hearts in their eyes over the fact that he is a decent and reasonable man. What does that same about Korean dramas that a man who is reasonable is a rare find? Lol. 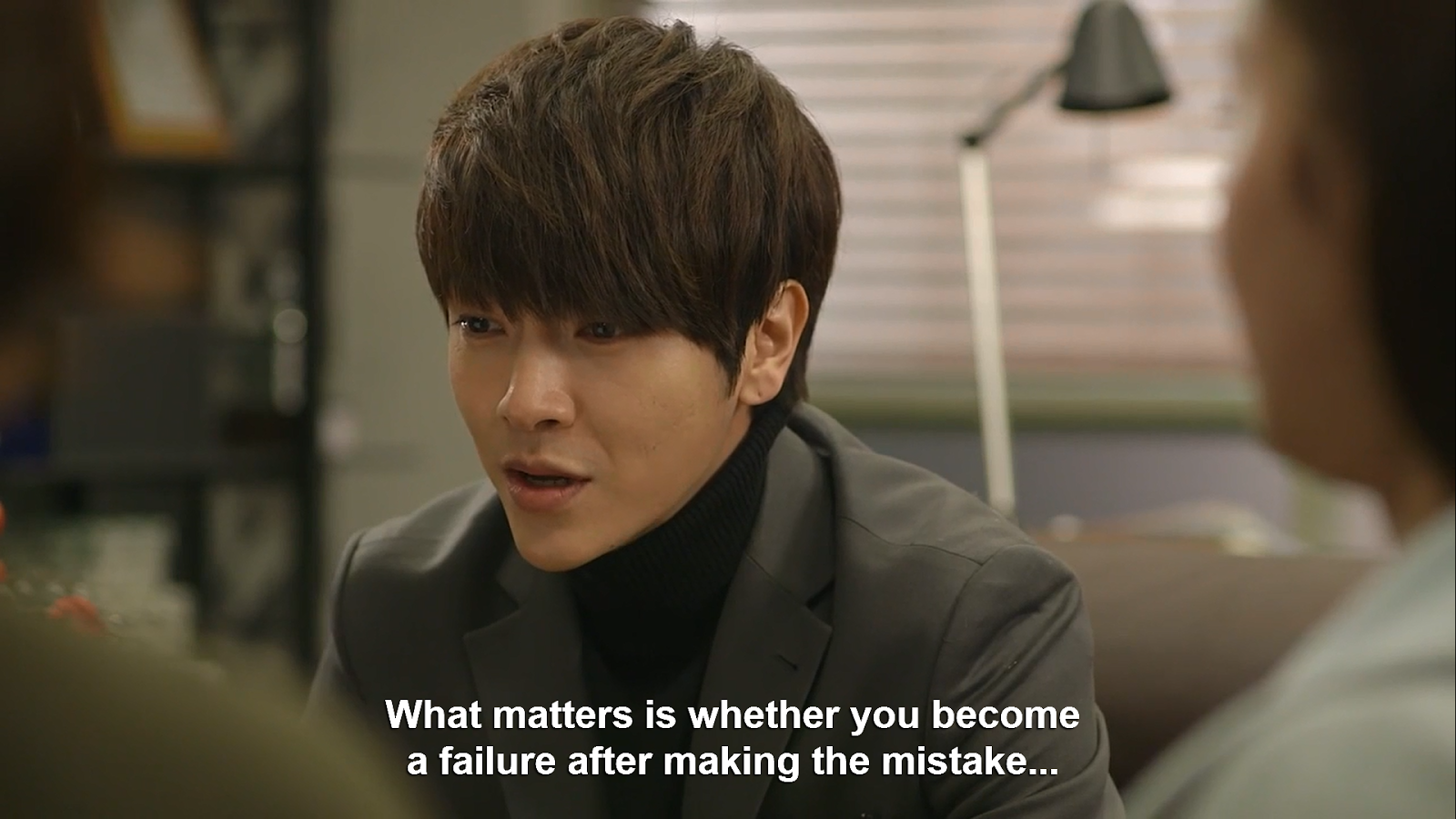 Ji Na is arranging a meeting with the people who sell fake designer bags and Mr. Unfortunate, who for reasons we aren't quite sure of is dressed as a clown, happens to see her. The bag lady's goons grab Ji Na and throw her into a van and take off.  Mr. Unfortunate thinks she's been kidnapped so he follows her on his bike and calls the cop. Now because Mr. Unfortunate has this little voice changer device in his mouth, the cops think he's making a prank call and send a car after him.  So now the cops are following Mr. Unfortunate who is following Ji Na. Eventually the cops catch up and Mr. Unfortunate leads them to the van, where they take the bag lady, her goons, and Ji Na into custody for fraud once they realize it was not a prank call.

Mr. Unfortunate seems to feel bad because he thought he was saving Ji Na. Thankfully Ji Na is quick on her feet and once she realizes the clown was delivering balloons does her make-up to look like a clown and pretends to be his partner. The cops seem to buy it and she walks right out of the police station.  Only then does she realize it is Mr. Unfortunate and you can tell she's now starting to believe in the curse. He ends up with another one of her earrings. Hmmm, I  wonder if this will come up again and she leaves.

She ends up going out to lunch with her co-workers some time later, maybe the next day.  They have this real awkward conversation about plastic surgery and then eventually how Ji Na's had none. We'll just leave it at that.  Then in walks the bag lady.  She almost gives away how they know each other, but makes up a story about how they met in Milan and how Ji Na is ahead of the trends. She's grateful to Ji Na who walked out with the evidence making it so they all got released. But because of the conversation Ji Na's co-workers now think she is from a wealthy family. Which she isn't and ironically it's Hye Mi who's from a wealthy family. This is the second time that co-workers have believed a lie about Ji Na that she didn't initiate, but I guarantee she's going to get in trouble for it down the road.

Ji Na ends up in the garden at work, which seems to be her new favorite thinking spot. There she runs into Mr. Bossman, Hee Cheul, who gives her the extra cup of coffee he was carrying around.  Hye Mi spots them and is pissed! She's definitely head over heels. Careful girl, don't you know how cruel and volatile second male leads are to the second female lead? But Hee Cheul has a really adorable baby face, doesn't he?

Later on Hee Cheul gives Hye Mi a ride and tells her there's no need to try so desperately for the talent show. She doesn't seem to like hearing that, who would? It bothers me because I can't tell how Hee Cheul feels about Hye Mi, but at the same time it leaves me intrigued about his character and wanting to learn more. Also I still can't decide whether he's a jerk. Hee Cheul, just let me know already so I can pick a side, k?

So now we find ourselves at the talent show.  Hye Mi, who is now incredibly jealous of Ji Na's garden time with Hee Cheul, sees that Ji Na's magic show is not bad and so she slips a laxative in the magician's drink.  Oh come on, not again, Hye Mi! Oh well. Anyway so now Ji Na has no partner until she sees Mr. Unfortunate and ropes him into helping. Even though she's never done magic and she was only supposed to be the assistant, she puts her all into it, wanting to impress her co-workers.  Seriously, this girl is unstoppably ambitious. I love it!  Mr. Unfortunate is nervous, but the show goes well until the crowd applauds and Ji Na throws her hat into the audience.

This sets off a chain reaction of people knocking into each other and knocking things over and eventually Mr. Unfortunate gets knocked out. Ji Na begins to perform mouth to mouth and the episode ends with Mr. Unfortunate waking, looking completely infatuated.

So that's the episode. Here are some thoughts I had while watching:


-Anyone else notice that manager lady was also in Full House Take 2 with No Min Woo?

-I can't blame Mr. Unfortunate for being terrified something bad is going to happen when Ji Na tries to cut her hair out of his zipper. She's not exactly gentle.

-Why didn't Ji Na ever fix her hair after she cut it? It would have only taken a little bit of water and a comb and like two seconds.

-Mr. Unfortunate needs a new best friend. His current one is far too creepy.

-I feel bad for Ji Na and Hye Mi having to deal with the popularity box. What if you had a popularity box where you worked? That would suck!

-I have to admit I thought picking a magic act for a talent show was a really bad idea. Magic acts never win a talent show!

-I love how the bag lady is enthralled by Ji Na's clown dance in prison.

-Let's make "crunch" happen- creative lunch. Those ladies were onto something.

-Okay Ji Na, I have to disagree with you. Not all coffee is created equally.

-Wow, Hye Mi's talent of spinning in a circle is really impressive...I'm being sarcastic here.

-Why did Hee Cheul come in for literally two seconds and then leave? Was he offended by something?

-Never has one hat done that much damage.

-I wouldn't normally bring it up but I'm actually really surprised that Ji Na's showing cleavage...in a Korean drama?

-Why does CPR always have to be considered sexual? This is why they took mouth-to-mouth out of the process in America, because of people like him.

Well that's where I leave you today. The DramaFever Drama Club blog is now out and can be found above under the Drama Club page and here.  Hope everyone out there has an absolutely fabulous day. 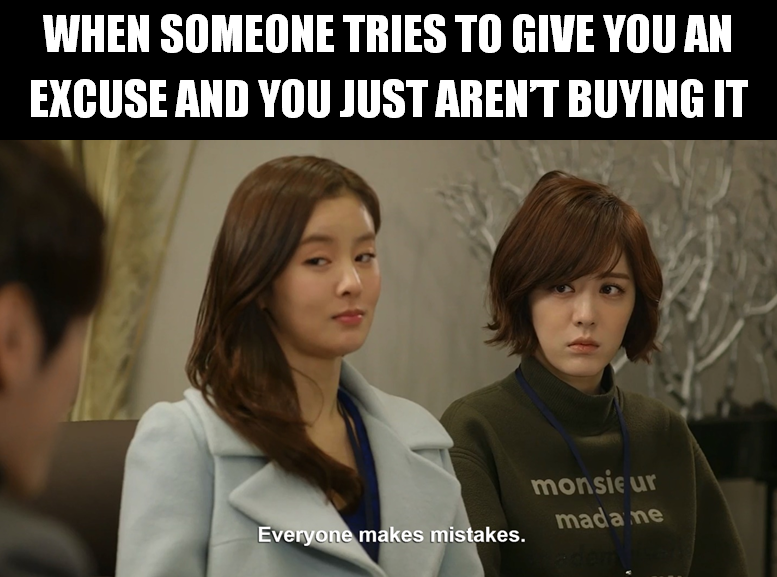 You can watch My Unfortunate Boyfriend here on DramaFever.