So I didn't expect to be doing another First Feels until I finished all the dramas I'm currently simulcasting, but after watching the first couple episodes of this drama, I changed my mind. So I'll do my first feels now and then post a Drama Diagnosis when the drama has finished. 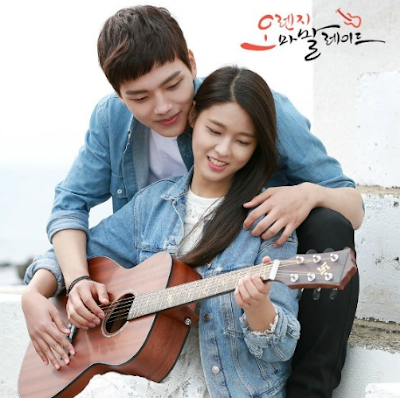 I'm loving this drama so far and in my opinion the positives vastly outweigh the negatives.

So first a quick summary. The drama takes place in an alternate Korea where vampires and humans have been living together for hundreds of year, but not exactly in harmony. Vampires are feared and have to live in hiding, drinking only substitute blood. Even though most are quite peaceful they aren't treated that way. They're also highly regulated by this vampire organization that is super controlling when it comes to blood and the drug they use to tolerate sunlight.  The drama focuses on Baek Ma Ri, a vampire transferring to a new school. No one knows she's a vampire and all she wants to do is blend in, but she's noticed right away by her class president Jung Jae Min who is immediately intruiged by her and her talent with music. Also new to school is another secret vampire Han Shi Hoo who was friends with Ma Ri as a child. He has a lot of resentment for the way that vampires have been treated and doesn't like to play nice with humans.  And there's a high school band that's getting started that they're probably all going to join, because they're all wicked talented at playing guitar.

So the things that I loved.  Sometimes these teenage-focused dramas are a little too robbed of romance for my tastes, but this one doesn't feel like that. There's already a lot of romantic tension which is great.  I like Ma Ri's character so far. She hasn't blown me out of the water, but she couldn't care less that she's caught the eye of the class President, which I respect. I have to admit I love the character of Shi Hoo. He's edgy and recklessly flirty. It'll make for some fun shennanigans. I love the community of vampires. Ma Ri has her little family and there's even a teacher at school who's a vampire, but they all have to keep it secret.  Mostly this drama just has that X factor, where I can't exactly pinpoint why, but it's set apart from the others and I'm anxious for the next episode like a true addict.

Things I don't like:  It didn't bother me as much as it should have, but even though I was completely enraptured throughout the first two episodes, not a lot happened.  It felt more like I watched just one episode, if that. I have a feeling that it'll pick up as dramas tend to do on the third episode, but it's a possible flag. In these high school dramas there's usually that really petty icky female high school witch who everyone thinks is perfect and this drama is no different. I'd really love to lose that cliche.

Similarities: So far has a similar feeling to the drama Monstar, but with a lot more potential for plot and character development.

Overall loved the drama.  It has the warm and fuzzy qualities of a high school drama without feeling like it'll be dictated by its confines.  So far I haven't been a fan of the Korean vampire dramas I've seen so I was nervous about this one, but it was a welcome surprise that I loved it so much. It's a little cute, a little funny, and a little scary- a great combo. So far, I've liked this drama enough to call myself a fan :)
at May 21, 2015