Welcome friends and fellow friends! Episode 14 made me laugh, it made me cry, and it made me think.  Anyone else feeling these feels?  So let me summarize what happened and then I'll add little of my opinion.

Ji Na goes and visits Mal Sook at work in the morning after staying out all night because she was mad that Mal Sook conspired against her with Hee Cheul.  Mal Sook revealed that the reason Hee Cheul moved them was because when he had visited their apartment, Mal Sook had seen a guy creeping around on their deck. Hee Cheul chased after him but the guy was already gone. Mal Sook was scared and he was genuinely concerned for their safety.  Ji Na feels bad that she scolded Mal Sook when she was just scared. Neither of them know it was the Senator's spy that was the creeper, however. Hee Cheul is at the same temple where he took Ji Na on a date.  He runs into an adorable temple boy who remembers him and gives him some great advice.  Hee Cheul asks who should he choose between the woman he wants to take care of when he succeeds and the woman he needs to become successful and the boy answers that you can't change your heart with your head. He's a smart boy.  While Hee Cheul is at the temple he gets a call and says he'll come back into town right away. 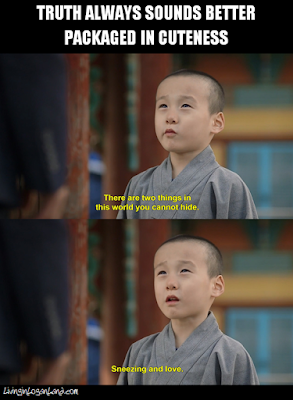 Tae Woon has arrived at the Chairman's house, where he's come to live while he competes for CEO. We find out that he used to live there as a child, which makes sense - the chairman's his only relative, and that the Chairman kept his room exactly the safe.  He visits his room to find his old things, including the kite that Ji Na helped him get out of the tree as a boy. 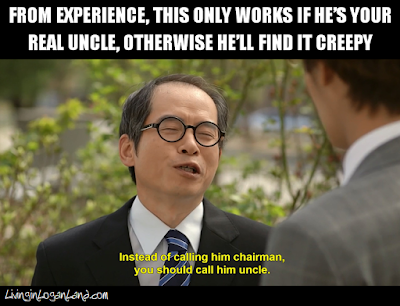 We see Ji Na waiting in the park and Hee Cheul comes to join her.  She apologizes for being so harsh about the apartment, not knowing he really was being thoughtful and tells him that she'll accept it, but would like to pay him back in any way she can. He asks if she can just like him back and she tells him she can't. She's finally declared her feelings. He's disappointed, but he accepts it and says they should end it. 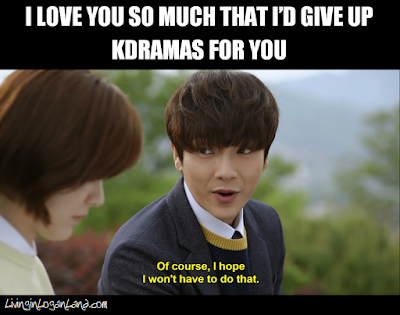 We catch up with Hye Mi, who is leaving her house and runs into her father. She tells him it's Hee Cheul's mother's death anniversary.  Oh no, does that mean Ji Na broke up with him the same day his mother died?  That has to hurt for Hee Cheul. Anyway, she sets off to go pay her respects.  Meanwhile the chariman has woken up and he and Tae Woon eat together. The chairman looks incredibly happy to have Tae Woon there. It's really quite touching. 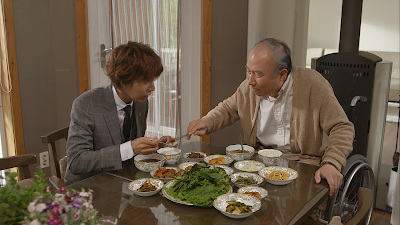 Hye Mi arrives at Hee Cheul's mom's memorial and starts to have a heart-to-heart with her about how she's going to trust Hee Cheul and stick by him. Weird, since she betrayed him the night before, but whatever.  Hee Cheul comes and overhears her talking to his mom and seems mildly touched. After he leaves he asks him mom if he should come together with her the next time. 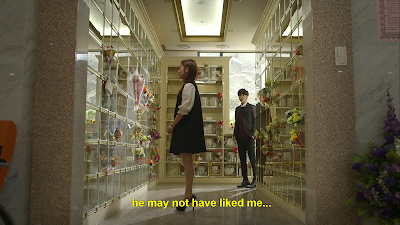 Tae Woon takes the chairman out for a walk after dinner. The Chairman explains to Tae Woon that the reason he changed his mind about Hee Cheul is that he realized he was too much like him. He knows that Hee Cheul is too ambitious and can lose sight of what's important because of it.  He says Tae Woon can do whatever he wants after he wins, but he wants him to stop Hee Cheul. The Chairman then collapses and has to be taken to the hospital and Tae Woon learns about the full extent of his sickness and the fact that he doesn't have much time left. 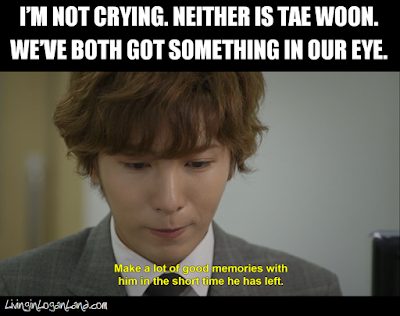 Ji Na goes home and makes up with Mal Sook and they have dinner together.  Afterward, she calls Tae Woon. It's been a couple days since they've seen each other. He leaves the hospital for a bit to go and see her and they both are extremely excited to see one another. 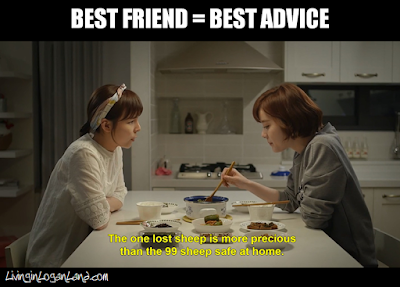 Tae Woon tells her about what's happened- his relationship with the chairman and how he'll be running for CEO. He's worried she'll be mad, but of course she already knew about the fact that he's the chairman's nephew. She tells him she's not mad and that her and their whole team will be rooting for him and helping him in any way that they can.  Tae Woon tells her that he needs her to meet someone with him in a couple days.  He was doing some more research on the company they're working with and found out that they may have taken the idea from someone else and he found that person. She agrees.  Hmm, I know someone else who's idea got stolen. 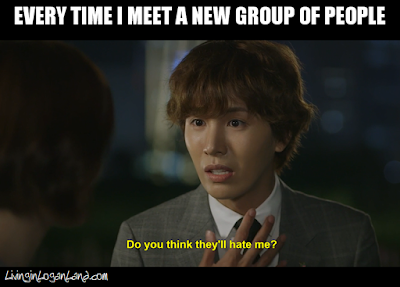 The next day both Hee Cheul and Tae Woon go to the board meeting with the director where they sign agreements officially starting a competition between the two for CEO.  The episode ends as Tae Woon calls Ji Na to find out that she's close by the coffee shop they're meeting at. He goes in and greets the inventor they are meeting who turns out to be... you guessed it, Ji Na's dad.

-I've got to give Mal Sook credit.  She admired the fact that Ji Na liked Tae Woon better since it meant she wasn't after the money, but genuinely went over to team Hee Cheul when he displayed a chivalrous personality. That's fair.

-Okay, Hee Cheul did have a good reason for moving Ji Na. Still, he should have asked her permission. Even if he knew she would say no, it's very arrogant to do something like that.

-I love how the Chairman's house is not gigantic. It's good-sized, but not boastful. He shows good sense.

-As soon as Tae Woon set foot in the chairman's house I was holding back the tears even though nothing sad had happened.  It felt so healing for him to go back there and rebuild the relationship with his uncle. Just beautiful.

-I was unexpectedly heartbroken for Hee Cheul when Ji Na told Hee Cheul she didn't like him. I've had a lot of mixed feelings about this guy, but I guess I had more affection for him than I realized. Also, Hee Cheul impressed me by how cleanly broke things off with Ji Na, although it clearly hurt him. It might by the most sensible and impressive thing he's done.

-Double props to Hee Cheul for the fact that Ji Na broke up with him on his mom's death anniversary and he still handled it pretty well.

-I thought Hye Mi went to Hee Cheul's mom's memorial to curry favor, but it looks like she actually went there to see his mom. If so, good job Hye Mi. You're finally acting like a human.

-Again, I'll point out that Mal Sook is a really great friend.  She cooks for Ji Na after she returns home and always gives her honest advice.  I remember how I didn't like their friendship at first, but I love it so much now.

-Anyone else think Hee Cheul was going to push the chairman down the stairs when he was pushing him around in his wheelchair?

-I don't want Tae Woon to lose, but I have to admit I can't see him being a good CEO. Ji Na, on the other hand, would probably be a fantastic CEO.

So there we have it. Just two episodes left and last week is our last. I know, I know, I'm sad too.  Watch out for our Drama Club post tomorrow and check back next week for the last two episodes.  You can catch up on the rest of the series below.