Hello friends and future friends! So I'm fresh off of watching the newest My Unfortunate Boyfriend episode. When we last left off our heroine, Ji Na, just had her presentation ambushed by an onslaught of unflattering pictures of herself.  I sat there, crossing my fingers, hoping she would turn it around?  So what happened this episode?  Let me give you the lowdown. Prepare for a somewhat thorough recap this time, but if you already know what happens skip to the bottom for my snarky comments and questions. 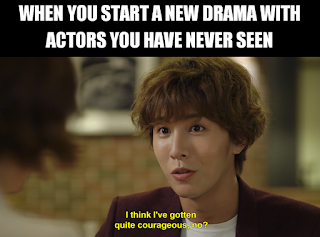 Our girl, Ji Na, did turn it around. Could we expect anything else from her at this point?  She made like the pictures were part of the presentation on purpose because even unflattering pictures are part of your personality.  Everyone bought it and she won both because she's charismatic and Hye Mi's presentation was just not as good. Hye Mi drops some not so subtle hints that she was the one that sabotaged the presentation and Ji Na only barely gets suspicious.  Hee Cheul comes up to Ji Na and tells her he heard her answer from the presentation (remember, he asked her if she'd consider loving him). He took her answer to be yes, which is the answer she intended to give, and they walk away with an unspoken agreement that they're together and will make time for each other. Meanwhile Hye Mi gets schooled by Manager Oh who tells her if she wanted to do the presentation on her own and not trust them, she had better accept failing on her own.  Ji Na walks in on Hye Mi crying in the bathroom and even though she's the closest thing Ji Na has to an enemy, Ji Na leads everyone else away so they don't walk in on Hye Mi crying.  After Hye Mi cleans herself up she's on a mission to find how the other team beat her. After doing an internet search for Dr. Seed she realizes that he and Mr. Unfortunate are one and the same.  Then she overhears that Ji Na bought a present for him, an MP3 player, and assumes Ji Na is now after Mr. Unfortunate(Tae Woon) for his prestige. 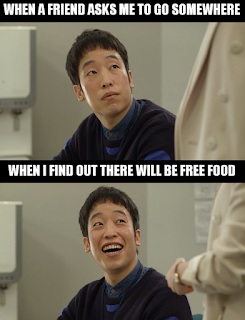 Ji Na goes to bring this MP3 player to Tae Woon at his shop/house. When she doesn't find him in shop, she walks through the greenhouse and into his house where she overhears suspicious noises and sees two bodies under the covers.  Tae Woon sure finds himself in this position a lot. She is shocked when out pops Tae Woon and a pretty girl.  Ji Na storms off, for reasons that she's not quite sure of, when Tae Woon stops her to explain.  The girl was the actress that Oddball had been trolling.  Tae Woon made a deal with her to show her fireflies, a treasured pastime from her childhood, in exchange for her dropping the lawsuit. Ji Na is touched at the amount of work he did in order to prevent Oddball from going to jail and so she invites Tae Woon to dinner. He ups the ante by saying he only wants to go if they do dinner and something else afterward.  They smile at each other in a way that makes it clear that Ji Na as well has begun to fall for Tae Woon but hasn't quite processed it. 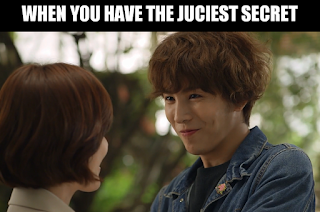 Back at the office Hee Cheul is all excited to call Ji Na and go out to meet her for lunch when he runs across the Senator, Hye Mi's dad, who tells him he should care for Hye Mi more and take her out for dinner and then to this gala event as well.  The Senator hints that the time to elect a new CEO is coming soon.

Back at the flower shop Tae Woon's weird friend, who we find out has a name- Man Soo, comes in wearing a new designer suit and talking to a girl on the phone whom he is flirting with. I'd bet money it's going to be Ji Na's weird friend.  Tae Woon, who is looking for something to wear to his date steals the suit from Man Soo, pretty much ripping it off of his body.

The chairman comes to visit Tae Woon and asks him to attend this charity gala event, the same one the Senator was talking about with Hee Cheul. The chairman tells Tae Woon to bring a friend if he's nervous. Hmmm....I wonder what's going to happen.

Hee Cheul and Hye Mi are out to dinner when Hye Mi tells him that Dr. Seed is Mr. Unfortunate. Hee Cheul hated Dr. Seed to begin with and now to find out he's Mr. Unfortunate does not make him happy. Then Hye Mi shares her believe that Ji Na is chasing Dr. Seed for his prestige.  Hee Cheul seems quite upset at this revelation. 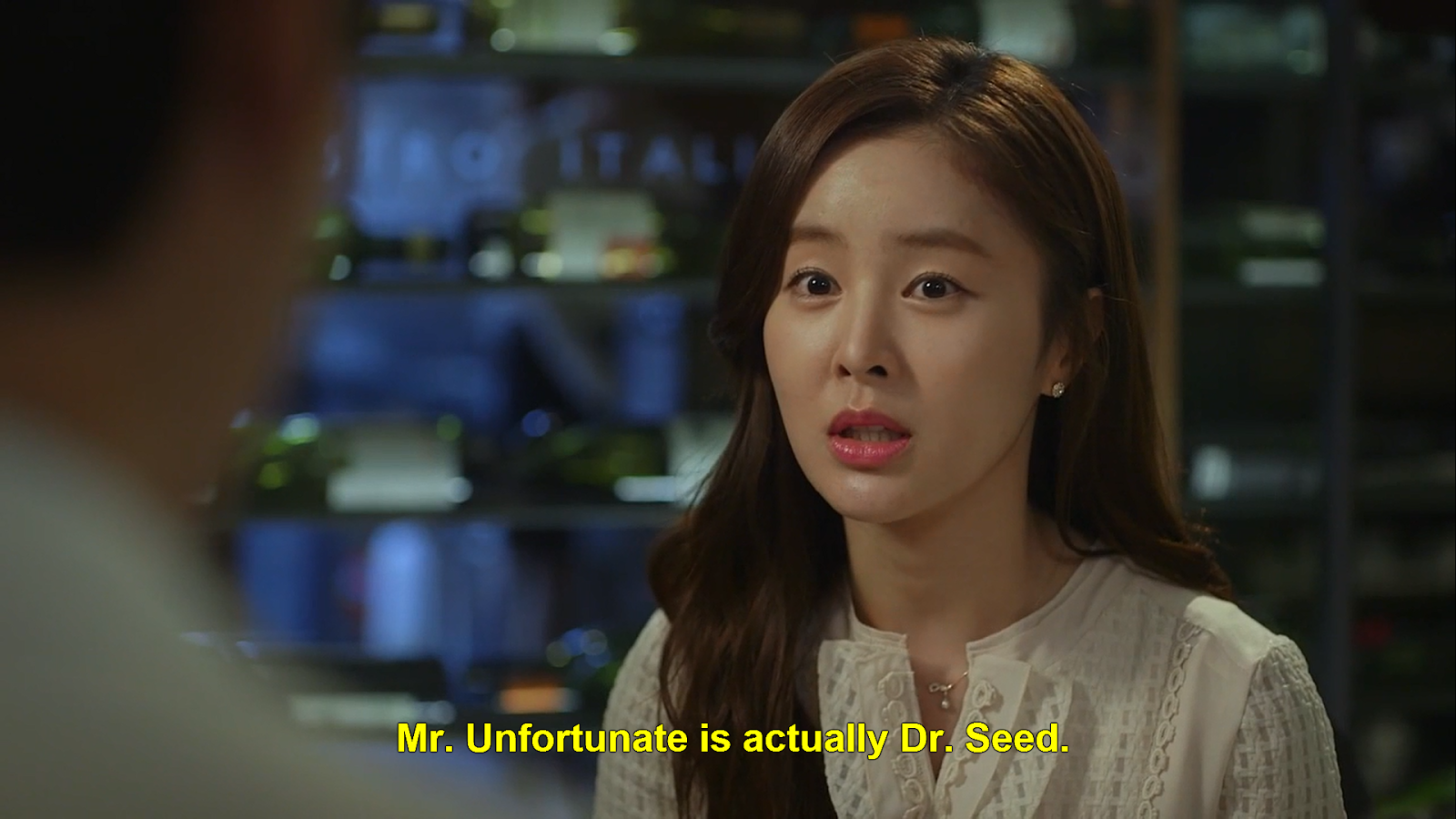 Ji Na and Tae Woon also go out to dinner.  He looks quite snazzy and all the other girls in the restaurant are jealous of Ji Na.  She asks about his parents and he reveals they died in a car crash on the way home from the ocean when he was a kid, which is why he hadn't seen the ocean in years until Ji Na brought him there. Break my heart, will you, Tae Woon? 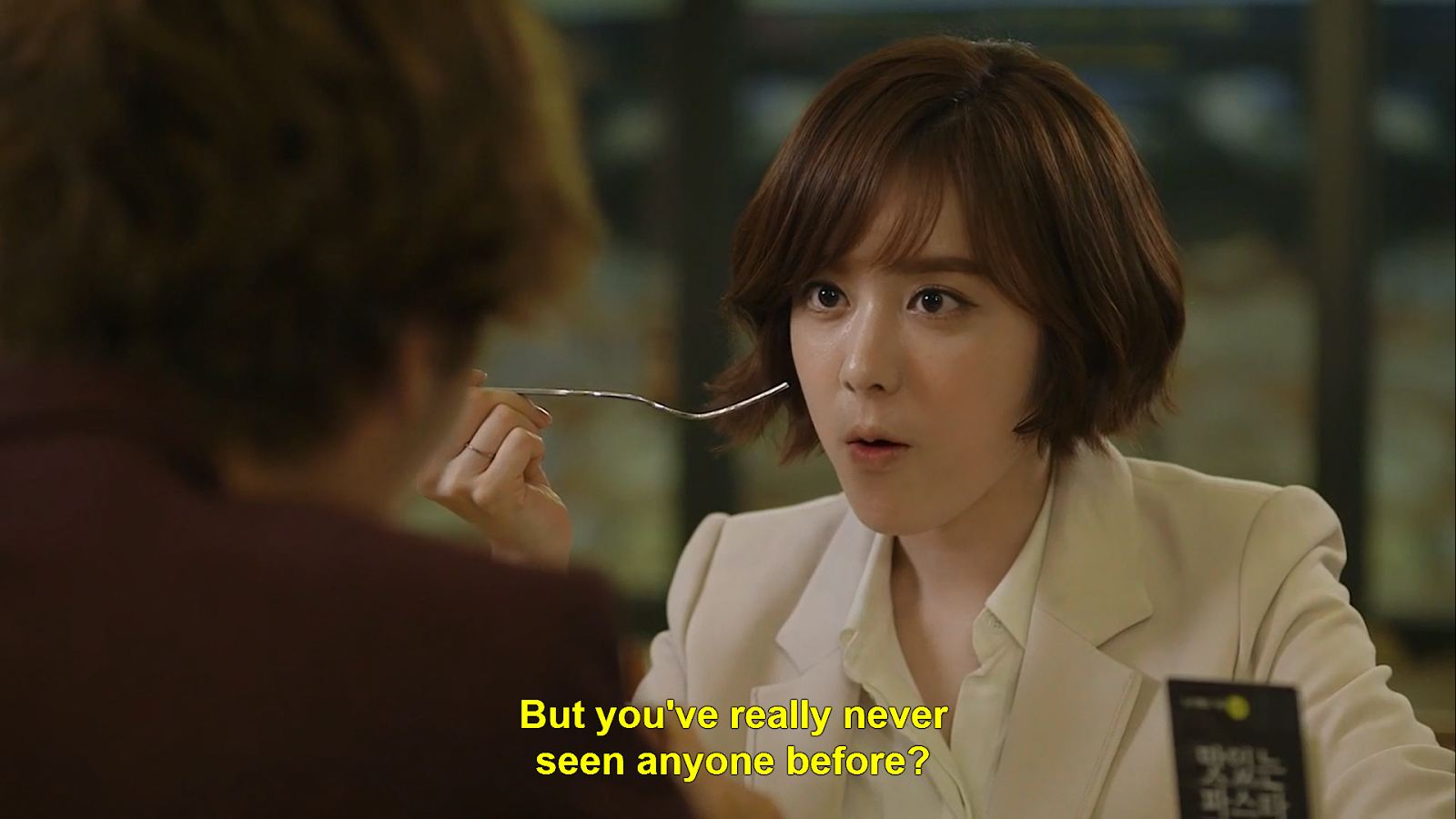 Then the two go out to a movie that was picked by Man Soo, and turns out to be an erotic film. Both of them look understandably extremely uncomfortable and Tae Woon downright terrified.  The next day at work, the red-headed eccentric guy announces there will be another competition between Team A and Team B. I bet Hye Mi is going to kick it into gear this time.  Tae Woon has left an invitation for Ji Na to be his date to the charity event on her desk and has trouble deciding if she should go.  Oddly enough it's Hye Mi who helps her make the decision by having her flip a coin. 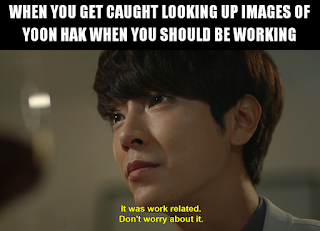 Some time later Ji Na arrives at the charity event, looking stunning in a gorgeous dress and meets Tae Woon looking dashing in a tux.  They have a moment where they are stunned at the appearance of the other. AND guess who else is there. Yep, Hee Cheul arrives with Hye Mi.  As they're walking toward the entrance Ji Na trips and Tae Woon catches her, but she draws the attention of those around her including Hee Cheul and Hye Mi.  Both Hee Cheul and Ji Na look at each other with shocked faces and that's where we get our cliffhanger! I swear this is the worst one yet.

Okay, so here are some of my bonus thoughts:


-Ji Na, how can you  not know with a hundred percent certainty that Hye Mi sabotaged you? It's so obvious!

-Ji Na has the most adorable happy reactions I've ever seen.

-Ji Na is a true hero, she even protects her saboteur.

-How is it that big of a secret that Mr. Unfortunate and Dr. Seed are the same person when you can just look it up online?


-If I'm being completely honest, I was shipping Oddball and Ji Na for a minute there. It was a fleeting moment, though.


-Tae Woon needs to stop laying down next to women. That would solve a lot of his problems.

- Tae Woon was pretty dang smooth when he wouldn't just accept going out to dinner, but also insisted on doing something afterward

-Ji Na knows she likes Tae Woon and she doesn't really seem to hate the idea..

-This is so ominous. Ji Na is going to break Tae Woon's heart so bad.

-Does Hee Cheul realize he told Ji Na "Stay there...I'll call you back" and then doesn't call her back?

-It's really weird to have a relationship like Ji Na's and Hee Cheul's that happened so openly and directly. There weren't a lot of hidden feelings. It'll be more interesting if their relationship continues for awhile to see how it will evolve.

-Here's my prediction: Hee Cheul is going to choose Hye Mi for political reasons and break Ji Na's heart. He's going to regret it so much, especially when he sees she's fallen for Tae Woon and he's going to break things off with Hye Mi and try to go to Ji Na but it will be too late.

-So the chairman isn't Tae Woon's dad, but they know each other somehow because they used to go to the ocean together when Tae Woon was a child.  How are they related? Maybe the chairman is his grandfather. That could make sense, which would make Hee Cheul his uncle? Interesting family dynamic.

-How did Hee Cheul expect to make Hye Mi feel better by asking her how it felt to lose? That kind of just proves he's a jerk intentionally.

-Hee Cheul looks psycho at the thought that Ji Na is a gold digger. Why does he automatically believe Hye Mi when he knows she's crazy?

-By the way, Tae Woon's house is the coolest house ever.

-Man, Hee Cheul in that suit at the charity event...I mean...wow! Everyone looks fantastic, but he's on a whole other level.

-Is Hye Mi wearing a prom dress at the charity event?

-I'm interested to see what Hee Cheul's reaction will be to seeing Ji Na there with Tae Woon. On the one hand, what can he say when he took Hye Mi. On the other hand, his position is one that requires those types of things.  Still, fair is fair. If he really wants to be with her they need to lay down clear boundaries because it's clear this whole "not being in a relationship" thing they talked about isn't going to work.

Okay friends, that's all I've got for you today. Check back tomorrow for Episode 8's recap.  If you  have a comment feel free to share. I love chatting about these dramas :)
at May 04, 2015