Happy Friday/Saturday friends! So I just watched episode 3 of Producer. I always say that Episode 3 is where you start to get a good feel for the drama, but what's thrown a wrench in that for this drama is that they've switched directors starting this episode so essentially we're starting from scratch. So let's recap what happened and then we'll talk about it.

At the end of Episode 2 Seung Chan sees Ye Ji and Joon Mo going into the same apartment, after hearing them talk about him. So now he's got some dirt on them to level the playing field if he so chooses.  He has a nightmare where he's a contestant on a variety show himself talking about how much he doesn't want to go to work because of the weird situation. He also doesn't know whether or not he should tell his first love because he thinks Joon Mo's cheating on her, not knowing they broke up and that he and Ye Jin aren't romantically involved. 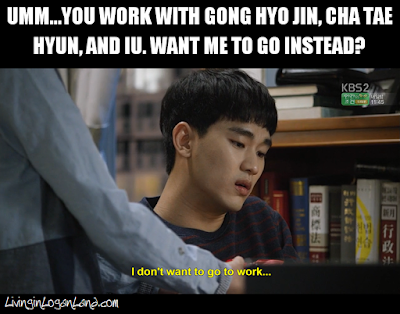 He wakes up and does a little spying on Ye Jin and Joon Mo in the morning to confirm that it was more than a one night stand and then leaves. Ye Jin chastises Joon Mo about leading his girlfriend on again, because she doesn't know they broke up and he points out that she can't keep a relationship. She says it's because she's too busy to date, but it flashes back to her sobbing every time she breaks up and Joon Mo running to her every time. 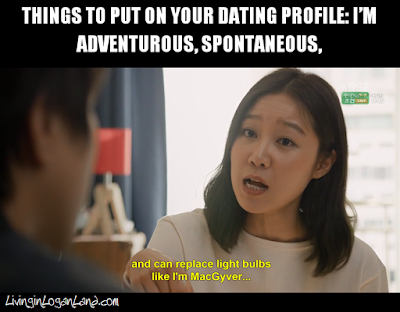 At work Joon Mo and the cast of 2 Days, 1 Night are trying to get different celebrities to join the recast of their show, but they're having problems because all the potential castmates have too many stipulations.  Joon Mo asks for ideas from the crew and Seung Chan recommends a dating show. He uses statistics to show how trends go in cycles and how it's time for a dating show to be popular again. Joon Mo shoots the idea down as stupid. Ye Jin runs into a neighbor lady on the way to work and has an argument about the proper way to recycle. We see that the lady is Seung Chan's mom, but Ye Jin doesn't know that yet.  On her commute to work she sees the cherry blossom trees and has flashbacks about how she always tried to go see them with Joon Mo, but he blew her off.

At work, Seung Chan gets sent to go "recycle" some tapes. He thinks recylcing means whiting out the labels, but Ye Jin comes in and shows him how to use the machine to magnetize them and erase them.  Seems like she's not going to be too harsh with him after all. She asks to pay him back in installments and she pays him back $30, but then asks him to buy her chips. 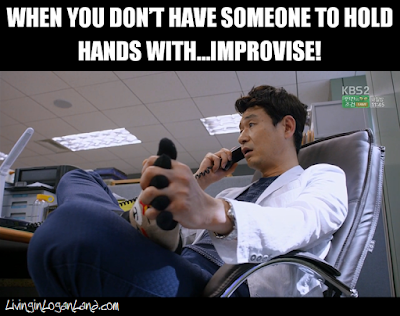 Joon Mo has to meet with one of the Directors to go over ideas for the show, and he comes up with a couple out of thin air and the Director hates them all. Then Joon Mo mentions the dating show and the Director thinks it's a great idea.  Tae Ho (the head PD) offers to get the celebrities to appear in the show for Joon Ho and he delivers by asking all of the entertainment reps to cast his daughter first. When they say they can't (because she doesn't look like your typical idol) they readily agree to cast whatever member of their agency he asks. 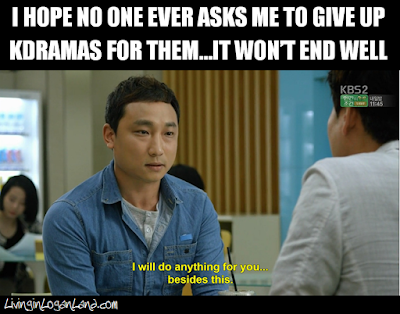 Ye Jin finds Joon Mo's (ex)girlfriend crying in the bathroom and finds out that Joon Mo broke up with her.  Ye Jin comforts her, but can't help looking a little too happy.

We catch up with Cindy who is in her van, having her manager read all of the negative comments people write about her.  She has a completely straight face as she reads them, as if they don't bother her at all. Is it that? Or just that she agrees with them? 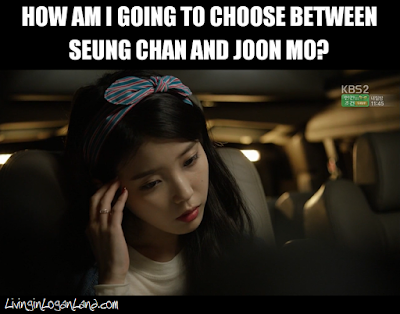 Ye Jin leaves work to find her car has been blocked in by another car. She tries to push it away herself to no avail. So she calls Joon Mo, but his phone has been turned off. She calls Seung Chan instead and he comes and pushes it for her. She promises to bring $50 more for him the next day. He asks her if she has a boyfriend because he's curious about her and Joon Mo's relationship, and she says that she doesn't further confusing Seung Chan.

When Ye Jin gets home she's waits around for Joon Mo whose phone is shut off when her younger brother shows up and gives her some dating advice about how she makes herself too available and needs to wait and make guys curious about her.  Joon Mo is working all-night with his team and introduces the idol dating concept. They all scoff at him for first insulting Seung Chan's idea and then using it. 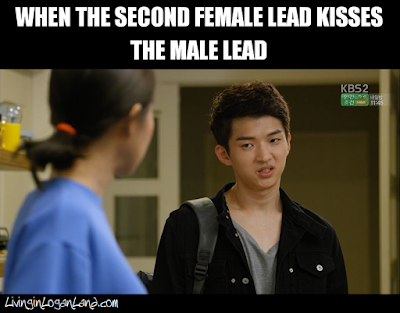 Cindy is back at her home, checking on her anti-fan websites. She gets upset that two new ones started when the members could have just joined the other anti-fan clubs.  Seung Chan texts her asking her to return the umbrella.  Cindy keeps thinking he's going to flirt with her, but he never does. Cindy ends up registering and joining her own anti-fan club. 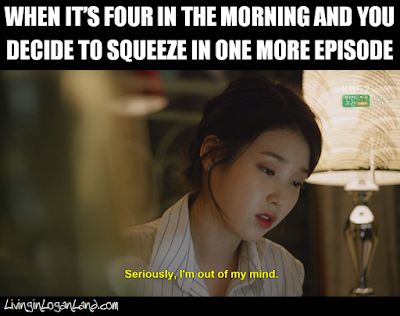 Back at work there's trouble. Hani, from EXID, who was supposed to appear on the revamped 2 Days, 1 Night has been arrested and now they need someone to replace her.  Not only that, but if they don't get someone good all of the other celebrities that had agreed are going to back out. Seung Chan suggests they asks Cindy and all of the team members jokingly say that he should contact her and ask her, but he doesn't know they're kidding. 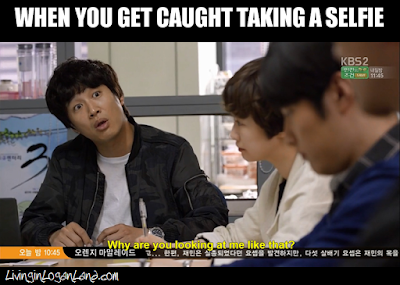 So Seung Chan goes to call Cindy, whom he has listed as "Umbrella Return" in his phone even though she's a super popular idol.  Ye Jin runs into him before he gets ahold of  Cindy. She pays him back, but then asks her to go and get him some street food.  While he's getting Ye Jin's snacks Cindy calls him back. She thinks he's calling about the umbrella again and he is befuddled to learn that she still hasn't returned it.  He offers to go to where she is. 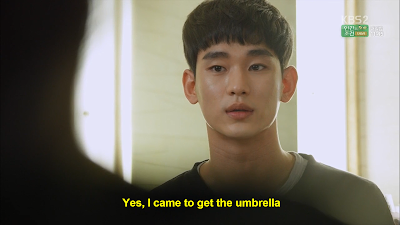 Meanwhile Joon Mo finds out that the President of the company doesn't just want anyone to replace Hani. He wants someone like Suzy or Cindy.  So Joon Mo goes to JYP Entertainment to talk to JYP, but he isn't there so they have to do a conference call. When Joon Mo mentions Suzy the screen freezes (completely intentionally). 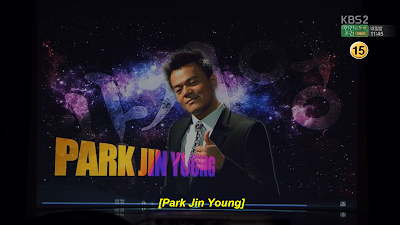 Seung Chan has met up with Suzy and tells her that he wants her to be on their variety show. When she asks what's in it for her he responds with statistics about all the top stars who were brought to the next level by doing a variety show.  She seems intrigued, but then in walks her CEO.

Joon Mo is still trying to talk to JYP when he gets a call from Cindy's CEO. He rushes over there. The CEO only slightly mocks Seung Chan, since she knows he's a rookie and lays out for him how much money Cindy would lose if they did the variety show.  Seung Chan essentially calls her cheap in his shy, unassuming way.  Luckily as she starts to get angry Joon Mo arrives and takes Seung Chan away, but not before insulting the CEO.  Cindy finds out that Joon Mo was the one that bought her food instead of Seung Chan. But she seems quite impressed by both of them.

Seung Chan and Joon Mo go out to dinner, where Ta Ho shows up and the two keep giving Seung Chan shots even though he clearly says he's not a good drinker.  Cindy who is now back home posts an anonymous comment online asking what it means if a guy asked for her number to return his umbrella and she thought he was flirting, but it turns out he just wanted his umbrella. Responses range from 'maybe he's shy' to 'he doesn't like you'. Looks like Seung Chan has piqued her interest.  The episode ends as we see Seung Chan showing up at the apartment that Ye Jin and Joon Mo share with the snacks he had bought for her earlier. He's drunk. He passes out and Ye Jin catches him and...that's all for today.

So whoo *wipes brow* a lot happened, let's talk about it.

-Sad to say this episode was a little slow. I mean, I enjoyed it, but it took forever and I did yawn a few times.  Now we have to remember we're starting out with a new director so that could be a speed bump, but it's a bummer that it turned out like this when I felt like the old director had really started to pick up the pace during episode 2. Still, let's give it a couple more episodes due to the unusual circumstances.

The dream sequence in the beginning where Seung Chan was in a variety show was a really cute intro. I was hoping it was real.

-The fact that Koreans still get milk delivered to their door is something I find strange, but absolutely beautiful because it reminds me of a simpler time (that unfortunately went extinct in America before I was born).

-Does Seung Chan put any thought into what's going to show up on the documentary?  Blantlly spying on his superiors might not bode well for his future.

-It's so perfect that Ye Jin is the one to open the can for Joon Mo when he can't do it himself.

-It melted my heart to see Joon Mo come running every time Ye Jin got dumped, adorable! She is definitely in love with him, though, the cherry blossoms just further proved that.

-I can't decide if Ye Jin is softening up to Seung Chan or just messing with him. I think it's a little bit of both.

-I don't think Cindy is affected by the negative comments for the most part, because I think that she agrees with most of them. However, I think it's also obvious that she's desparate to be seen and loved for herself.

-Is Hani okay with them doing a story about her getting arrested? I suppose she still kind of comes out looking cool in the story.

-Did anyone else notice that there was a picture of Park Min Woo on the whiteboard in the variety show room? No? Well, that's probably just because I love him.

-It says a lot about the type of character Seung Chan has if he labels a top star as "umbrella return" in his phone.

-Is Ye Jin's plan just to have Seung Chan buy her things until she earns $800 back?

-Seung Chan's dad doesn't seem as nice as I first thought he was. He's kind of an arrogant jerk and I'm glad Seung Chan's mom stood up for himself. I'm hoping he's just misunderstood.

-The forefront thought in my head while watching this episode was "Man, Kim Soo Hyun can act". He really can. He's just as believable as shy bumbling newbie as he was a sexy confident alien.  I guess he deserves all the credit he gets.

That's all I've got for you for now. Tune in Sunday for the next episode. In the meantime you can catch up on the previous two episodes below.