Hello again friends and future friends! It's good to be back.  So I don't know if you noticed but things are getting super intense on Producer.  Let's recap what's going on and then talk about it.

So when we left off Seung Chan had just kissed Ye Jin which left half of us Producer fans upset and the other half ecstatic. Such a divided fanbase on this drama. Lol.  Anyway he quickly realizes that it was a brash move and Ye Jin can do nothing but scoff.  She doesn't give an answer to his confession and seems neither moved or put off by it. 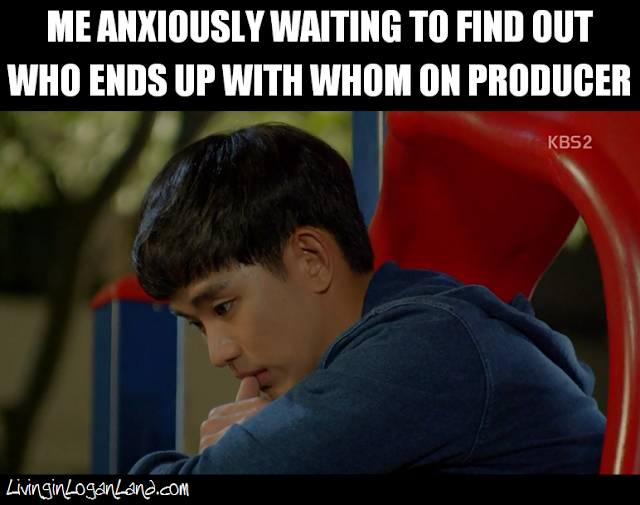 Seung Chan tells her that given time she could start to see him in a new light now.  Ye Jin returns to Joon Mo's place where she asks him if she thinks she's only tough on the outside like Seung Chan mentions to her before. Joon Mo tells her that she deserves love and that she's easy to love. *Ahhhhh* 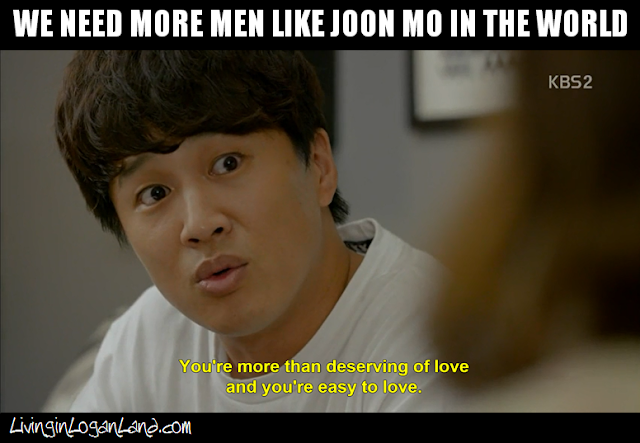 The next morning Ye Jin is finally moving out of Joon Mo's house. She tells Joon Mo that she's glad he's in her life and heads off to her new place with the moving truck. At work Tae Ho takes Joon Mo and Seung Chan out to lunch after they get upset from learning the pilot show got good ratings.  He insinuates that 2 Days, 1 Night is going to be cancelled and Seung Chan does another one of his silly little pranks by bringing Tae Ho a coke but shaking the can first so Tae Ho gets covered in cola. But when they return to the office, the whole crew for 2 Days, 1 Night is starting to get looked down on.  Ye Jin is torn over what to make of Seung Chan's confession, especially when she still loves Joon Mo. Da Jung, the writer on her team, tells her to let go of whichever one she feels sorrier to.

Meanwhile, Cindy is looking through the clothes her stylist has brought her and isn't satisfied by anything she sees- it's all too cheaply made.  The stylist confides in Cindy that the Byunpire (Cindy's CEO) has convinced all of the sponsors to sponsor the rookie Ji Min instead.  Cindy also finds out that "Cindy the bum" is the number one search item accompanied with an animated picture of her in a beggar's outfit. Cindy's manager suggests it's all Seung Chan's fault. Cindy decides that she needs to see him right away to discuss what's going on- which is really just an excuse so that she can see him at all. She asks him what he's going to do about this being her new image. He tells her that he thinks it's a cute image, but apologizes anyway.  Cindy starts blushing when he says it's a cute image. 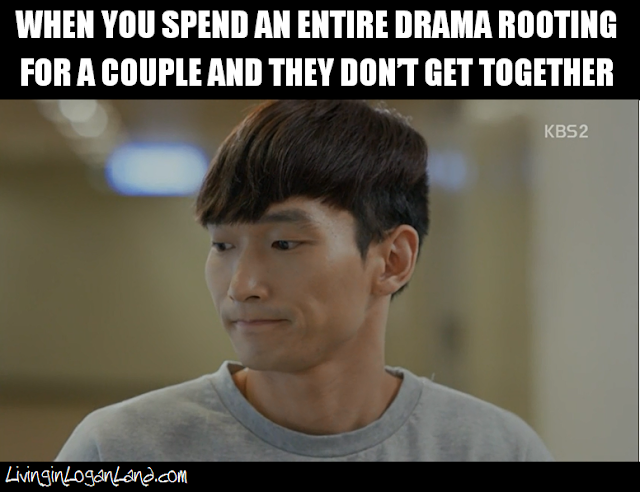 Ye Jin has moved into her new apartment, but the moving guys never showed up. Even though she told both Seung Chan and Joon Mo not to show up to her apartment, both did. They help her move her stuff and then they eat dinner together.  Afterward Joon Mo gives Seung Chan a ride back home. 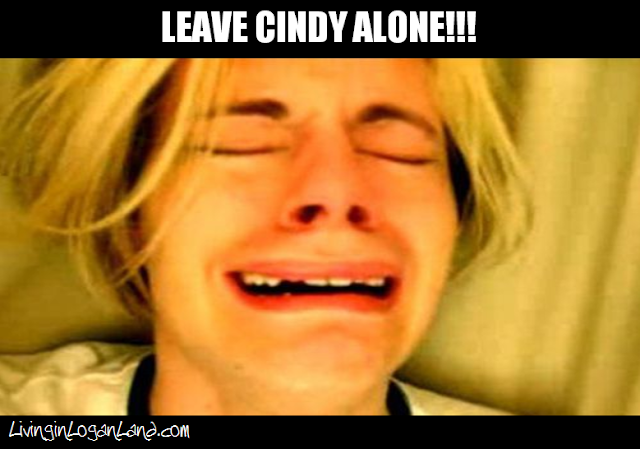 Cindy knows her life is going to be destroyed. News of Cindy's lies travel fast and the Byunpire is ecstatic. The public is outraged that she lied. Even KBS wants to kick her off of the show.  Seung Chan is sad for Cindy when he finds out. After what she confided in him, he knows that she wouldn't have intentionally lied about her parents when she loved them so much.  He goes to Joon Mo, who is also feelings conflicted about Cindy when he promised to look out for her. He's having massive flashbacks to years previous when he failed the other idol that the Byunpire destroyed.  He tells Seung Chan that there's nothing they can do because they have a responsibility to the rest of the show to do well. 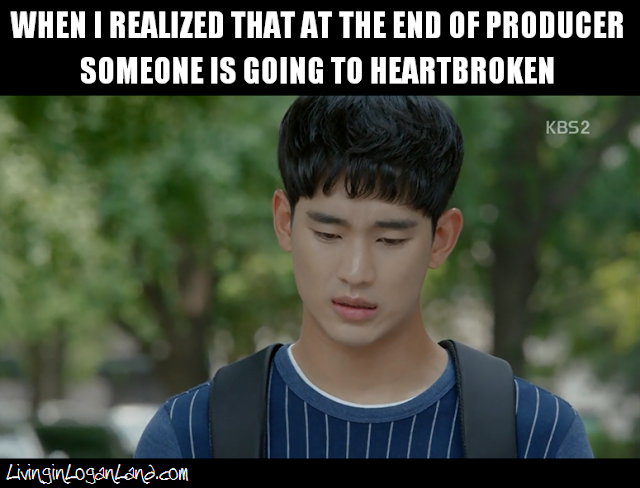 That evening Ye Jin and Seung Chan go to a movie and to dinner, which is the final payment Ye Jin owes to Seung Chan. Afterward she tells him that she's sorry. That whenever she sees him she feels sorry  and insinuates there's no future for them. Seung Chan tells her that feeling sorry could turn into gratefulness and then love, but when he leaves he starts to sob at her rejection. 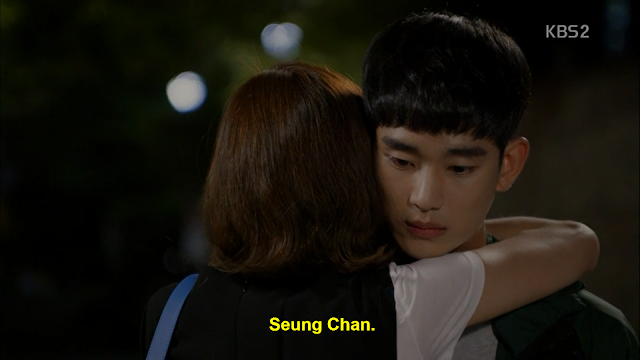 Cindy is at home all alone with no friends or anyone for that matter to comfort her.  Her manager expresses frustration at her for angering her CEO because of the state she's in now. He seems angry, but in reality he just feels really badly toward Cindy.

Back to Joon Mo who has been internally struggling over this Cindy business.  He knows that she's been struggling and that it was really the Byunpire who put her in this state. He remembers Yuna and how he couldn't protect her in the end.  When he has a meeting with Tae Ho and the chief and they tell him to replace Cindy with Ji Min, the rookie, he says no. He says that as the main producer he will accept the responsbility for keeping her on the show even though it may ruin his career.

Cindy is at home alone in bed and she wakes up to water being misted on her face. When she opens her eyes she sees Seung Chan. Then she notices her manager and the rest of the 2 Days, 1 Night crew.  Joon Mo tells her that they have to start filming.  Cindy is so touched that she started to cry. And that's where our episode ends. 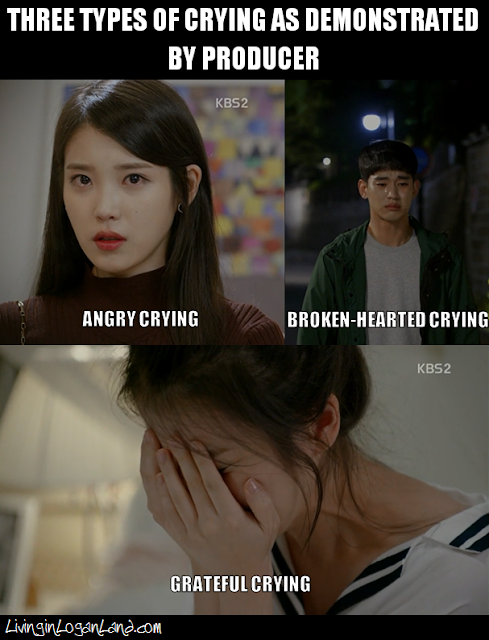 Whew! So what an episode, right? Here are my thoughts:

-I was completely expecting Ye Jin to go off on Seung Chan after he kissed her, but the fact that she didn't was kind of telling. She seemed to have no emotional reaction to it whatsoever, which is worse than if she was angry.  To me that says that she doesn't consider Seung Chan a man at all.

-If I was Ye Jin and Joon Mo told me that I deserved to be loved and that I was easy to love, I would have totally got the hint that he had feelings for me. Ye Jin, what are you doing? You're a confident modern woman, take the reins and kiss him already!!!

-Although I make fun of Seung Chan's pranks, they are totally the type of pranks I do. Although he does them to be passive aggressive and I do them because I childishly think they're hilarious.  I don't think either of us are cut out for pranks. Lol.

-I love how Cindy's manager actually cares for her a lot. He looks so pained and heartbroken any time something bad happens to her.  I think he just wants her to care about him just a fraction of the amount he cares about her.

-I'm surprised that Cindy doesn't really seem to care that she's called a bum but only pretends to be so that she gets to see Seung Chan.  I love that she turns it around to promote herself positively.

-Seung Chan is a borderline stalker at this point. His puppy dog love has turned pretty creepy. I think the fact that he replaced a picture in Ye Jin's house of her and Joon Mo as kids to one of him and her was the breaking point.  Maybe it's just me, but I do not find that at all romantic.

-Da Jung actually gave really decent dating advice. Here I thought she was all arrogance and no substance, but I have to give her credit on this episode.

-Okay, I tried to get all my other thoughts out before I started my rant but here it goes.  At this point, I don't think it's a secret that I'm a fan of Cindy so I was horribly upset and impossibly distraught by this episode. I want to murder the Byunpire in the worst way. She is the epitome of evil. How has no one taken her down?  When the two managers were watching the horrible interview looking completely agonized I couldn't help but wonder how they could continue to work for that monster? How?!? The fact that Cindy didn't have a single person to be there for her, to comfort her was heart-breaking.  Honestly, I was surprised that considering the relationship that her and Ye Jin were building that Ye Jin didn't reach out to her.  Super disappointed in Ye Jin on this account. But when Joon Mo decided to stand up for Cindy I was sooooo proud of him. My love for his character grew exponentially.  Seung Chan acknowledged her innocence, but I was kind of disappointed that he decided to go on a date with Ye Jin instead of check on Cindy when he knows she could have used his support.

-Sadly at this point I don't even know if I can root for Seung Chan to be with either Cindy or Ye Jin.  He's treated Cindy too carelessly in my opinion for him to deserve her and Ye Jin seems to apathetic to him for her to deserve him.  Realisitcallly a Joon Mo/Ye Jin pairing would be one of the only ones that I would find believable at this point. And trust me, it really hurts me to say this, because I had such high hopes for the Umbrella couple. Although admittedly, I will still not be disappointed if the Umbrella Couple comes into fruition.

-When Cindy woke up to find the crew of 2 Days, 1 Night in her room and started crying I started bawling as well. In my opinion it was one of the most beautiful Kdrama scenes I've seen.  As a viewer you could feel how isolated and lonely Cindy was and now that she finally had people who were supporting her you could feel her relief and gratefulness.  It was so humane and the confirmation to Joon Mo and Seung Chan that they were doing the right thing was evident.  Such a simple scene, but it said so much.  Total props to the writer and director here!!!!

Okay so sadly the next episode is our last. Can you believe Producer is already over? Far too short in my end. Well, join me tomorrow as we cry together either happy or sad tears. Until then catch up on all my other recaps!