The Scholar Who Walks The Night : Drama Diagnosis

Sorry I'm a bit behind on this Drama Diagnosis for Scholar Who Walks the Night. I almost forgot to do it entirely, but alas I came through.  It took me on a rollercoaster of emotion and as usual, I feel sad to know it's over. As usual, expect spoilers in this Drama Diagnosis. How else am I going to tell you how I felt about it? 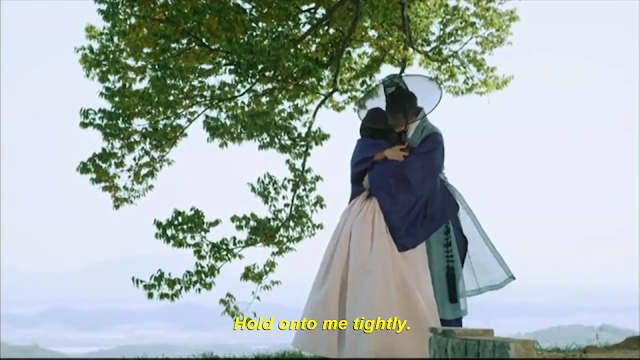 Brief Summary:  Kim Sung Yeol is a vampire known as The Night Scholar and has been in a centuries long battle with an evil and dictator-like vampire known as Gwi. Gwi lives under the royal palace and controls the royal family and the kingdom. Meanwhile Jo Yang Sun is a young woman who must disguise herself as a man in order to sell books to take care of her sick father and sister.  She encounters the Night Scholar and the two of them along with the Crown Prince and a team of other characters work together to take down Gwi.  Sung Yeol and Yang Sun fall in love despite the odds against them. It's a drama filled with love and loss and lots of...well, drama!


LoganLand Rating: 4.3 Stars
This was the first non-comedic historical drama that I have watched.  I was enraptured by parts and enraged by parts. The beginning drew me in and I was super hooked. Through the course of the series, the drama did lose a little bit of that momentum in my opinion. Character development halted at a certain point, which made the story fall a little flat.  But I’d still give the drama a thumbs up for creativity and storyline. It was super intense as there were a lot of drastic choices the characters had to continue to make.  I couldn't devour the episodes one after another because there was just so much emotion and sometimes darkness.  It was one of those dramas that you kind of feel like you were hit by an emotional train after you watch an episode. That is not a bad thing necessarily unless you really can't handle your emotions.  If you are someone who can get really upset by a drama, then maybe avoid this drama or at least watch it in moderation. Personally, I like that feeling; getting to experience a story so filled with strong emotions. The drama felt a little long, which is something I rarely say. But they really stretched out aspects of the plot until it was completely tired.  I think 10 episodes would have been plenty to cover the whole story.

Things I Loved:
-Gwi. He was a great villain. I think Lee Soo Hyuk has a really charismatic face and while I would love to see him as a hero, he was a great villain-one that was almost empathetic, but at the same time reasonably creepy. I didn't want to see him destroyed and would have rather seen him redeemed, but alas he had gone too far down the path of evil to ever be good again.

-Lee Yoo Bi. Her acting was great. She played Yang Sun as someone who was cute and innocent, but not helpless.  It was easy to see why nearly everyone who knew her wanted to protect her. And she was WAY more forgiving than most people. After all, out of what they believed to be necessity, pretty much everyone she loved betrayed her in one way or another and she didn't hold it against them (or at least didn't hold it against them for long).

-Sung Yeol. Okay, it seems that I'm going with a theme here. As I'm writing this it becomes obviously that what I liked most about the drama was the characters and the night scholar was a great character. Even though I would like to have a few strong words with him about how to treat a woman that you claim to love, I did find him rather dashing. He had the dark, mysterious thing down pat and was very very manly. I approved whole-heartedly.

-Vampires. I love me some supernatural creatures.  There was a lot of blood shed in this drama. Quite a bit more than the other vampire Kdramas that I've seen as of late as I was okay with it, but if you don't like blood then this drama is not for you. There's a particuarly disturbing scene with Gwi biting a young girl while she's in a bathtub. She's clothed, but it's still real disturbing.

Things I Didn't Love:
-The romance. I just didn't buy it. As much as I wanted Yang Sun and Sung Yeol to be together, the chemistry wasn't there. The Crown Prince's emotion toward Yang Sun felt so much more real.  I blame Sung Yeol for this.  He just didn't really seem to like Yang Sun as much as he said he did.

-The torture. Man, I really didn’t like seeing a woman tortured, especially one as naïve looking as Yang Sun. It just wrenched my guts for some reason.  Sure, it wasn't incredibly realistic, but the fact that the people who supposedly loved her were letting that happen to her just really boiled my blood. It was disgusting, especially when they learned she was a woman and not a man and still continued.

-The Crown Prince. Excuse my language, but he was just a douchebag. There's no other way to say it.  He always had this whiny helpless look on his face. He did hardly anything to protect those he cared about and pretty much anyone who had any sort of relationship with him ended up dead, tortured, or something equally horrible.

-The Pace. Honestly, there were just a lot of times when the drama went really slowly. While I enjoyed the story, I found myself tempted to do other things while watching the drama just to keep myself entertained.  I don't know if that's just a historical drama thing, since I'm relatively new to them, but it was hard for me.


Resolution: 60%
We do get to see a glimpse of our characters a couple months down the road. Yang Sun has become a teacher to children and is living her life as a woman finally but hasn't seen Sung Yeol since the night they defeated Gwi.  He shows up and they're reunited, but other than that we don't really know what the future holds. Realistically they don't have much of a future together. Unless he turns her into a vampire she'll grow old and he'll stay young forever. We know it's not really going to work and things are kind of left hanging. I really hate it when a drama ends like that, but there's not really a possible happy ending to this story unless Sung Yeol had become human again which didn't happen.

Yeah, this drama has some faults, but I still really enjoyed watching it.  It just made bored sometimes and angry other times, but overall it really is a great intense drama.  I'd recommend it for anyone who loves dramas with intense emotions and vampires.