There are so many awful parents in Kdramas that this was a difficult one to choose. Ultimately, I chose the parental figure that gave me the strongest feeling of hatred upon remembering their character and that was Young Ja from Hundred Year Inheritance. 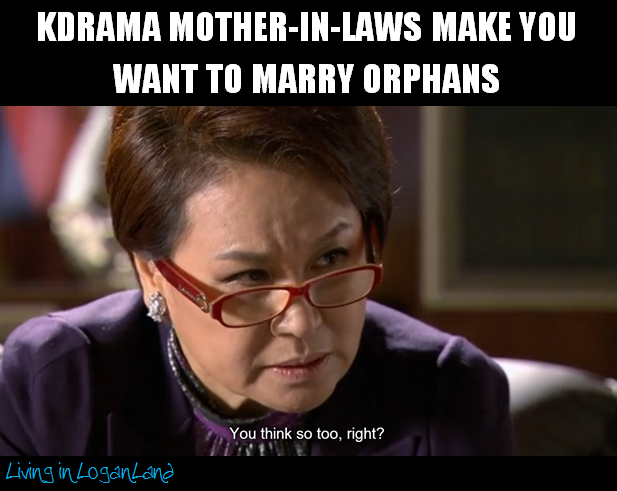 Now this is another longer, more obscure Kdrama so let me give a brief summation of the plot: Chae Won is an unhappy housewife. Her husband is cold and abusive and her mother-in-law is cruel and demeaning.  Eventually she's had enough and tries to divorce her husband, but her mother-in-law has her sent to a mental instruction so that she can't. She manages to escape with the help of Se Yoon, a chaebol who meets Chae Won when he visits his friend and eventually realizes Chae Won shouldn't be there. Once she escapes Chae Won divorces her husband and returns to her family home and to the noodle factory that her grandparents run. Together along with the rest of her family they turn the noodle factory into a successful business once again and Chae Won and Se Yoon help each other heal from their difficult past relationships.

This is one of those 50 episode daily dramas. I know a lot of people avoid them because the number of episodes seems daunting, however in my experience the character development is so much more rich and the romantic payoff so much more rewarding in these dramas. That's my little PSA for why you should give them a chance, but now let me get into why I chose Young Ja as WORST parental figure. 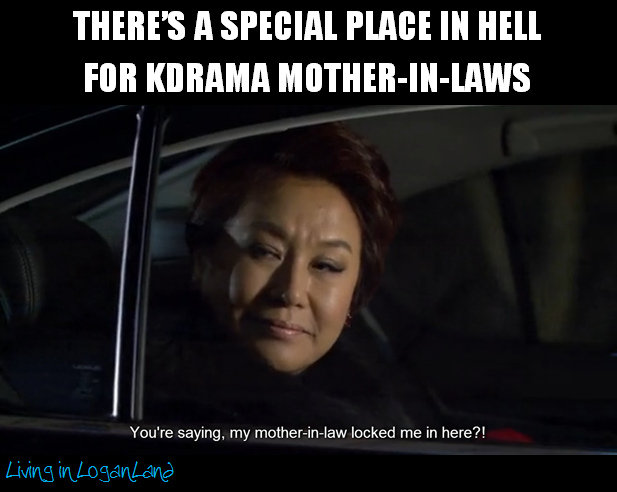 Young Ja is Chae Won's mother-in-law. She allows her son to marry Chae Won only to make him happy, but never intends to allow Chae Won to be part of the family. From Day 1 she takes steps to make sure Chae Won doesn't get pregnant and refuses to acknowledge her in public or to others.  She allows her husband to be abusive and cruel to Chae Won and still acts as though Chae Won deserves all the cruelty she receives.  Yet when Chae Won tries to get out of the toxic situation, Young Ja has her locked in a mental institution.  That's really what made me despise her.  Watching sweet Chae Won stuck in an institution was heartbreaking. What was particularly devastating is that Chae Won has this big family that really adores her. Her father, grandparents, uncles, aunt, and cousins would do anything for her and yet they don't even know what's happening to her.

It was evil enough that Young Ja treated Chae Won so despicably, but even once Chae Won gets free of her grip, Young Ja still won't leave her alone.  She shows up at her house all the time to alternatively threaten and bribe her. All the while she completely spoils her own children. I feel like I can't really put into words house despicable this woman is, but trust me.  She's awful.

Has anyone else seen this drama and is willing to corroborate how awful she is? Any other horrible parental figures that you've seen in Kdramas?