I have to be honest, when I was trying to think of all the confessions/proposals that I've seen through my Kdrama history, I realized that I couldn't remember very many. I think that's because a lot of the romance happens to so gradually that a confession isn't really necessary or that because so much has already happened between the leads that it's not really that memorable. As far as proposals, they're typically thrown in at the end of a drama and are often rushed. It could also be a matter of my memory. But either way I was left with just a few memorable confessions/proposals that I could remember. So ultimately the confession/proposal I chose was from In Ha in Pinocchio portrayed by Park Shin Hye. 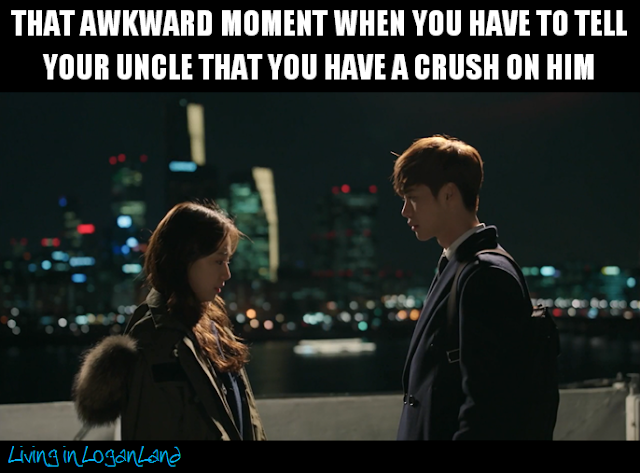 I'll give most of the credit to this being my favorite confession to Choi In Ha's Pinocchio Syndrome.  The fact that she can only tells the truth not only makes her character refreshing, but also eliminates for the possibility of sooo many Kdrama clichés including denying one's feelings or lying to the other person about your feelings for them.  In Ha can't do this.  As soon as she realizes that she has feelings for Dal Po she knows she has to tell him. Even though she knows how complicated it makes thing with the fact that he's her adopted uncle.

In contrast Dal Po has been harboring feelings for In Ha for some time but has never told her and in fact treats her coldly. Yet, we don't have to wait 15 episodes for In Ha to acknowledge her feelings. She realizes that she likes Dal Po as more than just her uncle - wow that sounds a lot more creepy than it is - anyway, she realizes she likes Dal Po and she tells him. She acknowledges that it's weird and tells him she'll try to get over him. In Ha is very cool about it. I love that she doesn't let her Pinocchio syndrome get the best of her. Even though, it makes her do these really awkward things she acknowledges her feelings and moves on. She doesn't dwell. 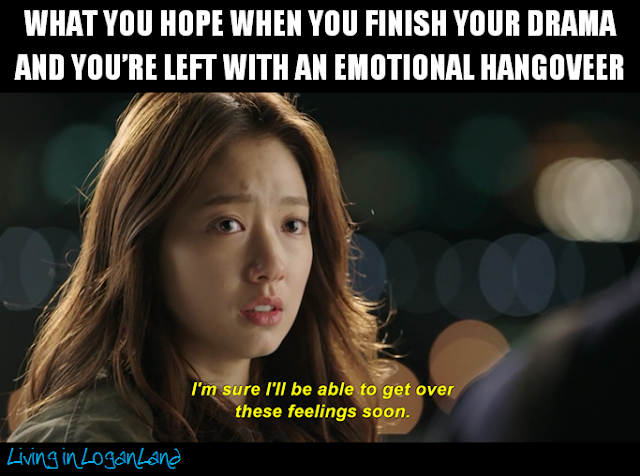 You've got to love Dal Po's reaction to this situation because he's got so many mixed emotions. On the one hand, he finds out that the girl he likes like him back and he can't believe it. He's harboring this secret crush that he thinks could never be possible, but he was wrong. She likes him back. You can see that he wants nothing more than to take her in his arms and kiss her. But at the same time, he knows he can't tell her how he feels. Firstly he promised In Ha's dad he wouldn't make the moves on her and also In Ha's mom pretty much ruined his life and he has a difficult reconciling that. So instead of getting to tell her how he feels in reply he just has to awkwardly stand there and try to keep his emotions restrained. Then he has to watch as she tries to get over her feelings for him, even though he doesn't really want her to.

Thankfully he only has so much self-control. Eventually, he decides he can't keep his feelings to himself anymore and his confession isn't so much in words but actions with a startling back hug and then a beautiful kiss in the snow.

Ahhh...you can't help but adore this darling couple. Anyone else appreciate the honest and upfront approach to In Ha's confession? Any other confessions/proposals you loved?

If you've been missing out on my 31 day Kdrama challenge so far, you can follow along with this link.