Happy Sunday, friends! For my US friends, I hope you're all enjoying this Memorial Weekend while taking the time to remember and honor those lost while serving our country.  The memorial part of Memorial Day unfortunately gets overlooked a lot. Anyway, things have been moving right along with Entertainer with some major emotional developments this week-at least on my part. So let's break it down.

Episode 11
The episode starts after Suk Ho and Ha Neul have just released the article about Ha Neul being falsely accused for sexual assault to prevent Ktop from releasing it first.  The rest of the band is worried about Ha Neul and it hurts them equally to know that people are saying bad things about Ha Neul.  They all agree to go online and not read the comments and just focus on practicing.  Meanwhile, Jin Woo's guilt is eating him up and he wants to come forward and reveal the truth. He manages to get a copy of the video that the wormy manager has of him 'committing the crime'. 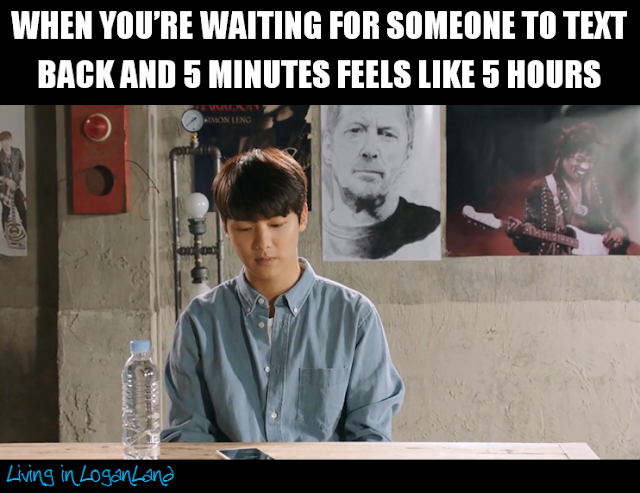 Despite the agreement, Ha Neul eventually breaks down and reads the comments, all calling him a liar and a pervert and he takes it pretty hard. So hard that he ends up in the hospital after collapsing.  Kyle, Yeon Soo, and Jae Hoon hearts are breaking at the amount of grief that Ha Neul is going through.  Man Sik and Smiley try to think of a way to cheer up the members after all the negative feedback they've been getting and so they prepare a surprise fanclub meeting. 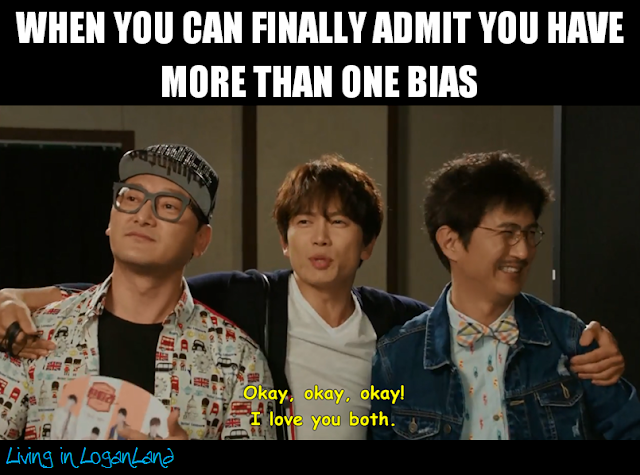 The members pick Ha Neul up from the hospital and go straight there, not knowing what they're heading into and are moved nearly to tears. Suk Ho is proud of his friends for doing this for their kids and glad that they have something to lift their spirits.  Unfortunately little Chan Hee also had a performance at school that Yeon Soo obviously wasn't able to attend because of the unexpected fan feet. So Min Joo goes instead to make sure Chan Hee has someone there. Then afterward Min Joo brings Chan Hee to the fan meet. 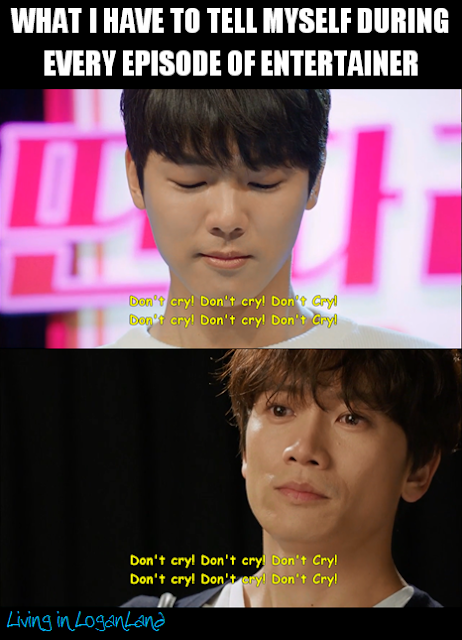 Ha Neul thanks his fans for their encouragement, expressing what a difficult time he'd been having when he breaks down on stage and the rest of the band too thinking of the difficult time he's had when the fans start shouting encouragements to him. It's really touching. Except there's one girl in the audience who just stares at the band on stage. Suk Ho panics when he sees Chan Hee there, because the fans don't know that Yeon Soo has a son. Suk Ho is about to bring Chan Hee out of the theater,  when Yeon Soo sees Chan Hee silently smiling at his dad and encouraging and knows he can't deny him.  With a nod of approval from Suk Ho, he tells all his fans that he's a father and has Chan Hee come on stage.  Everyone is proud of Yeon Soo, especially Min Joo who thinks it's a manly move.  Ooooo...I think I've found my OTP in Min Joo and Yeon Soo. Surprisingly, even Kyle is happy that Yeon Soo claimed his son hinting that maybe Kyle's own family denied him. It seems that he was likely adopted. 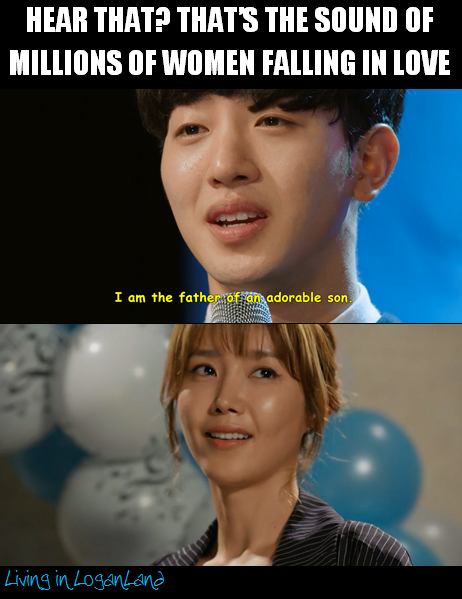 Suk Ho holds a press conference where he's going to reveal that Ha Neul was set up, but not name any names just yet. Jin Woo shows up to the conference and announces that it wasn't Ha Neul and instead was him and while he won't make any excuses he shows the video showing someone there setting it up and says there's more to the story.  At the same time Ktop holds a conference saying Jin Woo is the culprit and Ji Young/Luna only lied because she was scared of him.  So Ha Neul's name is cleared, but of course Suk Ho doesn't feel good about because Jin Woo is still being framed. And I don't feel good about it either because I've grown to like Jin Woo and I believe the fault is entirely Ji Young's. 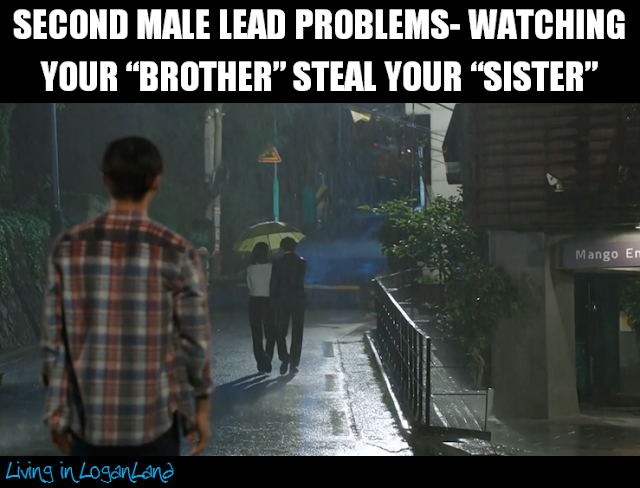 The episode ends as it starts to rain that night and Geu Rin goes to greet Suk Ho with an umbrella, a green umbrella. Get it? G-reen, Geu-rin? They sound similar. Anyway, that one took me awhile. I'll have to admit there is some palpable tension between the two now and I'm no longer anti their relationship. Still, it was devastating to watch Ha Neul from a distance seeing their romance begin to blossom.

Episode 12
In Episode 12, the strange woman from the fan meet comes to see Min Joo at the Mango Entertainment office. It turns out, she's Chan Hee's mom and wants to meet up with Yeon Soo. Meanwhile, Yeon Soo gives some advice to Ha Neul about his feelings for Geu Rin.  He reminds her that she thinks of him as her brother and so a sudden announcement will be shocking. He needs to set the mood and go on a date with her to warm her up to the idea.  Min Joo delivers the letter from Chan Hee's mom to Yeon Soo and he's torn about what to do. Suk Ho goes to see Ji Young at Ktop. He shows her the pictures he has of her dragging Jin Woo out of the club on the night he 'assaulted' her and tells her he will release them publicly if she does not give him the video that her little brother took showing how creepy manager Joo Han helped set everything up that night.  He also sees Joo Han while he's there and tells him there's no avoiding the fact that he's going to prison.  Ji Young and Joo Han both know that the CEO is going to throw one of them away, but they're both hoping it's going to be the other. 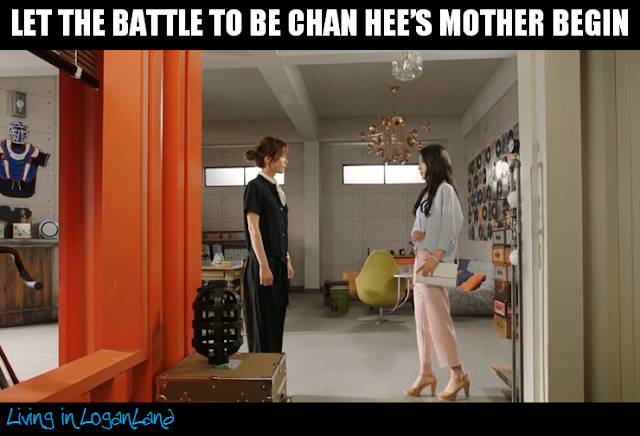 Jin Woo decides that he and Chan Hee will meet up with Chan Hee's mom. Geu Rin has spent the day going from radio station to radio station on Entertainer's band's behalf and Suk Ho is disappointed that she hasn't been in the office all day. Eventually, he does see her and while their romantic feeling haven't been announced yet, it's strongly implied when they both agree to see each other every day even if they're busy. Their relationship has become very flirty in the office. Meanwhile, Ha Neul gets Geu Rin to agree to take him to go see the stars as a means of getting her to go on a date. Of course Geu Rin doesn't know this so she is planning on taking Kyle and Jae Hoon too. 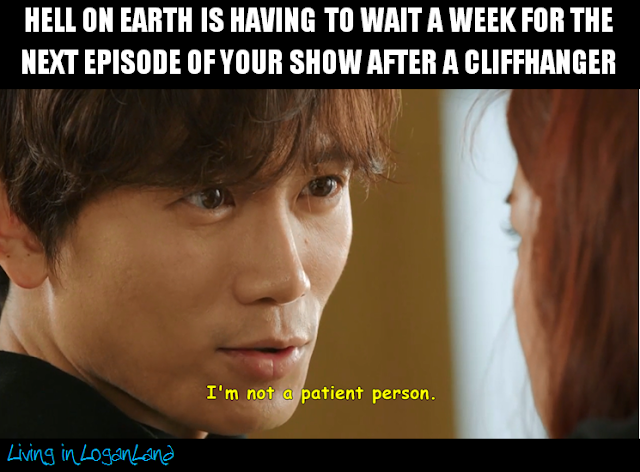 Yeon Soo isn't able to come as he has plans to meet up with Chan Hee's mom. They meet up with her in the park and don't tell Chan Hee that she's her mom. While Chan Hee plays, she explains to Yeon Soo that her mother had pressured her to return home and one day she was having a bad day and her mom was waiting and she couldn't take it anymore.  Yeon Soo tells her not to feel bad, that he felt bad for taking her away from her life when she was in her prime and that he and Chan Hee are living good lives now because of the people they're surrounded by.  She reveals that she's getting married. 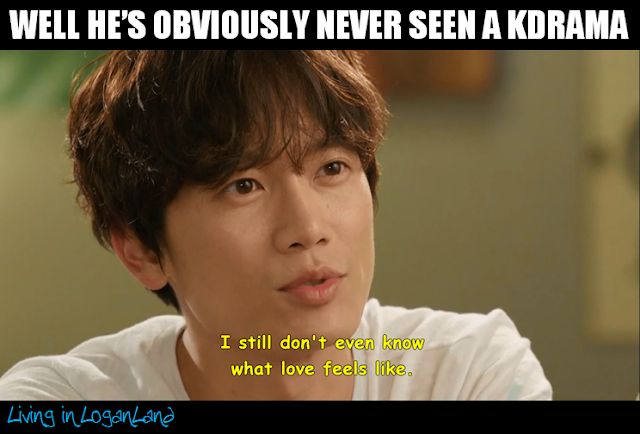 They have a final meal together and while they're eating, Chan Hee's mom pours water for Chan Hee and cools off his food. He watches other mother's do the same around the restaurant and being a smart kid it seems as though he makes the connection. Chan Hee is sleeping when they arrive outside the Mango office and she leaves. When he wakes up, he starts sobbing asking where his mom went, saying he knows she was his mom. Yeon Soo starts sobbing too and it's really the most heartbreaking scene ever. Why did she even come into his life at all if she was only going to leave again right away?

Min Joo comes out to see Chan Hee crying and pushes Yeon Soo out of the way so that she can comfort Chan Hee herself. Chan Hee tells her that his mom isn't coming back and she's so sad for the little guy and just holds him.  Yeon Soo is crying too and so Min Joo puts a hand on him for comfort as well. After they've cried it out, Min Joo tells him to not focus on why she left.  She tells him how cool he is and what a great guy and father he is. I'm telling you these two (three really) are meant to be. 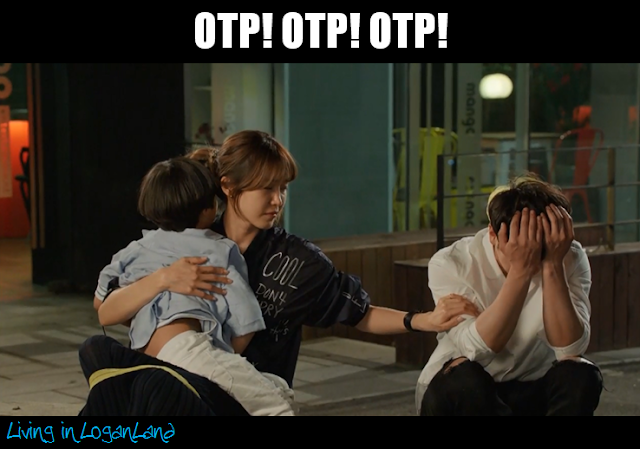 The CEO had tried to convince Ji Young not to fall prey to Suk Ho's threat and promised he would throw out Managaer Joo Han and protect her so as it nears Suk Ho's deadline it looks like she's not going to send the video. But Ji Young, realizing what a slimeball the CEO is knows that once he throws Joo Han out, she's next. And so she sends the video to Suk Ho.

Meanwhile, Geu Rin and Ha Neul along with Kyle and Jae Hoon are at an observatory looking at the stars.  Ha Neul takes her aside and presents a set of couple rings to her and tells her they should date.  And our episode ends on that skin-crawling cliffhanger. Seriously though, how creeped out would you be if a guy that you though of as your brother one day tells you "let's date". Hopefully, she handles it better than I would. We'll have to wait until next week to see. Until then, you can catch up with all my recaps on Entertainer so far here. What are you guys thinking of this drama so far? Let me know! And until next time, embrace the Kdrama friends.
at May 29, 2016