Hello friends! Hope your week went swell and that your weekend goes better.  Coming back at you this week with some short recaps and, as always, memes!!!  Entertainer continues to go places I wasn't expecting and really avoids the big Kdrama cliches. I'm loving the relationships and the attitude of these character. So without further ado, let's do some recapping.

Ha Neul confront Jin Woo now that they both know that the other knows.  Jin Woo indicates that he thinks he's a victim too and leaves. Ha Neul leaves shortly after to find Jin Woo having a bit of a breakdown so he calls Jin Woo's insurance company to come get his car and bring Jin Woo back to Seoul in a cab where Suk Ho takes care of him from there.  Later, Suk Ho and Ha Neul share a touching scene where Suk Ho tells Ha Neul that he's the same as a little brother to him and they hug. It's adorable, tear-inducingly adorable. 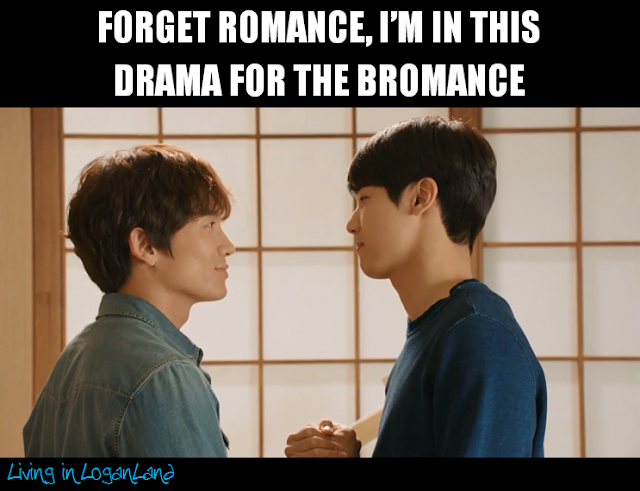 Meanwhile, Geu Rin is going around trying to promote the band in any way that she can. Jae Hoon is still absent after being taken away by his mom. Suk Ho goes to see Jae Hoon to make sure he still wants to be in the band and then to Jae Hoon's mom to convince her that it would make Jae Hoon happy, and eventually to Jae Hoon's dad. Jae Hoon's dad feels guilty for how Jae Hoon's had to live his life and encourages him to run away and back to the band. Jae Hoon decides not to, but when the band shows up at his school, he decides to go with them instead of his mom. He's following his dreams and being in the Entertainer band is something that he really loves to do. 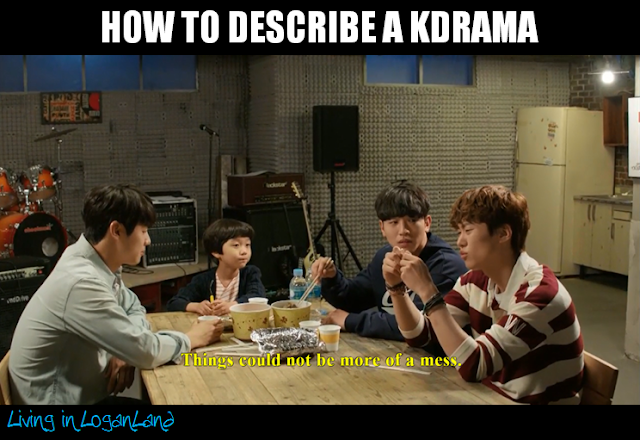 Jae Hoon moves in with Geu Rin and the rest of the band. Now they really are all like a family. Geu Rin goes to see a festival organizer about having the band perform at the festival, when the organizer is running late. Suk Ho finds a picture that he drew of himself standing out in the rain that Geu Rin added onto so that he had an umbrella and tells him she'll be his umbrella. He goes to where Geu Rin is and it's clear that he has definite feelings for her now and the episode ends as we see him looking at her longingly through a window. 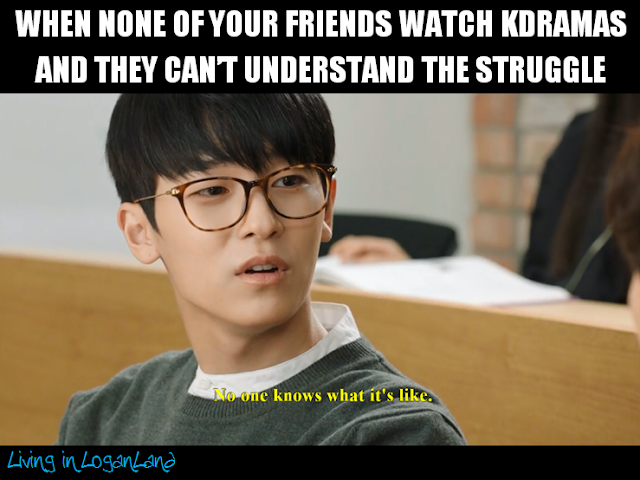 The festival organizer has been delayed, so it looks as though Geu Rin and Suk Ho will have to spend the night (different rooms, thankfully). Ha Neul finds out and isn't happy. He want to get to Geu Rin at any cost. Yeon Soo confronts Ha Neul about his feelings for Geu Rin and suggests he confesses before it's too late.  Suk Ho overwhelmed by his newly discovered feelings for Geu Rin heads back to Seoul early. 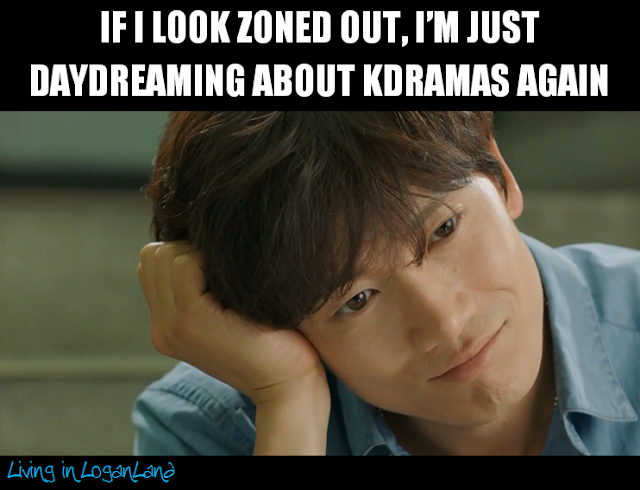 KTOP's CEO is going crazy over the fact that he hasn't been able to take down the Entertainer Band yet and orders his minion to find a reporter to release the story of Ha Neul's arrest and sexual assault. Meanwhile, the festival organizer agrees to have the Entertainer band perform, but Geu Rin is still unclear as to what type of festival it is. Another reporter warns Suk Ho that their is a reporter investigating Ha Neul's arrest and that the story is going to be released. 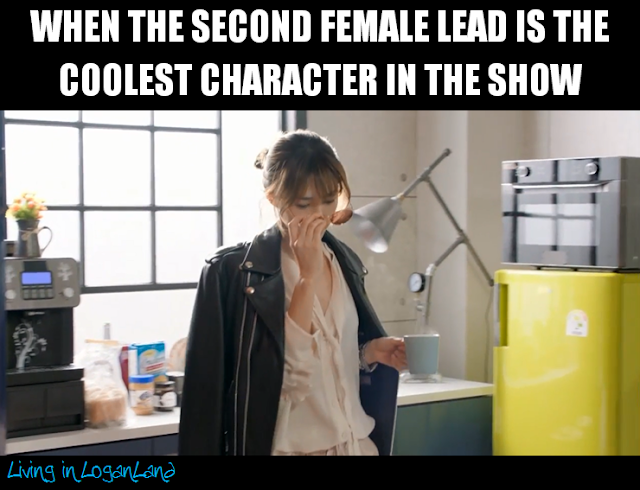 After discovering evidence that Ji Young's brother was at the scene of the crime the night of her alleged assault, Suk Ho confronts her and she panics although denies he was there. She calls her brother and tells him to deny it.  Suk Ho also meets with her father, who was suspicious of the whole crime to begin with and now is urging Ji Young to tell him what really happened. 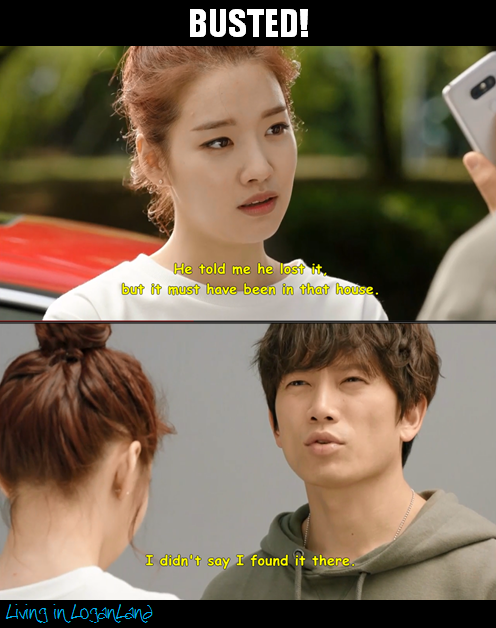 The band shows up at the festival to find it is a festival for the elderly. Still, they get on stage and play and when the Senior Citizens don't seem into it at first, Suk Ho has them speed up the tempo and play the song trot-style, which is a big hit. The festival organizer records them and posts the video online which leads to a huge boost in the band's popularity and people begin to recognize them in public. 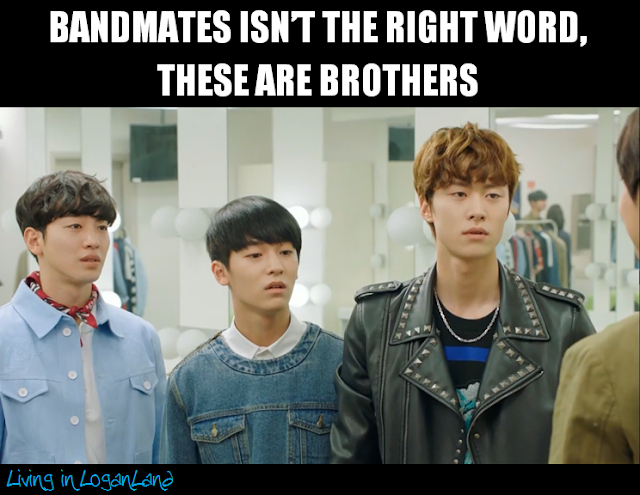 Suk Ho tells Ha Neul he has something to tell him and presumably tells him about the article going to be released. Next we see the Entertainer band show up at a TV studio to film. As they are there the article about Ha Neul was released, but by a different reporter than they suspected and that is because Suk Ho and Ha Neul decided to release it themselves. As to whether it'll help or not we'll have to see.  The rest of the band is concerned for Ha Neul and is worried about going on stage, worried that it's too much for Ha Neul and that he's hurting. But Ha Neul feels even stronger for having the support of his bandmates.

The episode ends as we see the band walking toward their performance oozing coolness and knowing full well that it could be their last ever.

The friendship in this drama continue to touch me and I can't wait to see where they go from her.  You can follow along with all my memes and recaps for Entertainer so far here.