Oh boy, oh boy, friends, do things get interesting as we find ourselves in the present day world of Doctor Crush. Old friends and rivals reunite. Will things resume where they left off or are the older, more mature versions of their characters ready to take over? Let's find out.

We start by seeing Hye Jung in a jewelry store picking out a gift and getting into her nice car. It's clear she's done well for herself, although she makes it known that she never started a family and has been single all along. It turns out her run-down with the mob boss also happened to be her first day in the hospital and already her underlings know not to mess with her. 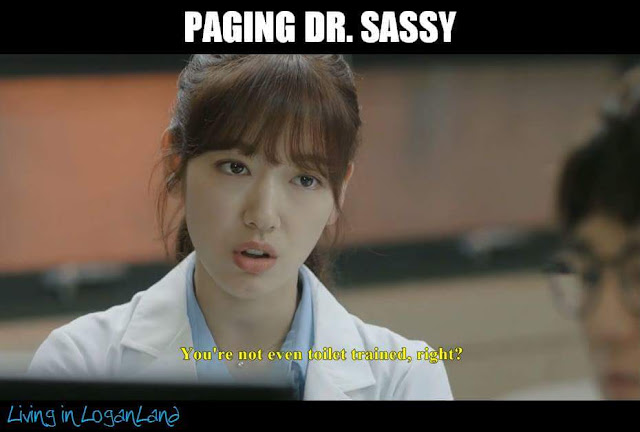 Seo Woo rides with her crush/colleague Dr. Yoon Do back to the hospital. On the way there, she reveals she froze because of the trauma she had when she was in high school where she almost died in the fire because of a 'bully'. Perceptively, he assumes that she did something mean that caused the bully to confront her. When they get to the hospital he performs surgery on the woman from the restaurant, but is also furious with Hye Jung and demands to see her after his surgery is complete. She goes across the street to wait at a cafe, which turns out to be run by Soon Hee and they're still the best of friends. It's friggin' adorable, really, how close they still are. It was Soon Hee that Hye Jung had picked up a gift for in the jewelry store. If you don't have family, friends are the only ones you have to treat after all. 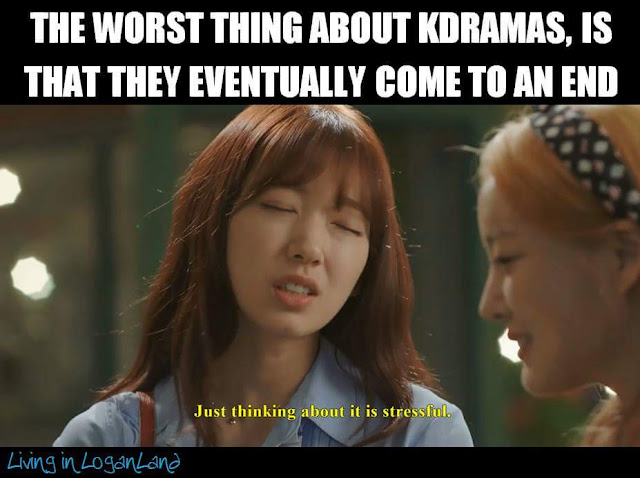 Yoon Do is irritated at Hye Jung's insolence and doesn't believe he should have to chase her down to a cafe, so he calls her back to the hospital and she obliges him. He demands to know what she was thinking, especially since it was her first day. She tells him it was necessary to save the man's life and he says that it's yet to be seen if that was the case. 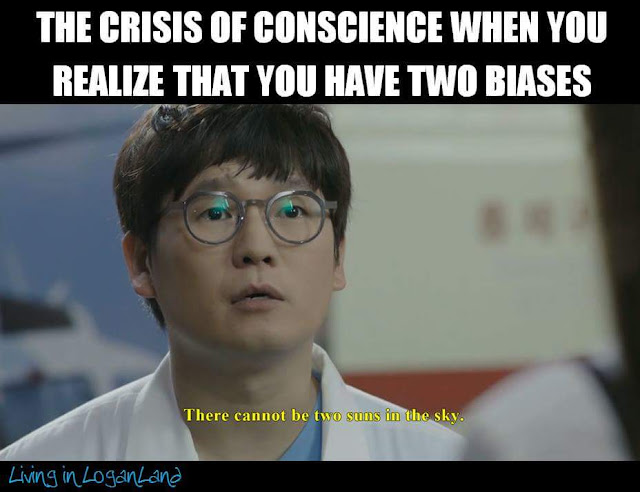 As Hye Jung's leaving, Seo Woo comes into the office and is more than surprised to see Hye Jung there and less than happy. The two have a brief discussion in the hallway where Seo Woo accuses her of coming to the hospital because Ji Hong will be coming there.  By the look on Hye Jung's face, it appears as though she didn't know this, but doesn't bother arguing with Seo Woo. As Hye Jung's walking away Seo Woo yells out to Hye Jung and tells her not to forget that Ji Hong is married to In Joo. WHAT!?! 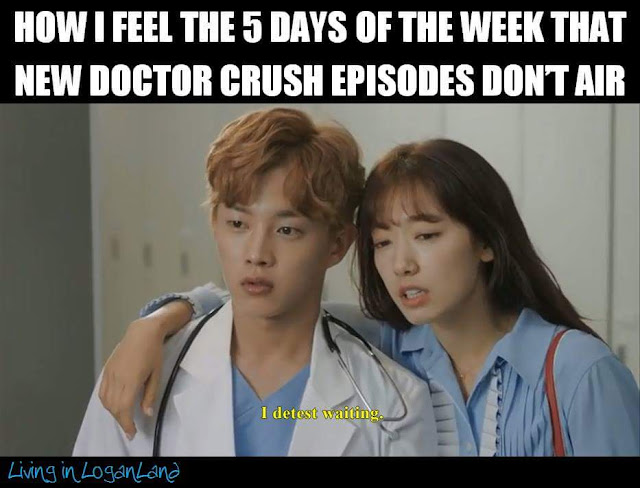 Meanwhile we see Ji Hong on a plan, in first class, flying back from somewhere when the woman next to him collapses. He gives her medical attention, as he's back to being a sexy doctor, and informs the pilot that she needs to get into surgery within 5 hours or she will die. Hye Jung is attending to her patients in the hospital, when they get the news that an emergency patient is being helicoptored in.  When the helicopter touches down, Hye Jung is stopped in her tracks to see Ji Hong emerging and he is shocked to see her too.  They greet each other and the first thing he asks her is if she's married or has a boyfriend and he's happy that the answer to both questions is no. 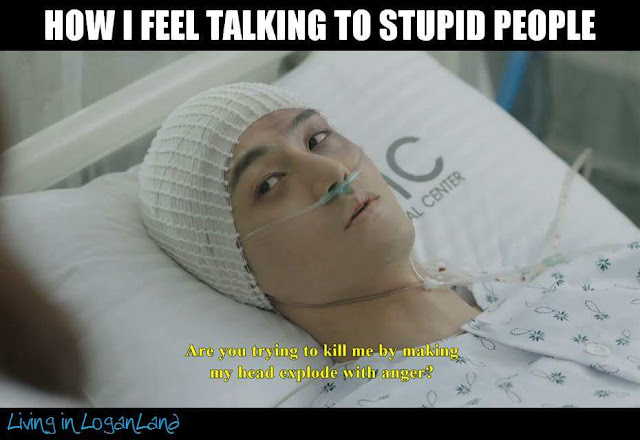 He gets ready for surgery and is curious as to what Hye Jung's role at the hospital is and lets her know that he's been looking for her for the last 13 years. He goes into surgery with Hye Jung there to assist him and it becomes clear to him that she has become a neurosurgeon. While Hye Jung and Ji Hong are busy in surgery, the hospital director reveals to the other doctors that Ji Hong was never married and that it was just a rumor. We get to see a flashback of Ji Hong and In Joo apparently breaking up, with her telling him that he's had someone else in his heart and implies that it's Hye Jung. He doesn't deny it. It looks as though both Hye Jung and Ji Hong have had only each other on their minds for the last 13 years

After the surgery, Ji Hong's a bit flirty with Hye Jung but she is having none of it because she still thinks he's married, which only confuses him.  Seo Woo's dad and grandfather are trying to convince the board to build a new Senior center, believing that it will make them a lot of money, but the board turns them down. 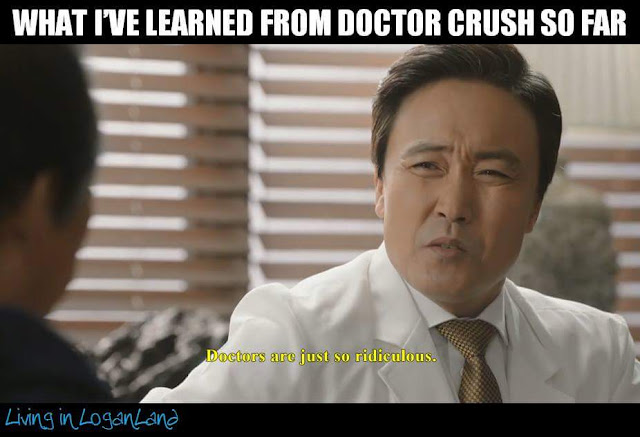 The doctors in the hospital are having a conference to determine if it was necessary for Hye Jung to bring the mob boss into emergency surgery without waiting for Yoon Do to show up and it turns out that, based on the facts, it was.  Ji Hong is there to witness this little triumph for Hye Jung and then to introduce himself to the other doctors. It is announced that Yoon Do and Ji Hong will be teaming up to work with Hye Jung and Seo Woo and it is up to them to choose their partner.

Seo Woo expresses interest in working with Yoon Do but Hye Jung says she doesn't care. It'll be interesting to see who teams up with whom. Seo Woo has a meeting with the director where she tries to convince him to get rid of Hye Jung as an employee. It's kind of ridiculous to see that after 13 years her pettiness is still in tact. The Director feels it's just as ridiculous as I do and dismisses her.

Hye Jung tries to get access in the computer's system to her grandma's files from 13 years ago, but finds it's restricted.  Oh, it looks like Hye Jung's return tot his hospital is to get justice for Grandma's death. Yoon Do approaches Hye Jung and while it appears he won't apologize at first, he does end up apologizing.  He could end up being a decent Second Male Lead. 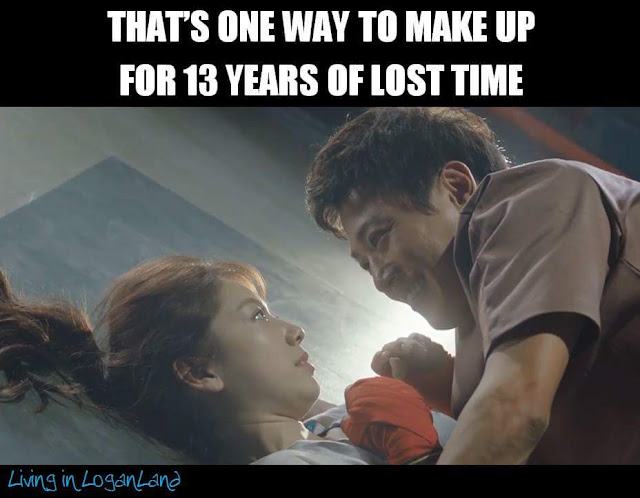 After Ji Hong has a reunion dinner with his dad, he goes to find Hye Jung and gets her contact info from the cute, redheaded doctor at her work that follows Hye Jung around. Ji Hong finds her at the gym, boxing.  Firstly, he makes sure she knows that he is not married. He says something to annoy her and when she tries to attack him, he's able to block it.  After the last time, it seems he's taken some training to defend himself against her.  They end up tussling and their wrestling match ends with him on top of her and both of them looking at each other in a hot and steamy moment. Ooo, can't wait for next week.

Thoughts:
- One part of me is annoyed at Yoon Do for throwing a tantrum about Hye Jung operating, but I guess I kind of get it. This new surgeon hasn't technically even started yet and you get there to find her in surgery without your permission.  I actually think that their dynamic will be really fun to watch. He may be prickly, but he did actually apologize to Hye Jung for wrongly criticizing her.

-What type of 31 year old (I assume they're 31 now, right) woman still holds a grudge like that from when they were teenagers. Certainly not one who's intelligent to become a neurosurgeon, right? Ugh, I guess intelligence doesn't always translate to maturity. Ready for Seo Woo to grow up real quick.

-I was kind of hoping for a tiny bit more from Ji Hong and Hye Jung's reunion, but I'll take it.  They've both clearly been thinking about one another and it's nice to see that the chemistry is still there.

-It was probably inappropriate for Ji Hong to feel the way he did about Hye Jung when she was his student, but the important thing is that he didn't act on. You can't really control how you feel. His feelings were obviously legitimate considering he never got married and he still has feelings for her. The fact that the first thing he asks her is if she's married or dating and is glad that she isn't tells a lot.

-I like that the little redhead doctor at the hospital has a crush on Hye Jung, it's cute and she needs someone on her side.

-As far as the mentor/mentee pairing at the hospital, I'm honestly very excited to see who will end up with who. Honestly, I'm rooting for a Hye Jung/Yoon Do pair-up, because I believe that Hye Jung and Ji Hong are going to be together no matter what and I think her and Yoon Do will have some great scenes if they're paired up together. That and we'll get to see more of Seo Woo's crazy.

-What kind of revenge is Hye Jung planning? It definitely adds that exciting element of intrigue into the story.  Is she going to bring Seo Woo's dad down? Is she going to do something sketchy and sneaky or is she going to take him down using the proper channels? It'll be a test to see exactly how much she has changed.

-Hye Jung seems to make a fantastic doctor. She cares a lot about her patients and her bedside manner isn't bad. Even though she was teasing the mob boss, he was asking for it and he didn't really seem to mind either.

-If Ji Hong has been looking for Hye Jung for 13 years, does that mean that she's been hiding from him? And did she know that he was going to be at her hospital or is this a wrench in her plan? Only time will tell I guess.

Well this drama continues to get more and more interesting and I've yet to be disappointed. Now it's the torturous part of waiting a week for the next episode! Ugh, the tortures of simulcasting.  But in the meantime if you're behind, you can catch up on all my Doctor Crush recaps here.  Until next time, embrace the Kdrama, friends!
at June 29, 2016