Hi friends! I'm sorry it took me so long to get episode 10 up. For some reason I thought I had already posted it but in reality I had not. Let me break it down for you as Episode 11 is about to air tonight.


Although episode 9 ends as it seems Director Hong's surgery has already taken place, that's not really the case.  The surgery has yet to happen.

The surgery is delayed when the initial tests are done on Director Hong and it turns out his blood sugar is too high. They decide to watch him for a few days first. Meanwhile, Seo Woo's dad and grandpa are getting suspicious as to where Director Hong is as his car is still at the hospital. At the same time, Ji Hong and his director decide not to keep the surgery a secret any longer.  When everyone knows that Director Hong is going in for surgery, it means higher stakes and more pressure for Yoon Do. 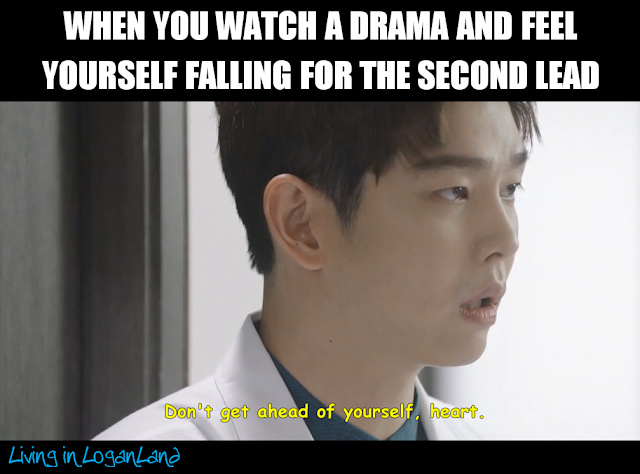 Meanwhile, Seo Woo finds out from cutie doctor Kang Soo that he crashed the car gifted to Hye Jung by mob boss.  She is immediately upset by this, saying accepting gifts is against the hospital policy and reports it to an internal audit committee. 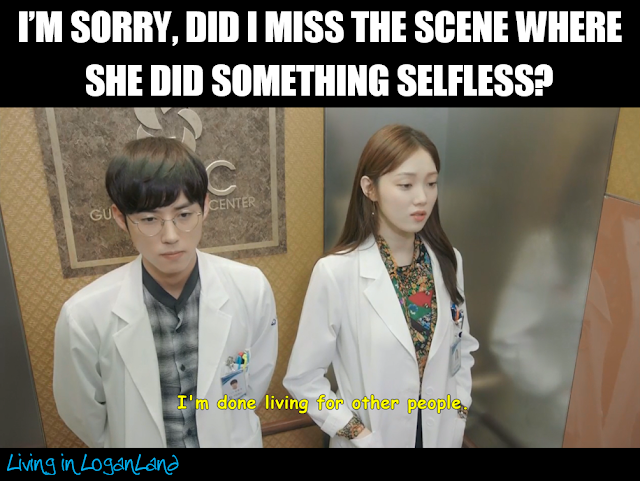 Seo Woo's grandpa comes to visit Director Hong when he finds out that he's in the hospital because even though he punched him in the face, they've still been friends for 30 years.  He urges Director Hong to retire and says if he does, then he'll support putting Ji Hong in charge. That seems like a lie, but okay, whatever. 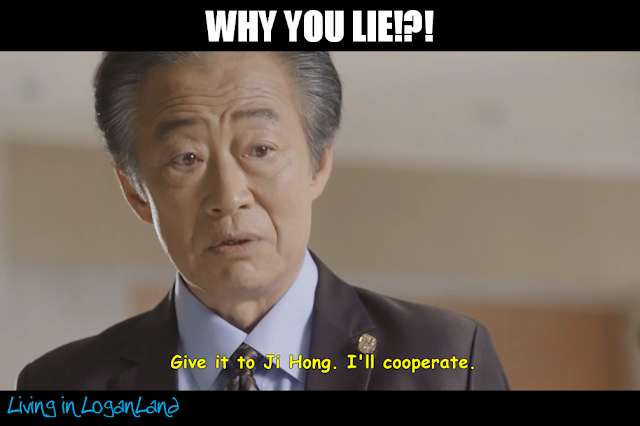 Yoon Do has been urging Hye Jung to have a meal with him and finally she agrees.  She knows that he likes and being as open and honest as he is, Yoon Do doesn't beat around the bush with his feelings whenever asked.  Hye Jung doesn't feel right leading him on and she tells him that she doesn't think she's capable of love, but that if she ever was it would be with Ji Hong and Ji Hong only.  Yoon Do is understandably a little crushed, but he rebounds and doesn't want things to be awkward between them. 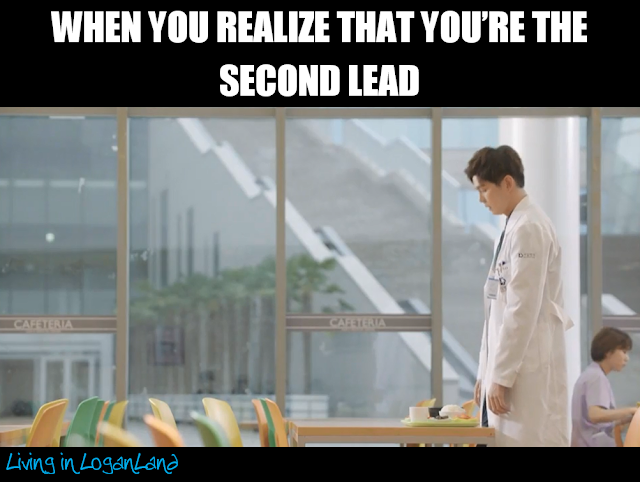 Director Hong's levels are finally down to a safe level for surgery. Ji Hong decides not to watch and instead bide his time in the waiting room where the other patients' family members have to wait. However, his director, takes his seat above the surgery room and watches anxiously. As the surgery starts, he starts to give instructions to Yoon Do via the intercom. 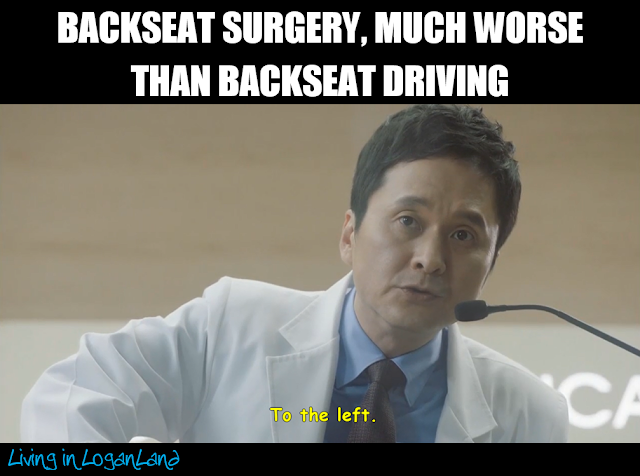 Yoon Do only tolerates it for a minute before stopping the surgery and telling his director that he needs to stop. To the director's credit, he realizes Yoon Do is right and shuts up.  Yoon Do and Hye Jung continues the surgery and come out the other side with a success. Ji Hong and the director express their gratefulness to both doctors. 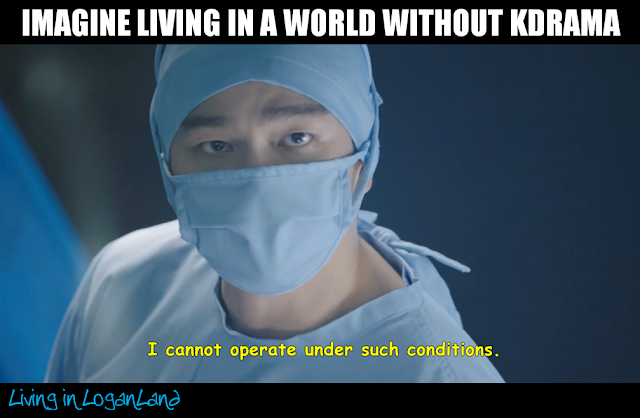 Soon Hee has asked Hye Jung to get the tall, lazy doctor Young Kook to come by her shop. Hye Jung sheepishly asks him and Joong Dae the bumbling doctor (since he was in the room), to stop by Soon Hee's shop often as a favor to her. Hye Jung gets call in front of the auditor about the car incident and explains that she's been trying to find a way to get in touch with the mob boss, but hasn't been able to yet. She then proceeds to show him a picture of her own sweet ride and tells him she has no need or want for the Mob Boss' gift. He leaves her with a positive impression that it shouldn't be that big of a deal. 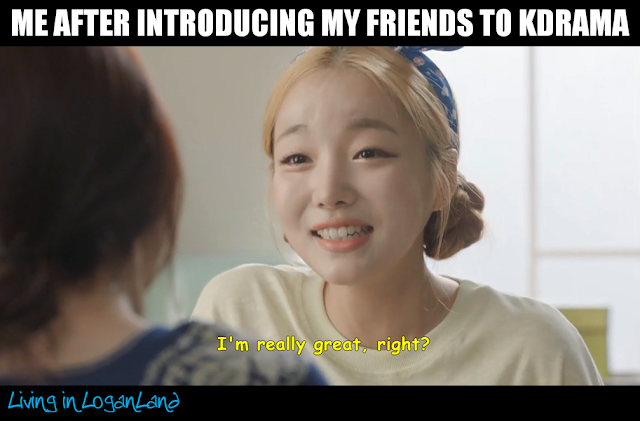 It turns out the car thing is a big deal, as Hye Jung is to be brought in front of the disciplinary committee.  Her director tells her that even though he believes she did nothing wrong, not everyone is going to feel that way. That she could get a pay cut, suspension, or possibly fired.  She takes the news rather well. When Ji Hong finds out, you can tell he doesn't take it as well. He reassures her everything will be find. She's suspicious of the fact that he always is okay with anything that she does. Hye Jung explains to Ji Hong that's not realistic, it's a fantasy. You can't make your partner flawless like that. Yoon Do is equally, maybe even more so, upset to hear about the fact that Hye Jung could be punished. 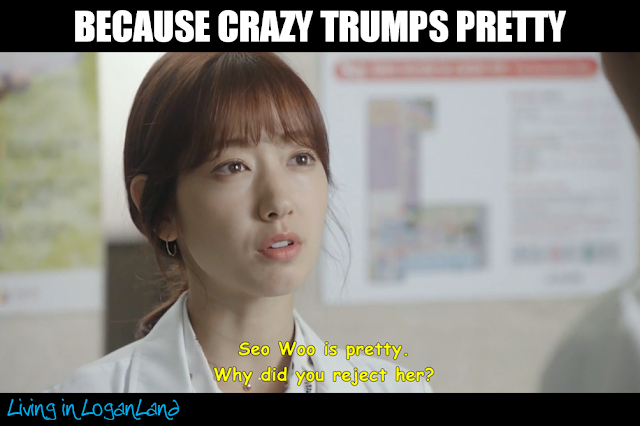 Kang Soo and the nurse feel guilty that Hye Jung is punished over the car incident, when they're the ones that drove and crashed it.  It also turns out that Kang Soo has started a web comic based around Hye Jung and the concept of her as a thug doctor. It's starting to take off on the internet and people really love it. 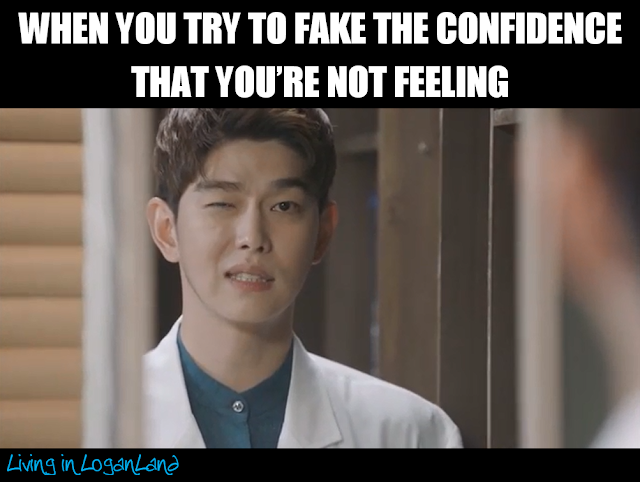 Ji Hong finds out that Hye Jung went to visit the director of the satellite hospital where her grandma had surgery and that she didn't find out much. He calls the man up and asks to speak with him as well. At this point that director starts to get suspicious.  When Hye Jung visits again, he says as much to Hye Jung and accuses her of trying to intimidate him by getting Ji Hong involved.  After she leaves, the director lets Seo Woo's dad know that Ji Hong is involved into looking Grandma's case. 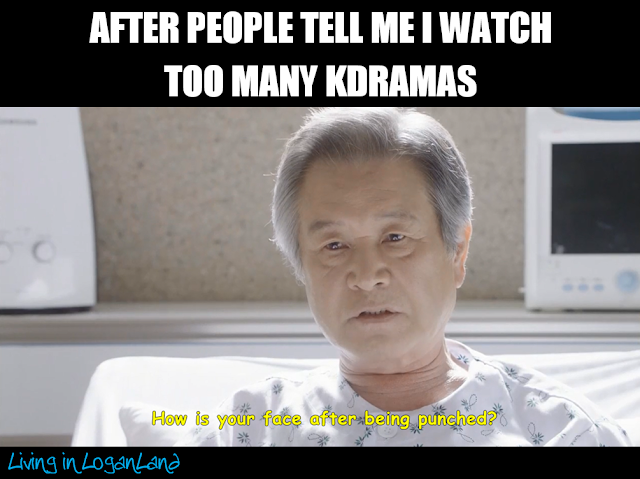 Hye Jung goes to confront Ji Hong about the issue and asks why he got involved and didn't tell her. He accuses her of not sharing the burden with him, but she turns it around and points out how he's the one who's been keeping everything to himself. That she found out about the doctor's illness for someone else as well as the tax investigation. 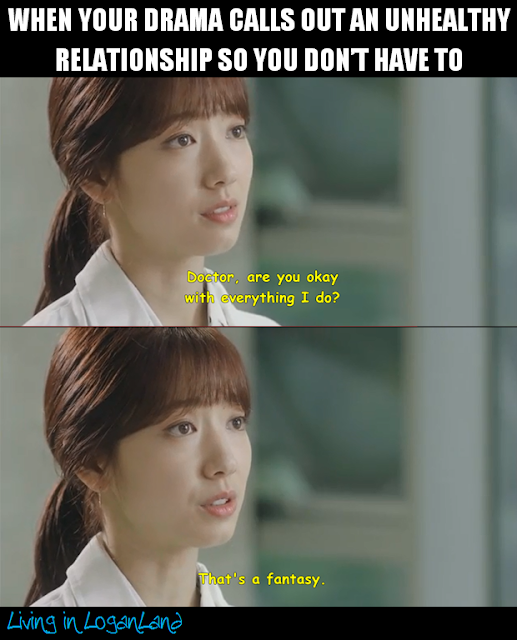 He defends himself saying he's never relied on anyone else before so it's a habit, but it's not personal. Hye Jung wisely points out that a relationship between a man and a woman can't be like that. That if they're to be romantically involved, they become burdens to one another if they think like that and she refuses to be in that kind of relationship.'

And that's where episode 10 ends.

My Thoughts:
-I swear I tried not to get second lead syndrome but Yoon Do just has the greatest character as far as I can see and each episode he shows something more that I like. I love honesty, so he gets me there. But then he also is so open and sets healthy boundaries in all his relationship. He takes rejection well and is respectful of other people. I was more than a little disappointed when Hye Jung rejected him. I really think the relationship with him would be a lot more healthy. But you can't decide who you love, can you?

-Is Kang Soo going to say something about how he was the one that drove the vehicle? It wasn't his bribe, so I don't' think he'd get in trouble. Plus he really likes Hye Jung, why wouldn't he want to be able to help her out in whatever way he can?

-Eternally petty Seo Woo, what can I say about her? I guess there's the old adage, if you can't say anything nice don't say anything at all. If I followed that advice I might remain silent on the issue, but as is it I'll choose to talk a little smack about her. How is it in 13 years that she hasn't matured one bit? Is she on drugs? I mean that honestly, because drug use stunt your emotionally maturity and that's the only explanation I have for her at this time. Did she really think Hye Jung was trying to be shady by keeping the car? No, she didn't. No matter what she says, she doesn't truly believe that and therefore, she's just a lowly human being.

-Hye Jung makes some pretty valid points to Ji Hong about what's wrong with their relationship. Firstly, that he seems to be living in some sort of fantasy land. I've expressed similar thoughts that their relationship didn't seem rooted in reality. And also that he wants to be in a relationship and be into all her business, without ever sharing any of his.  It's an unfair expectation.  It seems like she'd be open to sharing things with him, if he only gave her the same courtesy.


My thoughts this week are a bit concise, but that being said this drama is definitely keeping my attention. You can keep up to date with all my Doctor Crush related posts here on my main page. Until Episode 11, don't be a stranger, be a friend!