Hello friends. I hope all my fellow American friends had a great 4th of July. And for all my friends in other corners of the world, I hope your weekend was just as wonderful. I don't have much small talk to bore you today, so let's just get right into recapping episode 5 of Doctor Crush.

So when we left our characters, Ji Hong had just pinned Hye Jung to the ground as they were wrestling in the ring.  After an awkward moment filled with off the charts chemistry, he gets up. 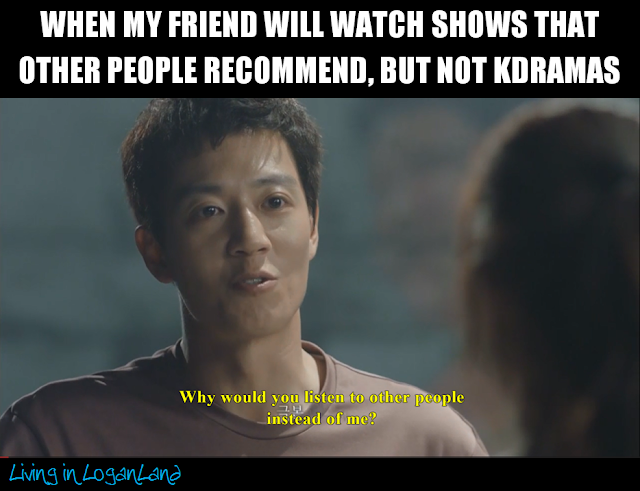 Meanwhile Seo Woo is at the hospital and has decided to come right out and tell Yoon Do that she likes him. It has very little effect on him, however. He tells her that she's not his type and she says he should try a new type since the complicated women he likes break his heart. He then states that Hye Jung is a complicated woman. What is this? Seriously, what? Does he already like her?  No, it appears he doesn't as it's teaching her a lesson he has on his mind, not courting her. He tells Seo Woo he'll help her get rid of Hye Jung. 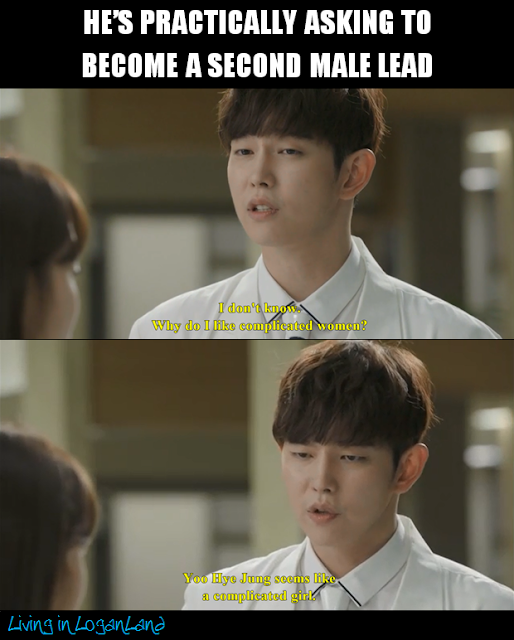 Ji Hong walks Hye Jung to Soon Hee's cafe after they get out of the boxing ring. He tells her that he's impressed with her. He tells her that he'll help teach her what he knows (after she requested he do so earlier) and that they'll work together. Meanwhile Seo Woo will be teaming up with Yoon Do. 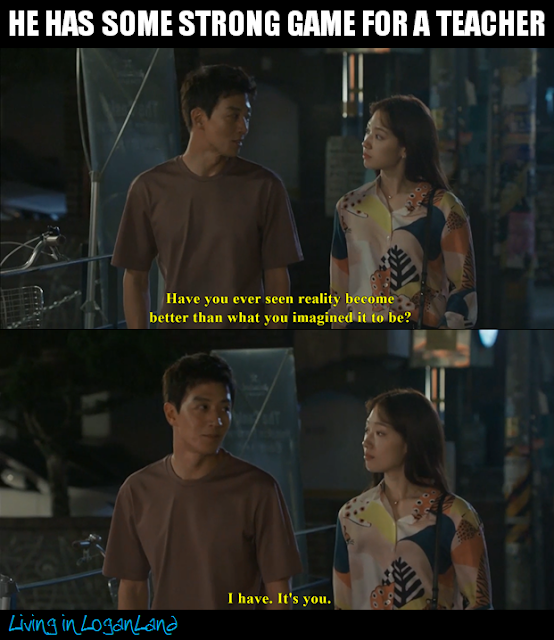 Things get a bit dramatic at the hospital. Yoon Do sees his change to show Hye Jung who the real doctor is when there is a complicated aneurysm surgery that needs done. He calls on her to assist him, but she says she doesn't want to learn with him (versus learning with Ji Hong) because she has nothing to learn from him. Meeting her challenge, he asks her if she thinks she can do the surgery. And of course she thinks that so she agrees to the challenge. Ji Hong finds out and tries to come to her rescue, but she's bent on doing the surgery so he's going to assist her. 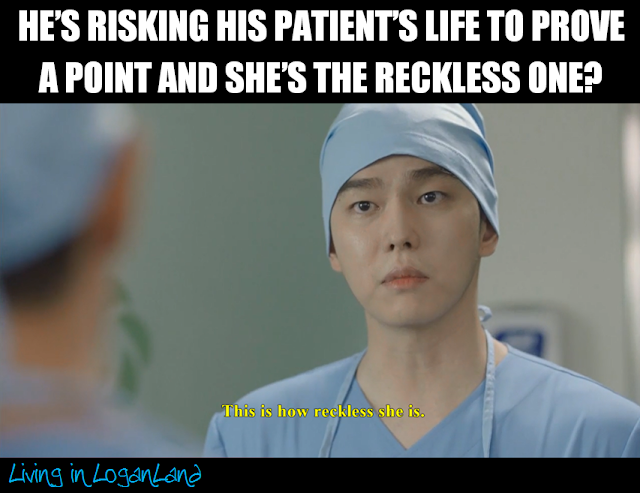 As they go into surgery, Ji Hong tells Hye Jung he's there for whatever she needs (meaning more than just the surgery) and he's going to help her in any way possible.  Yoon Do and Seo Woo watch from above as the surgery goes underway. Hye Jung does very well at first, until an artery bursts and blood starts going everywhere. Ji Hong offers to take over and Yoon Do even demands that she let Ji Hong take over, but she's determined to finish it on her own, believing in her own capability. Ji Hong helps her remain calm and she quickly and correctly finishes up the surgery. 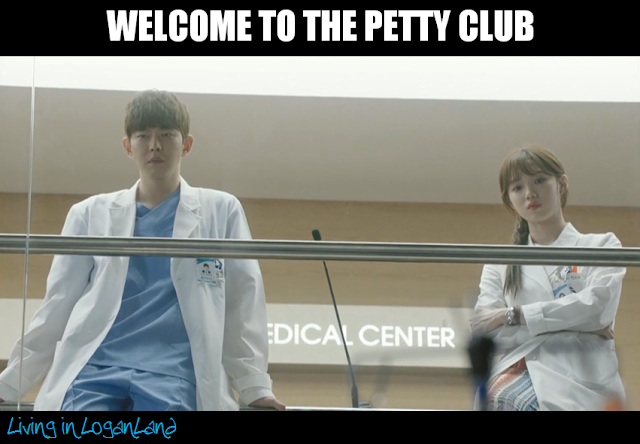 Everyone really has no choice but to acknowledge her skill now. She's easily proved herself on every occasion. Yoon Do approaches her and apologizes. She's a bit shocked because she's ready for a fight, but he says he always quickly admits when he's wrong.  After that they seem even friendly together as she playfully tells him he should watch himself since she was expelled. Right after Hye Jung walks away, another doctor approaches Yoon Do who turns out to be both Yoon Do's uncle and Ji Hong's best friend. Man, everyone's connected to everyone in this hospital. He's a clear womanizer but charming and attractive. Something tells me he's going to make things interesting around here. 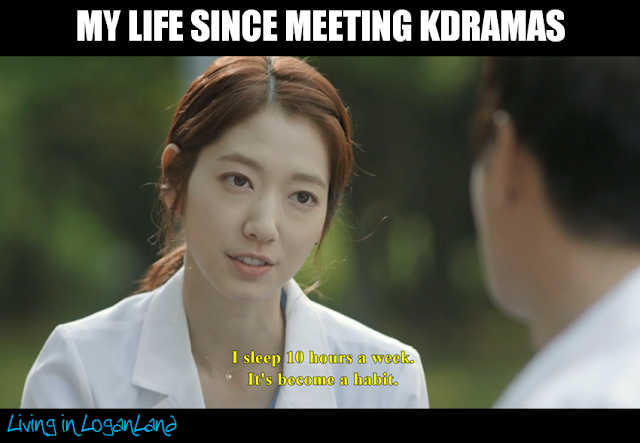 Ji Hong meets with Hye Jung outside where he tells her what a great job she did.  She insinuates that he's looking out for her as her teacher and instead of just brushing that statement off, Ji Hong comes right out with it. He tells her that it's not as a teacher that he watches her the way a man watches a woman. She's startled and spills her beverage on him and he jokes that it's her rejecting him and she says no. He asks if that means they're dating and she also says no. He tells her that he'll ask her again later and to be ready for her. 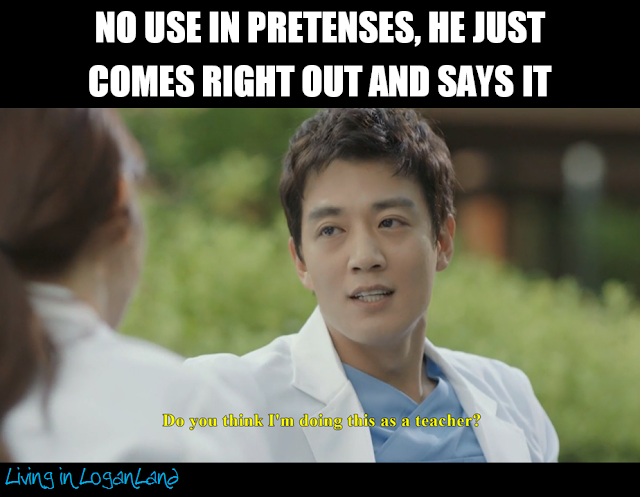 She seems surprised but no unpleased by Ji Hong's confession. Later, she realizes that as her superior, he likely has access to her grandmother's file, the one that she doesn't have access to and desperately wants access to. She calls him to ask him for help retrieving it, but while she's talking to him she sees a strange looking man wandering the halls. She tries to follow him and is worried he's headed up to the mob boss' room. Hye Jung goes to check on the mob boss ordered all his men to leave since Hye Jung suggested he do so earlier.  He's fine and there's no one in sight so she leaves and goes back to her duties.

As she's on the elevator heading back down, the cutie doctor (ex-red head), Kang Soo, tells her that he hasn't eaten but he has to go change the boss' bandages. She offers to go change the bandages so that he can eat and he ends up liking her even more. Unfortunately, the creeper guy in the hospital halls has snuck up into the boss' room and is planning something unsavory. 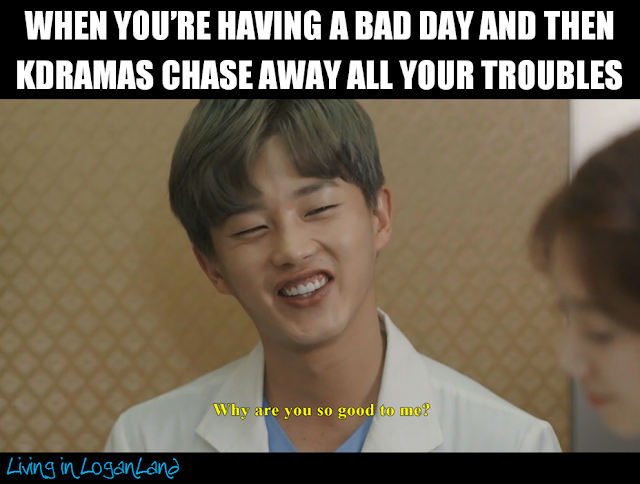 Soon Hee is surprised when back at her cafe, a familiar face appears as the delivery man. That face belonging to Soo Chul, the guy on the motorcycle who would always rescue Hye Jung when they were teenagers and they were in trouble. Ah, it's good to see him again. He doesn't recognize Soon Hee. She tries to call Hye Jung who doesn't answer which Soon Hee finds strange because she always returns her calls right away.  Ji Hong and his friend show up at Soon Hee's cafe and she tells Ji Hong she's worried about Hye Jung.  He tries to play it off but begins to worry when she doesn't answer his calls either. 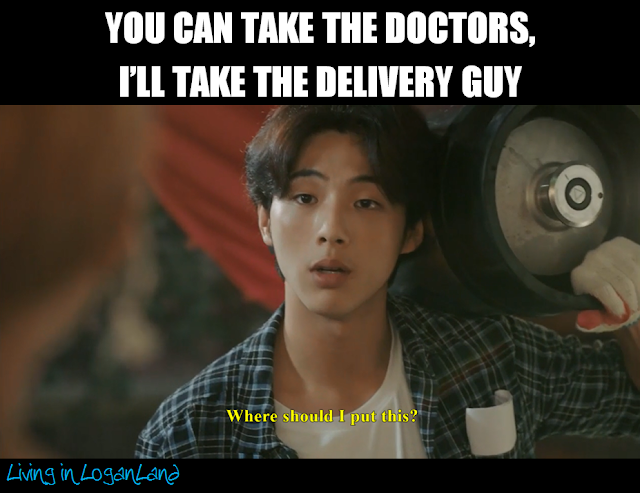 A patient in the ER needs looking after and Yoon Do doesn't want to have to trust the junior staff to do it, but can't find Hye Jung around.  He finds out from Kang Soo that she went to attend to the boss.  We see Hye Jung enter the mob boss' room to find him tied up and gagged on his bed.  He tries to indicate that there's someone there, but it's too late and someone sneaks up on her from behind.

Hye Jung and the boss are held at knifepoint by a crazy man who wants to kill the mob boss for what he alleges he did to his brother. He shows Hye Jung scars on his stomach to prove his point about what kind of a man the boss is. Hye Jung tries to talk him down, tells him not to waste his own life/future for some scum like a mob boss. He seems to calm down a little, when Yoon Do enters the room not going on. He tries to retreat, but the man tells him to stay there. Mr. Crazy starts to go for the mob boss, but Hye Jung gets down with her bad self and intervenes, attacking him and kicking the knife out of his hand. She tells Yoon Do to get the mob boss out of the room. He responds that she should do it and he'll take care of the crazy man. But Mr. Crazy lunges at the mob boss who is now on the floor with the knife and Hye Jung who is holding him. 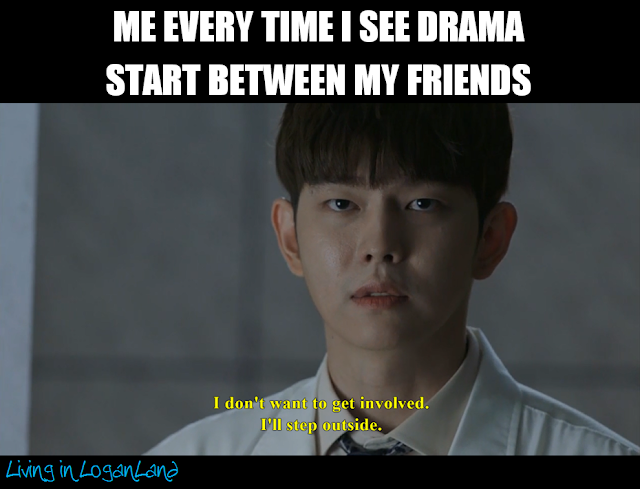 Ji Hong enters the room looking for Hye Jung, just as Mr. Crazy has collapses on top of Hye Jung and the mob boss. Blood begins to pour out onto the floor and everyone is shocked, not knowing who truly is the one that has been stabbed.

What a crazy clifhanger, right? Well here are my thoughts on this episode:

-So Yoon Do, at first when he tried to retreat from the room I thought it was a coward move, but then I realized it was so that he could get help and when Hye Jung told him to leave with the boss he didn't run away and leave her alone even though she was probably a better fighter. This proves he's not a complete weasel.

-I think it's clear that this drama needs at LEAST one second male lead but right now there are so many secondary leads that it's hard to even pick out a front-runner. I've seen at least 5 different ships being sailed in this drama already and we're only 5 episodes in. This is pure craziness. Even if it was all selfishness and I just picked my favorite, I don't think that I could.

-Isn't it ridiculous that Yoon Do accused Hye Jung of being reckless, but considering that he didn't think she had the skill, he was risking his patient's life just to prove her wrong. That is a very scary train of logic to follow. Very very scary. I hope he learns.

-I'm wondering if the goofy doctor/nerdy doctor, Kyung Joo, is going to side with the 'bad doctors' in that they're all about making money and he was trying to milk the mob boss for extra tests in the beginning to get more money out of him. He also doesn't seem to have a strong sense of loyalty. I'm predicting betrayal out of him.

-I love Kang Soo. He's adorable as Hye Jung's little puppy doctor in training. He's one of my top favorite characters in the show so far. I said this before in Drama Club, but he and Soon Hee will make the most adorable couple and I'm almost certain that it's going to happen. Or at least I hope it does.

-Seo Woo's kind of boring. I hardly mentioned her in this recap because she didn't do anything of note.

-I'm excited to see more from Yoon Do's uncle. He's super cute.  It's hard to believe he's Ji Hong's age.  And of course he's already flirting with Hye Jung. I wonder if in this drama pretty much every guy is going to like her. Not that I can blame them. She's smart, pretty, and can kick some butt.

Well that's all I have to say tonight. I'm off to watch the next installment of this exciting drama. Talk to you soon friends! Make sure to keep up with all my Doctor Crush related posts here.
at July 05, 2016