See? I kept my promise. It didn't take so long for me to release this one, did it? Let's jump right into the recap.

Episode 8 resumes where Episode 7 left off, with Soo Chul having just been hit by a car. Hye Jung jumps out of her car and runs to his side, yelling at the people nearby to call an ambulance. She delicately opens his helmet and he's conscious as she checks to see the extent of the damage. He can't move his arms and legs, but he can move his fingers. She's understandably shaken up to see her beloved friend in this state. Ji Hong shows up after hearing her scream while they were on the phone and takes over Soo Chul's first aid. 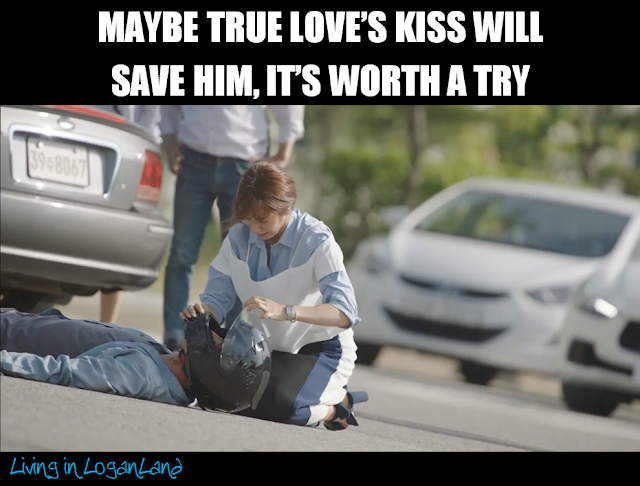 They get to the hospital and assess that he will need both neurosurgery (on his neck vertebrae, I believe) and general surgery, where Yoon Do's uncle will come in. Originally Hye Jung says that she doesn't want to be in the room during his surgery and Ji Hong says that's understandable but Soo Chul tells her he wants her in there because he's scared. But with her he knows that she can do anything and so he'll feel confident if she's doing the surgery. This causes Yoon Do to change her mind and assist Ji Hong with the surgery. 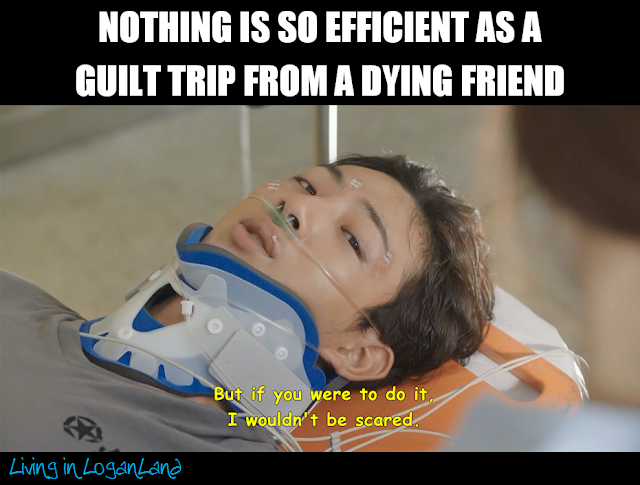 Meanwhile, Yoon Do has completed the surgery on Hye Jung's step-mom and because of if it she no longer has the facial tic. He's pretty much like "Yeah, I know I'm a great surgeon, can you go now?" haha. Not really, but he kind of just has that attitude and he can actually pull it off. Ji Hong and Hye Jung start surgery on Soo Chul and things are pretty tense. Hye Jung's dad is so grateful for his wife's successful surgery that he brings soup from his rice soup shop to share with the doctors. Seo Woo tells Yoon Do that her father and grandfather want him to come to dinner with them, which bums him out because the neurosurgery department has a party planned that night at Soon Hee's cafe. 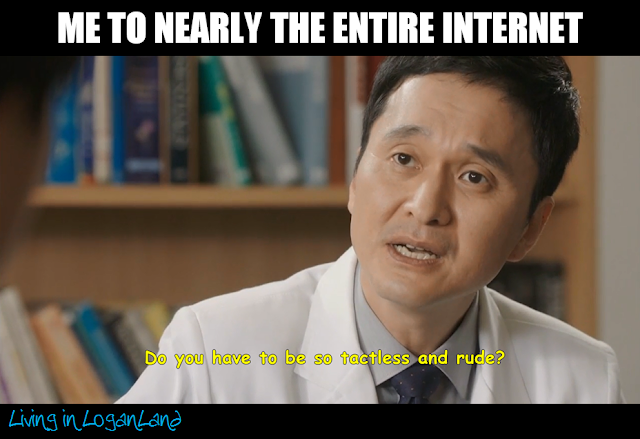 During Soo Chul's surgery things look scary for a moment as blood starts to squirt all over, but Ji Hong is indeed a talented doctor and the surgery is completed successful. Afterward, his surgery with Yoon Do's uncle is just as successful. They were worried there would be some complications with a broken artery, but it's the non-dominant one. It looks as though Soo Chul will be able to recover. 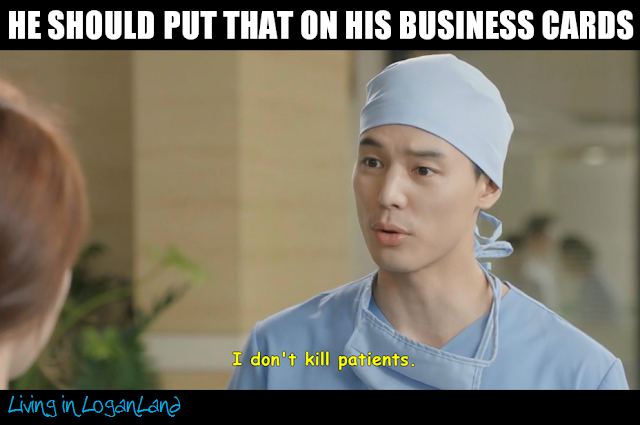 Hye Jung check on Soo Chul and has a talk with him about recovery. she says the surgeries were successful and now it's time for him to do his part. He's going to need to do physical therapy, it's clear, but his future is not bleak. He takes on the challenge and wants to show what a cool guy he is as he's always been.

They barely get done with Soo Chul's surgery and then they have to go into Ji Hong's special surgery  which requires the patient to be awake during the surgery. Both Seo Woo and Hye Jung are assisting. Anyway, the surgery is on an Olympic archer who has a tremor. They start the surgery and then she starts to go blind while Ji Hong is operating, which means there's blood in the brain. Seo Woo says they should stop and wait, but Hye Jung tells Ji Hong to keep going.  Hye Jung tries to reassure the patient and Ji Hong takes care of the problem. She regains her vision and the tremor is gone. She's on her way back to the Olympics. 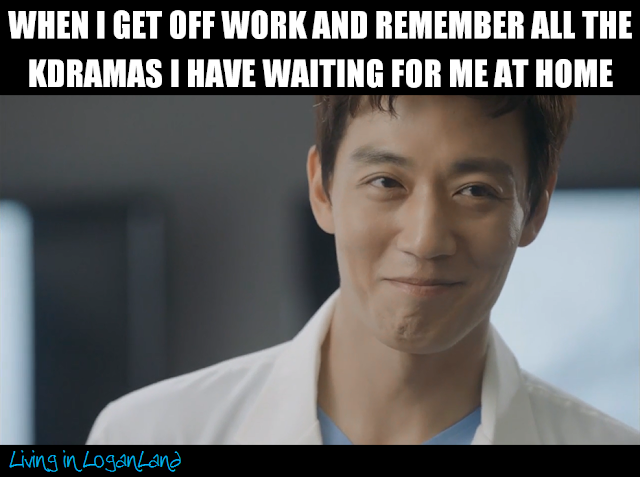 After the surgery Seo Woo complains to Hye Jung about arguing and Hye Jung fires back and points out that Seo Woo was making the patient, who was awake and scared, nervous. That she shouldn't have been squabbling or questioning Ji Hong while they're operating.  Ji Hong feels the same way as he calls Seo Woo in to talk to her about it. She gets defensive and says he's doing this because of his feelings for Hye Jung. Ji Hong tells Seo Woo that it's obvious that she won't listen to anything he's going to say which shows her ineptitude as a doctor and tells her he won't ever talk to her again since she doesn't listen. 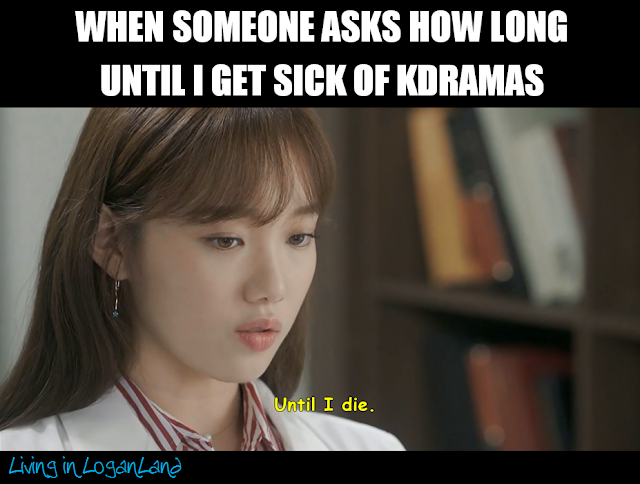 When checking on Soo Chul, Ji Hong is happy to learn that Soo Chul was married, as to him it takes Soo Chul out of the competition. Soo Chul is surprised to find out that Ji Hong and Hye Jung are not dating, although he warned Hye Jung earlier not to date 'old men'. 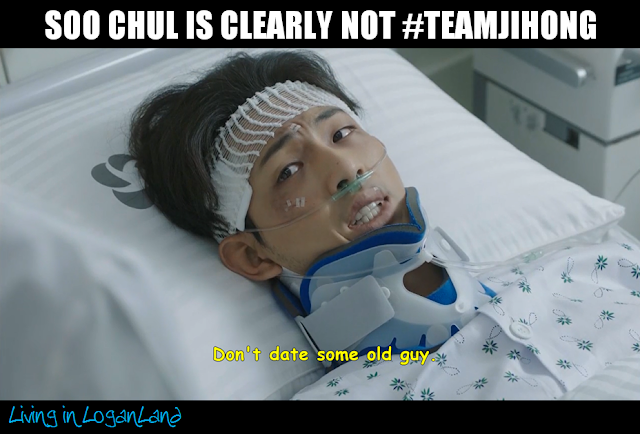 Hye Jung's dad sees her being nice and friendly with the other patients and takes her aside to ask her why she's being so cold to him. He asks what he did. Uhm, how about telling her you never want to see her again? Is it crazy that she'd believe you after you abandoned her? Anyway, she tells him they've never been close and they don't have any reason to be now. 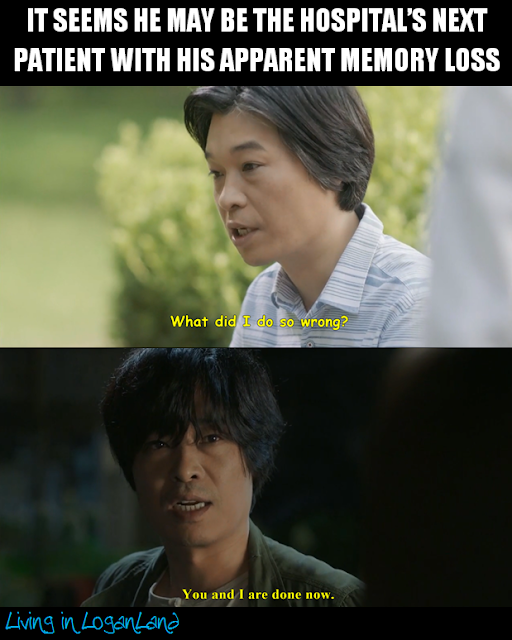 Yoon Do finds Hye Jung to tell her that the surgery was a success. He also tells her that he has an upcoming surgery he wants her to assist on. When she tries to argue, he shuts her down and reminds her that they agreed that they'd go on a case by case basis with her and Seo Woo for who assists with which surgery. He also tells her that they are going to eat a meal in the cafeteria together and that he thinks of her as a woman. He doesn't give her the opportunity to say no as he says all of this very confidently and then walks away. As he walks away, he gives a little fist thrust as a sign of his success. And even cuter, she tries to hide a shy smile as he walks away. 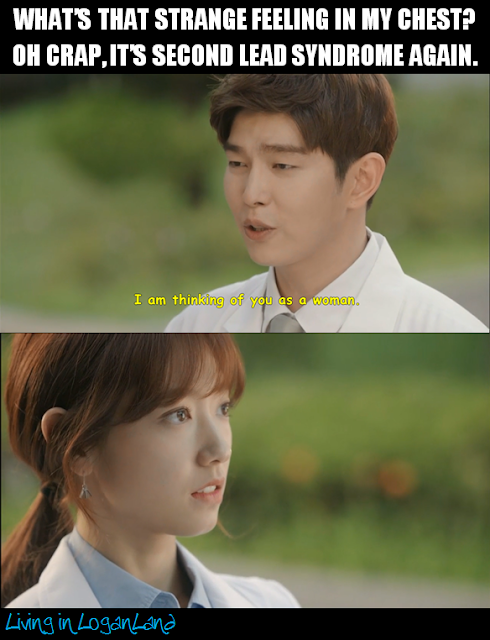 The party starts at Soon Hee's and all the doctors are having a good time with karaoke and drinking. Meanwhile Yoon Do is absolutely miserable as he shows up for dinner with Seo Woo. Her dad and grandpa obviously look at him as her future husband. His dad is a successful businessman and so they see the union of the two of them as a match made in heaven. But Yoon Do has made his feelings about Seo Woo very clear and so he leaves the dinner before they even order, leaving Seo Woo in an awkward position as well. 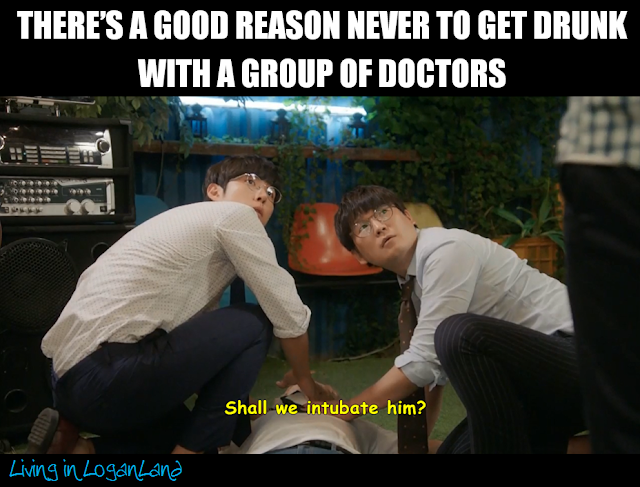 Yoon Do goes to the party and starts off by impressing everyone by taking a couple shots right off the bat.  Hye Jung, as well shows off her drinking skills. When it comes to Ji Hong though, he bombs his drinking challenge and Hye Jung has to step in as his dark rose (a girl who takes on a drinking challenge on behalf of a guy who can't drink or drink well).  Ji Hong motions to Hye Jung to sneak off and they both leave early from the party together. Yoon Do sees them leaving together and you can see his heart break a little. I'll admit mine broke a little too just watching him.

So Hye Jung and Ji Hong go off to the arcade and have fun together playing games and having some innocent fun. Eventually, they end up in a soccer field where they have a race.  On the way back across the field, Hye Jung takes an emboldened step and holds Ji Hong's hand. They smile and laugh together and it's pretty cute. Ji Hong is touched by this as it's the first time a woman has held his hand first.

Oddly enough that's where our episode ends. No giant cliffhanger this time.

My thoughts:
-So glad that Soo Chul survived. It's going to be hard watching him go through therapy, but I think I'll be okay seeing that knee-weakening smile of his.  It's really hard not to be team Soo Chul, but with an ex-wife and kid and the fact that he was moving, it kind of disqualifies him according to the unofficial kdrama rules.

-Some of the surgery scenes gross me out. Do they really want to show us a brain being dissected, because I don't have any innate desire to see it.

-Hye Jung's dad is irritating me all over again. It'd be one thing if he sincerely apologized for how he treated her. Or if he had looked for her earlier in life. But the fact that he wants to be part of her life now that she's successful and wants to pretend that he never treated her awfully, is really upsetting.

-So after this episode, I have to say my ship is Yoon Do- Hye Jung. Although I honestly believe that in the end she will end up with Ji Hong. I feel like her relationship with Ji Hong seems almost manic. They're either super serious or super goofy with no touch to realty.  It seems like a good recipe for disaster. I can't ignore the fact that they both really like each other which tells me they'll end up together, I feel like Yoon Do is just a better fit for Hye Jung. I think his honesty and upright way of doing things combined with the fact that he can be humorous as well is a good fit for the fact that she's a little rough around the edges. I can't quite put my finger on it completely, but they just feel right for one another. Oh well, what can I do? I'm not a Kdrama writer.

-Seo Woo is so basic. She's petty and boring so much so that I really don't even like talking about her.


So I actually don't have any other thoughts on this episode but I'll be back next week with lost more thoughts to come. Until then check out my Doctor Crush homepage here. And don't be a stranger, be a friend!
at July 13, 2016