Hello Hello, friends! Hope everything is spectacular with you. Also hope you're ready to talk about Doctor Crush, because I sure am.

Episode 9 starts with Ji Hong and Hye Jung still on the soccer field. They lay in the grass to look at the stars. Ji Hong offer her his arm and she falls asleep like that, by his side, as he admires her. 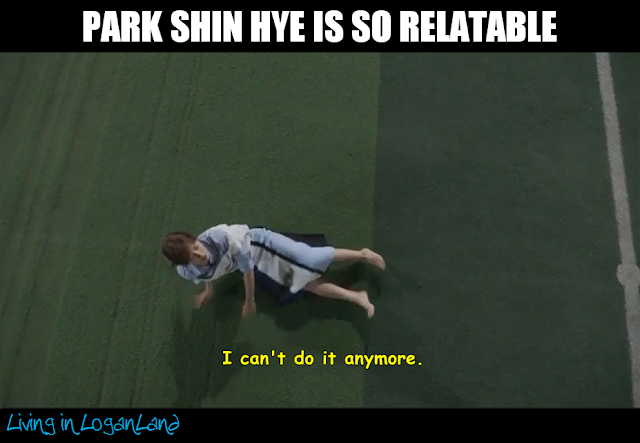 Ji Hong runs into Yoon Do that night as they live in the same building.  Yoon Do admirably tells Ji Hong that he likes Hye Jung and he intends to pursue her. He knows they have a special relationship, but as they're not married he believes that it's fair. Ji Hong appreciates Yoon Do's openness, but appears to not feel threatened at all and tells Yoon Do he believes it will strengthen his relationship with Hye Jung. 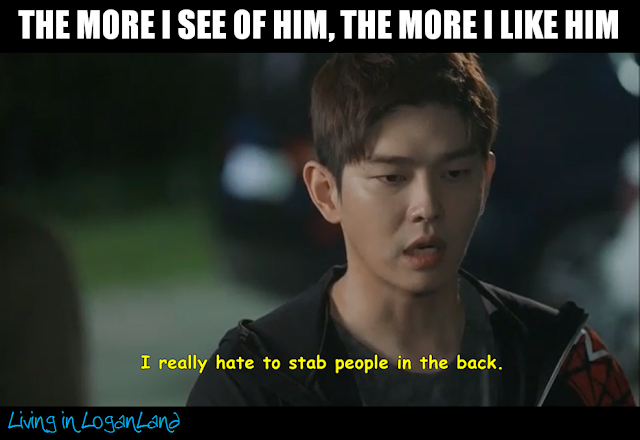 The next morning Hye Jung goes to the hospital where her grandma had the surgery to try to get the anesthesia records, but is told they're destroyed after 10 years. The director of this satellite hospital, also was there during her Grandma's surgery and he's the one who filled out the report. Hye Jung barges into his office, hands him her Grandma's report, and asks him to remember. Which he clearly does but lies and says he doesn't and that it's too late to do anything about it because the statue of limits has passed. She ominously tells him that the law is not the only form of punishment. 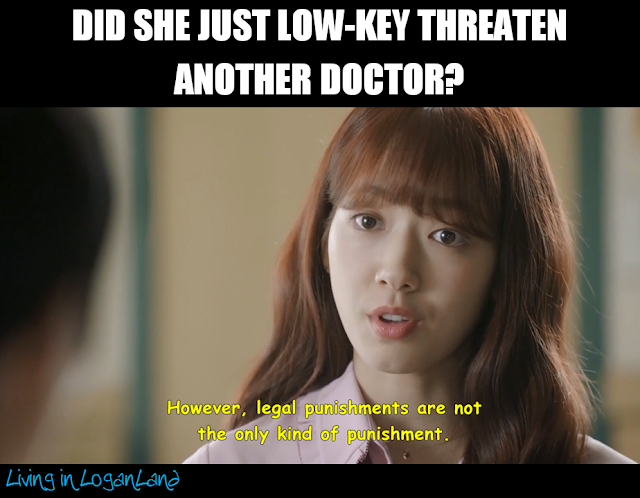 Ji Hong meets Hye Jung for a date of sorts, but he takes her with him to go fishing with his father. Director Hong seems to be delighted with Hye Jung even telling her that she didn't have to know how to cook, she could just sit and relax. Ji Hong is embarrassed when the Director asks Hye Jung what she likes about him, but they all have a relaxing time together. That is until the hospital is in chaos as the tax bureau shows up and starts taking records from the hospital, trying to accuse Director Hong of fraud because of Seo Woo's evil dad and grandpa.  Ji Hong sends Hye Jong home and then he and his father go to face the mess at the hospital. 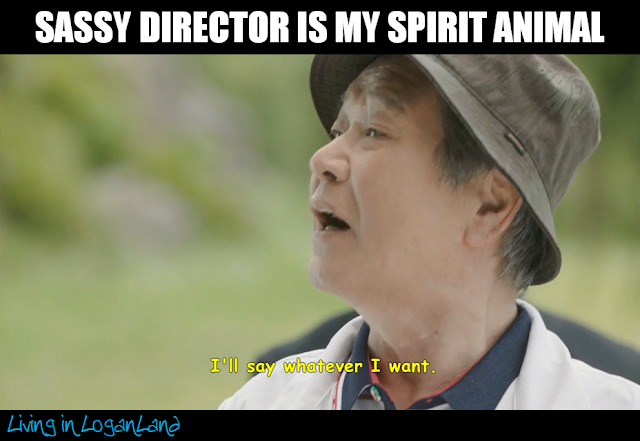 Hye Jung gets to the hospital to find that Seo Woo is dressed in small shorts and wearing a good deal of make-up, not the most appropriate doctor attire.  Seo Woo seems to think they need to hash things out. Hye Jung admit to her, that Seo Woo is a bad memory to her too because she really liked Seo Woo.  However, Seo Woo still believes that Hye Jung has come to the hospital just to take her revenge on her and when Hye Jung says it's not but refuses to reveal the real reason she came, they pretty much seal their fate as enemies. 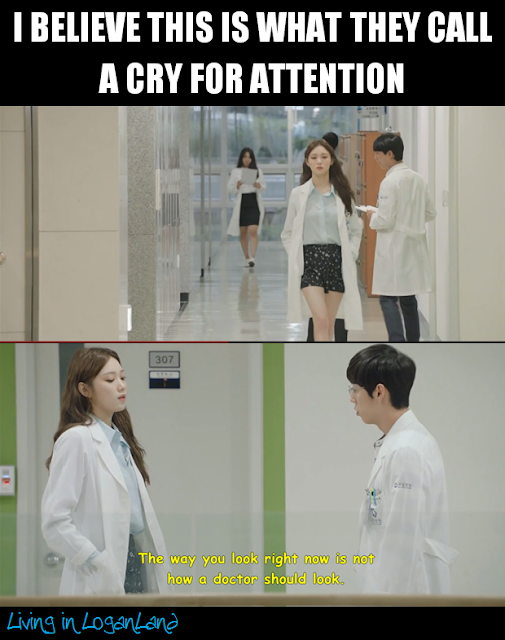 The mob boss is released from the hospital and as he leaves expresses his gratitude to Hye Jung. She asks him not to go after and harm the man that tried to kill him, stating he's been through enough pain. He agrees by pretending to not even know who she's talk about. After he's gone he expresses his gratitude even further by leaving her with a very expensive sports car. 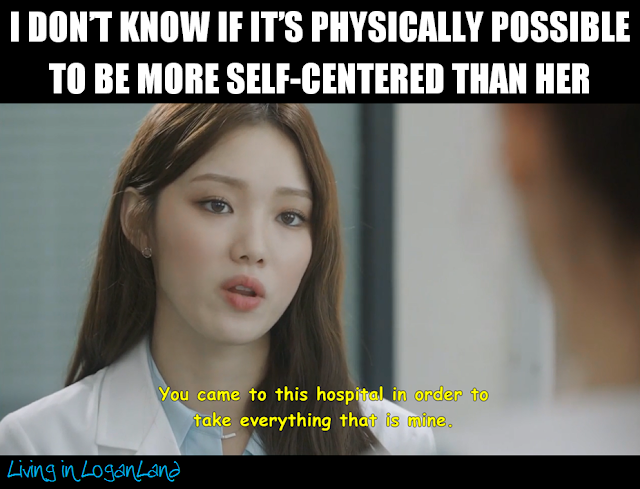 Hye Jung wants to return it but the phone numbers left on file, not surprisingly, aren't real numbers. Would a mob boss leave any trace of himself? The young doctors and nurses are almost as excited for Hye Jung as if they had been gifted the car themselves. She doesn't drive the car, as she intends to return it but she does let Kang Soo who of course reveals he doesn't' have a license and the car doesn't have insurance. He only drives around the parking lot, but of course gets in an accident. Hye Jung doesn't get mad, but she tells him that he'd better get the car fixed. 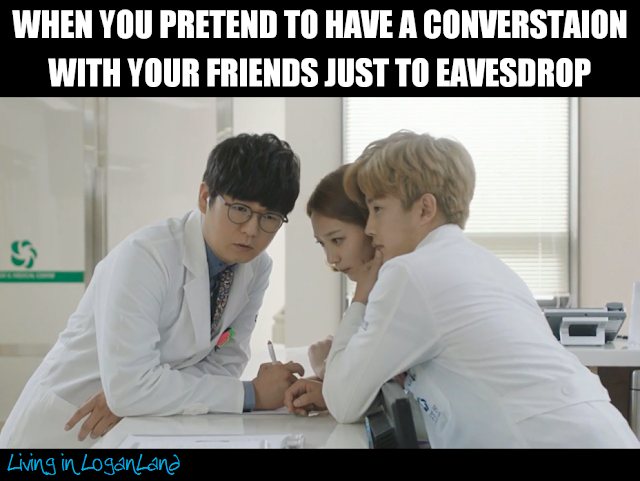 Seo Woo is furious with Yoon Do at this point. She calls him out to talk to him and slaps him repeatedly. He's pretty much done with her crap and seems more annoyed than anything. She yells at him stating he may have told her to leave, but his eyes always told her to stay. Surprisingly, he reveals he was attracted for her for a little bit but not anymore and he states that he wasn't always the only object of her attention so her accusations are completely unfair. He said he felt a little bad towards her, but now they're even. 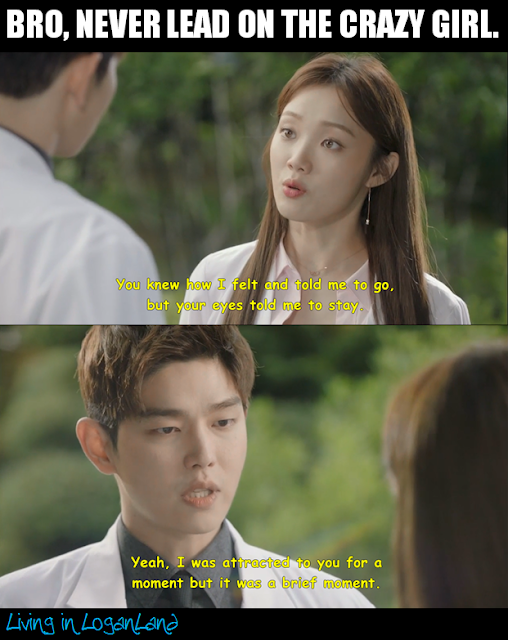 Chaos is still going on at the hospital during a board meeting. While everyone expects Director Hong to resign, he says that he will not until he clears up the mess because he knows someone is behind it.  Seo Woo's grandpa, his best friend, tries to convince him it'd be the selfless thing to do to retire. Then he says that if he's staying on for Ji Hong's benefit, he shouldn't bother because Ji Hong isn't even his real son. 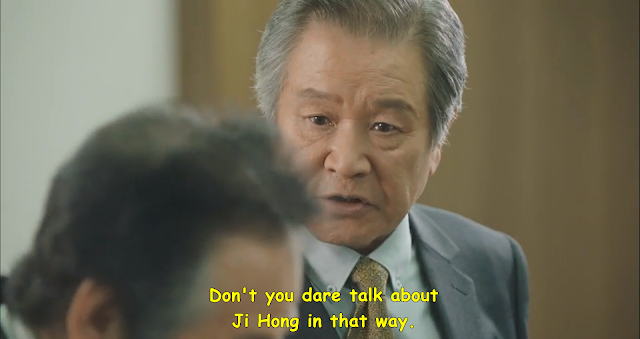 This sends Director Hong over the end and he straight up punches his "friend" in the face. Good for him! He stands up for his son and himself and storms out of the room, knocking over a chair on the way.  Ji Hong follows him out as he's leaving and notices his balance is a little off before Director Hong falls over completely. Being a doctor, Ji Hong has noticed that his symptoms are off and worries even more when he realizes his dad has not had follow up appointments since his surgery 13 years ago. He convinces him to have tests done while he's at the hospital. 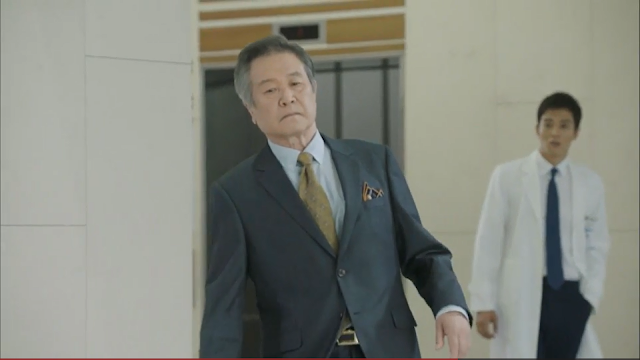 The news is grim as it looks like Director Hong's condition comes back.  I had a difficult time following the medical jargon, but I believe he has a brain tumor.  Both Ji Hong and his immediate director are distraught. Ji Hong knows that he wouldn't be able to do the surgery. The director doesn't want to do it either, but more than that believes that Yoon Do would do the best as his hands are younger, steadier and his surgeries have been going incredibly well. 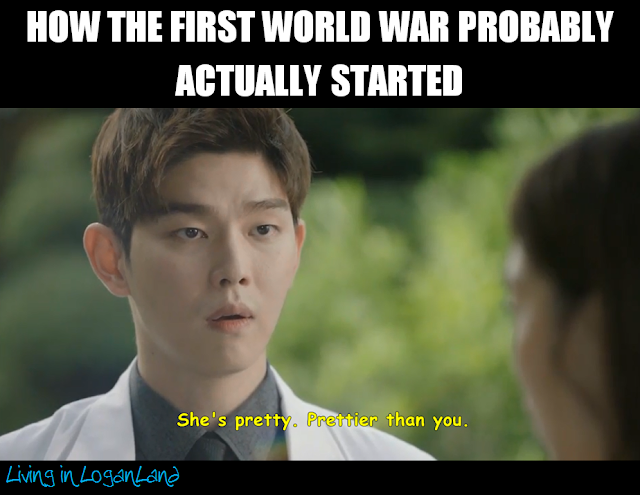 The director calls in Yoon Do and Hye Jung and asks them to do the surgery and to keep it between them as he doesn't want the word getting around At first Yoon Do doesn't want to do the surgery either as there's a lot of pressure, but agrees to do it if he can take the method that he thinks is best.  He gets offended when both the director and Ji Hong tell him to be careful, as if they're questioning his skill. 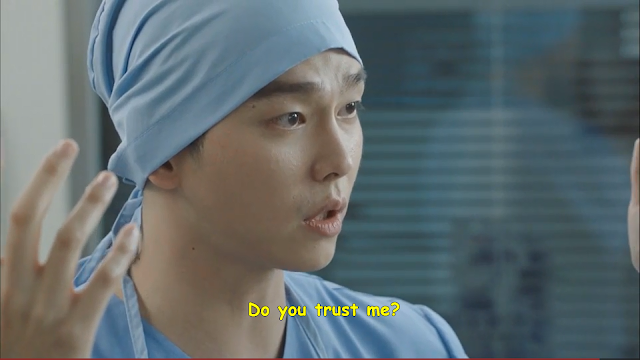 When they get into surgery Hye Jung tells him that they're just scared and she can tell Yoon Do is scared to. If something goes wrong, he'll be blamed and he's scared that responsibility. She tells him not be scared, because she's there with him. After the surgery Ji Hong tells Yoon Do that he trusts him as a doctor, but not as a guardian. In Hye Jung's closing monologue she muses about how when doctors become the guardians waiting to see how the surgeries on their loved one turns out, they become just as senseless and worried as everyone.

My Thoughts:
-Man, Director Hong is a bad@$$!  We hardly ever get to see a good punch in a Kdrama except when it's a brawl over a woman and usually it's uncalled for at that time. But this was a totally justified and completely unexpected punch coming from an ailing old man. It was everything that I didn't know I needed. I love his attitude and the way he sticks up for himself and his son. We get so used to so many passive characters in Kdramas, watching helplessly as bad things happen to them, that it was so nice to see someone who wasn't going down without a fight. I love him.

-I was quite surprised that Yoon Do revealed he did like Seo Woo at one point. It made me feel a little apologetic towards her as I accused her of completely imagining his interest. I still hate her, though, because she has absolutely no right to be acting the way she as. We don't get to make a claim on people who have made no promises to us.

-I love how the director of the small hospital is intimidated by Hye Jung. Her confidence and sense of justice is pretty intimidating. Not to mention the fact that she threatened him. It's nice to see a heroine that is more intimidating than the villains.

-I like the parallel when Yoon Do tells Ji Hong that he likes Hye Jung and Ji Hong asks if Hye Jung knows. Yoon Do's response is "Of course. Why would I tell you before the person I like?" Personally I agree with this sentiment compared with when Ji Hong told Seo Woo he liked Hye Jung before he told Hye Jung.  I can't say for sure whether Ji Hong or Yoon Do is the better fit for Hye Jung once everything's said and don, but I can say that from what I've seen so far, I like Yoon Do's character better and this is just one of the many reasons.

-The sweet side of Hye Jung emerges in her interactions with Yoon Do during surgery when she calmly explains that everyone is nervous and tells him not to be nervous because she's helping him.  She's such a complex character in that she is tough but also that she has such a big heart and despite all appearances, is quite warm to those around her once they get to know her.


So those are my thoughts on episode 9. I have finished episode 10, but it may be a couple days until I get it out in all honestly. I'll try to hurry, though :) Until then, you can catch up with all my recaps so far here. See you soon friends and until then, embrace the Kdrama.