Hi friends! How are things this week? I haven't been busy per say, but I also haven't had a lot of free time. For that reason, I'm going to condense this week's episodes into one post instead of two. I plan on going back to individual posts next week. Let's get this baby started with episode 11

Episode 11:
Episode 10 ended on kind of a weird note between Hye Jung and Ji Hong as she called him out.  Ji Hong sees that his father seems well after his surgery is grateful.  Meanwhile, Seo Woo's dad asks her why she reported Hye Jung for bribery. When he sees she doesn't have a good answer, dismisses the case and tells Seo Woo to be more like Hye Jung- ouch! 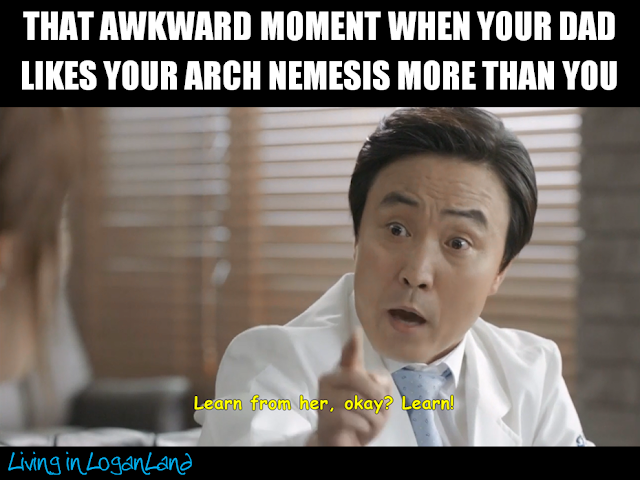 A ghost of girlfriends past shows up in the form of In Joo who will be working in the general surgery department. Her and Hye Jung are not unfriendly, but things are a bit awkward since their last encounter 13 years ago. A new patient is admitted in the form of a woman who was injured from a fall. After surgery she is paralyzed, but is conscious and can see/hear everything going on around her. Her "husband" is quite attentive to her, but also is quite creepy. It is implied when the doctors aren't watching that he was the one that did this to her. 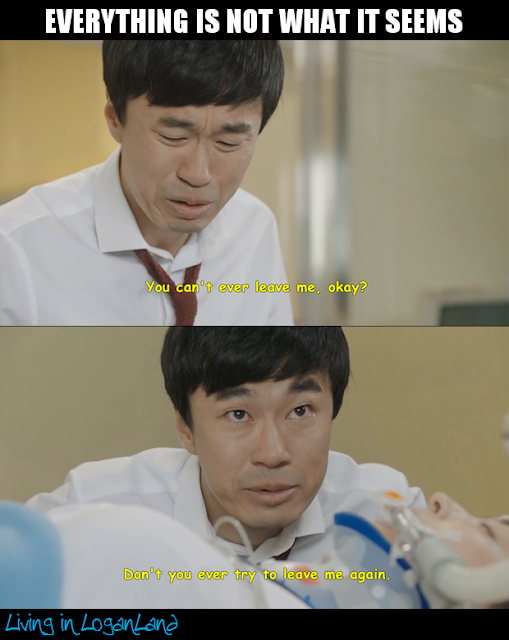 In Joo admits to Ji Hong that she said some mean things to Hye Jung 13 years ago. Ji Hong tries to bring them up with Hye Jung, but she says she'll take care of it and instead focuses on their relationship. She points out that it's unequal. That he doesn't share any of his burdens with her but is willing to do anything for her.  She tells him that she doesn't want a relationship like that where she might end up becoming useless and that he needs to change. 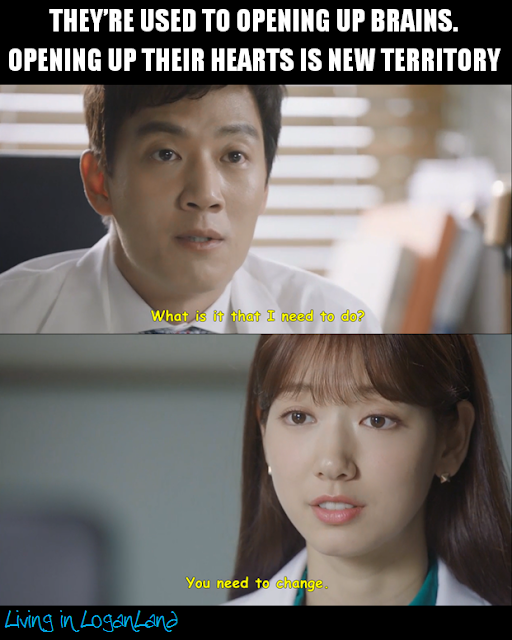 Yoon Do, meanwhile, has decided that although Hye Jung made it clear she doesn't like him, he's not going to stop liking her and he's going to wait for his opportunity. Seo Woo's grandpa is sure that his best friend, Director Hong, has a copy of the evidence against his son and after searching his office he finds it.  He then goes to confront Director Hong and gets angry saying if he won't leave his son alone, then he's going to bother Ji Hong. 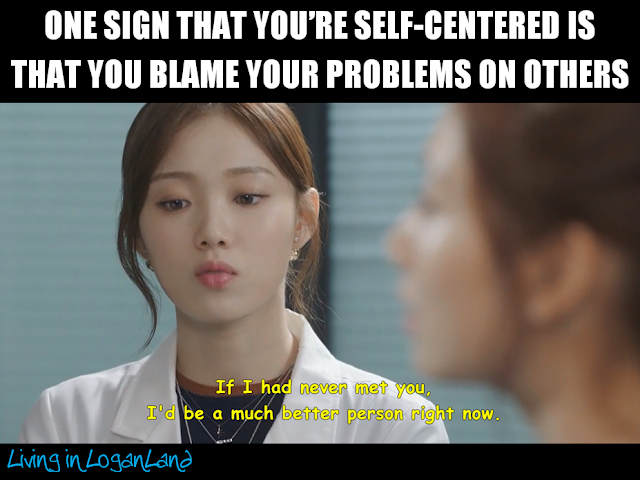 This upsets Director Hong and he attempts to chase after Seo Woo's grandpa, but collapses. The team of Yoon Do and Hye Jung are at his bedside when Ji Hong and the Section Chief arrive. His pulse stops and even though he was clear to not resuscitate him, Ji Hong tries to no avail. Director Hong dies. It's really quite sad. 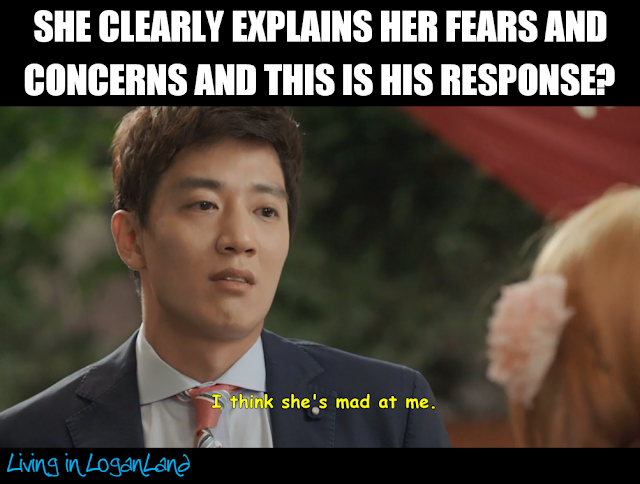 Episode 12
It's been 3 weeks since Director Hong's death and Hye Jung and Ji Hong have been out of touch since then. He had to go to America to sort things out and now that he's back, things are awkward between then. She didn't know how to react, how to comfort him and although she expected his call he never called, because he expected her to call. Seo Woo's grandpa has taken the position of Director Hong and by extension her dad has taken her grandpa's position. Basically these two have free reign to do whatever they want now. 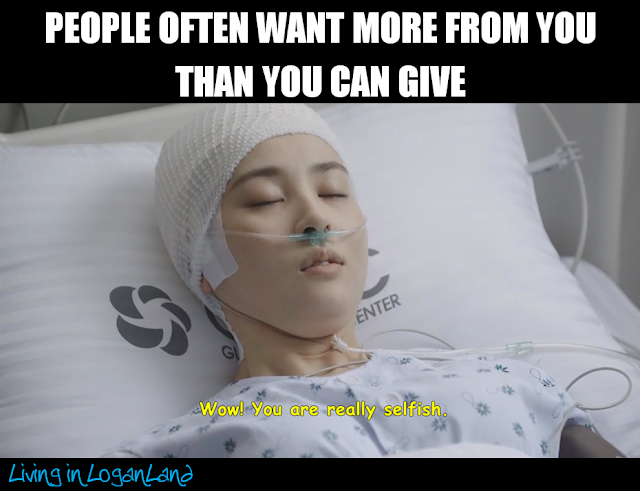 Creepy stalker violent man is still in the hospital with his victims and the doctors and nurses still only think of him as an attentive husband. No one has caught on yet because the victim herself can't yet talk. Seo Woo's mom comes to Yoon Do and asks him to reconsider Seo Woo. Ugh, how embarrassing but Yoon Do pretty much tells her to mind her own business and let how the relationship ends up be between him and Seo Woo. 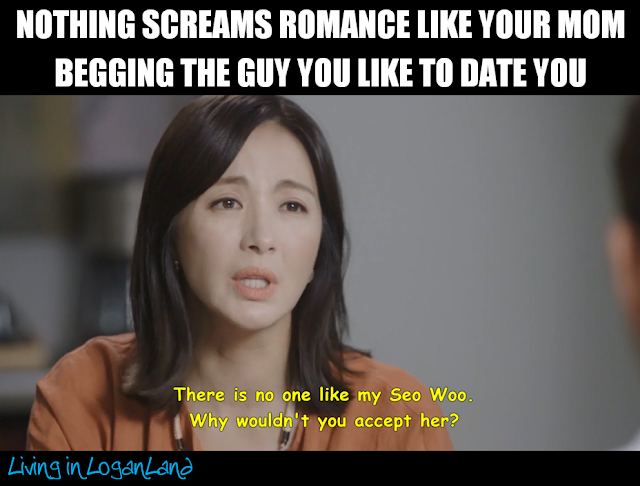 The assistant from Grandma's surgery back in the day comes to see Seo Woo's dad asking for a position at the main hospital and revealing that he still has the anesthesiology reports, as an attempt at persuading him. Seo Woo's dad won't buy it and dismisses him, but as he's leaving he sees Ji Hong who says his memory might be rekindled with some kindness to which Ji Hong responds that he is a kind person. 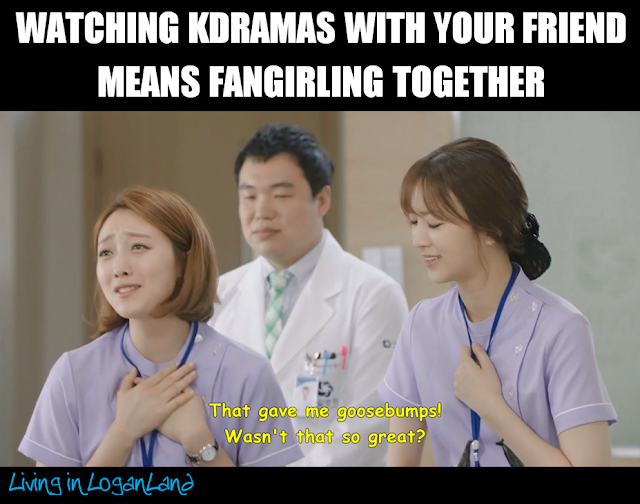 Hye Jung has still be unsuccessful in talking with Ji Hong, things are awkward. But she does run into In Joo who wants to have a drink with her. In Joo apologizes about what she said thirteen years earlier and Hye Jung accepts. They drink together, but In Joo overdoes it and Hye Jung has to bring her home. At least she tries, but In Joo leads her outside of Ji Hong's home which is also where Yoon Do lives and currently he, his uncle Pa Ran, and Ji Hong were hanging out and drinking themselves. 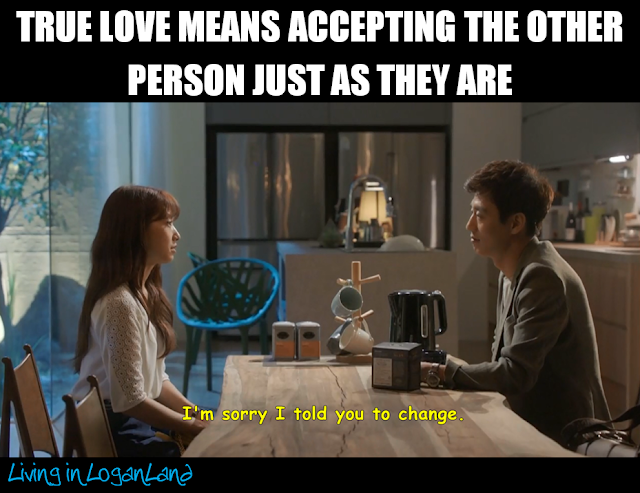 They come out to get In Joo and Ji Hong and Hye Jung talk as the guys carry In Joo inside.  Hye Jung gets frustrated when he's just going to leave. They go into his apartment to talk. She apologizes for not contacting him, admitting she doesn't know how to console someone. He admitted he missed her and for the first time in his life it made him think he shouldn't do everything alone. She apologizes for asking him to change and tells him she wants to just be by his side the way he is if that's okay with him which of course he says it is. 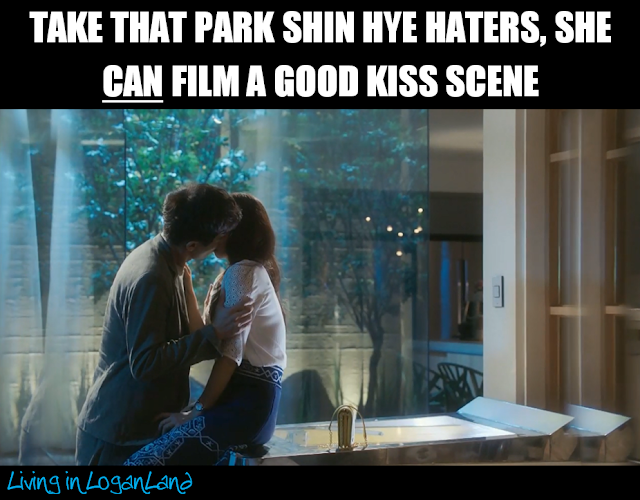 She's about to leave, but first he shows her the claw machine he has set up in his apartment. He leads her hand to teach her how to play and with the close contact, things get a bit heated up. She turns around to sit on the machine and puts her arm around his neck as she strokes his hair. Slowly, hesitantly, he goes in for the kiss which becomes the most heated kiss I've ever seen out of Park Shin Hye. 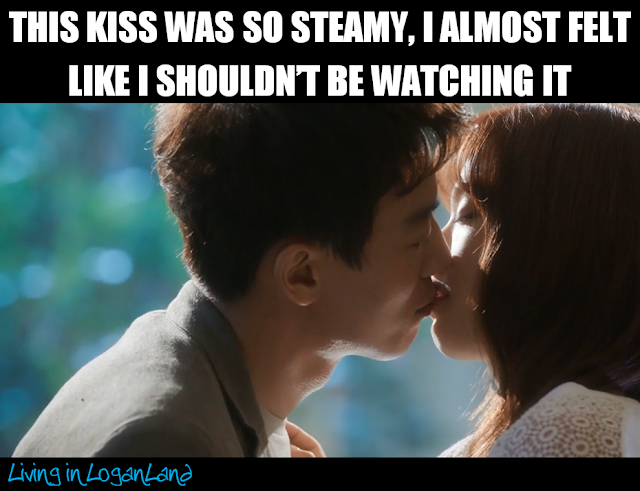 Back at the hospital the next day, Ji Hong finally catches on that the patient is scared of the man that's supposed to be her husband. He gets her isolated and develops a blinking system for her to answer his question and they determine that the man claiming to be her husband is her assailant. They call the police, but he escapes before they can get him. They find out that her parents reported her missing and they come to the hospital to tend for her.  Later that night the man comes back and tries to strange the woman. He runs away as the doctors are coming, but Hye Jung catches him in her typical gangster fashion. 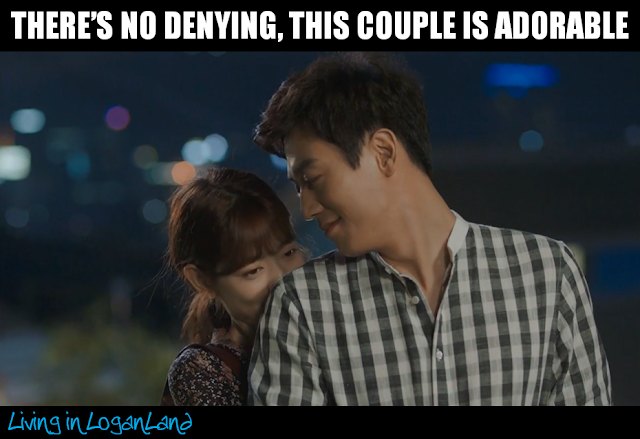 She and Ji Hong have to perform a small surgery on her after some damage is done during her attack. Afterward Ji Hong walks her home and as he goes to leave, our episode ends sweetly as she runs up behind him and gives him a back hug.

Sorry to keep it short this week guys. I also won't make any comments here, but I make lots on our Drama Club post on DramaFever which you'll be able to find here on my main page as soon as it's posted.

Until next week, embrace the Kdrama.