Hello friends! How's life?  I'm fresh off of finishing this week's episodes and I must say this drama is by far exceeding my expectations-which were high to begin with. Nothing bad has happened yet, but I can tell it's going to be one of those dramas that has the potential to break my heart. Later this week, you'll get to hear more of my opinions on the drama as I collaborate with Tiara and June and we bring you the first post from our new project: Chingus in Dramaland. It should be a lot of fun and I hope you'll join us. But for now, let me bring you up to speed on Goblin. You can follow along with all my Goblin related posts here on the drama homepage.

So when we last left off Eun Tak had been kidnapped and The Goblin and the Grim Reaper showed up.  The Goblin ended up taking out his sword and cutting the kidnapper's car straight in half and then he and the Grim Reaper took Eun Tak away. She tells the Goblin she doesn't hate him anymore after she found out it's thanks to him that she was even born, although it certainly seems like she still is a little bitter at the way he treated her. 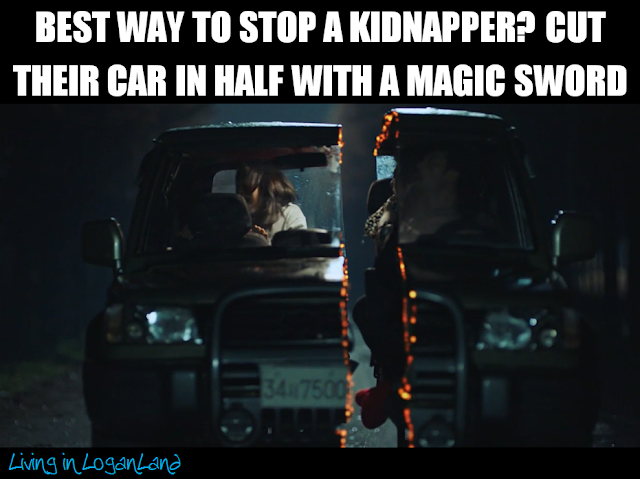 The Goblin is still preparing to go over seas, but isn't happy about it.  Eun Tak seems pretty bummed about his leaving as well. The Grim Reaper says he's looking forward to it, but you can tell that he'll be lonely without his new roommate. But before he leaves, he wants to help Eun Tak out in one final way by getting her horrible family out of her hair. He hides gold bars in the house for them to find. 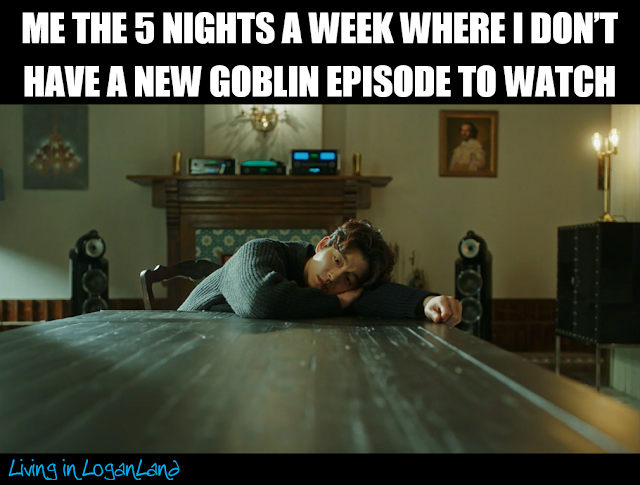 Sunny, Eun Tak's boss at the chicken restaurant, finds out that Eun Tak has been staying there and allows her to continue to do so showing what a cool person she truly is. Later Eun Tak accidentally summons the Goblin which gives them to say some last things to each other before the Goblin leaves and he explains his powers/what he's capable of to her. The Grim Reaper ends up showing up at the cafe they're meeting at, but he tells Eun Tak that he's actually on her side now. What he doesn't reveal is that he wants her to be the Goblin's bride so she can remove the Goblin's sword and he can leave this earth for good finally (and be out of the Reaper's hair). 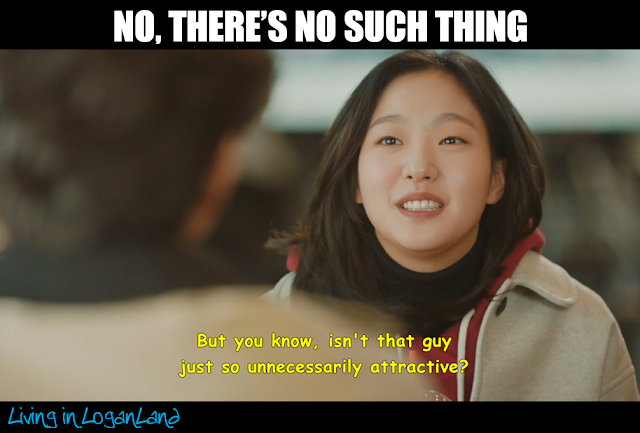 The night the Goblin and Grim Reaper bond a little when, after accidentally offending him by bringing up that he could have been evil in his previous life, the Goblin tells him he doesn't judge his prior life- he'll hate him either way. The Reaper has some woman issues of his own surmounting as a (not so) chance encounter with Sunny leaves him shook as they both try to buy the same ring from a familiar-looking street vendor (Eun Tak's neighborhood granny who isn't a granny anymore) Both are immediately drawn to each other and have a feeling there's fate between them. Sunny leaves him with her number and the promise that he has to call her. 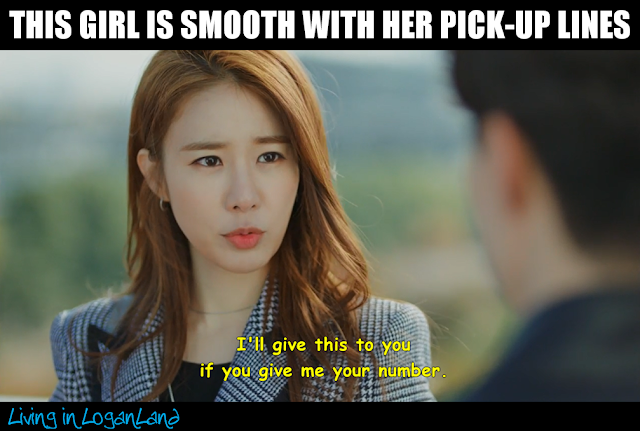 The Goblin is longing to be called by Eun Tak one more time and she doesn't summon him, but he ends up seeking her out anyway. When he arrives where she's sitting watching the ocean it's raining and he tells her that's because he's sad. It soon stop and he reveals it's because his mood has improved (upon seeing her). But as they realize it's their last goodbye before he leaves it begins to rain again. 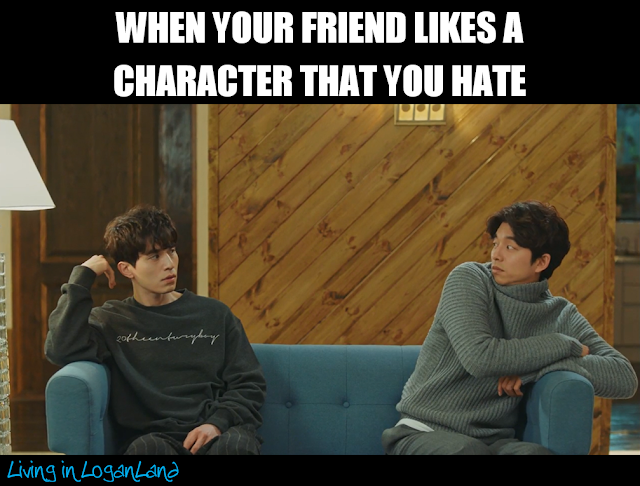 That night the Goblin and Grim Reaper are unnerved when there doorbell rings revealing a vistor-when there's never been one before.  It's Eun Tak who found out where the Goblin lived from the ghosts.  She's surprised to see that the Grim Reaper lives with him, but she also has something important to tell the Goblin. It turns out she could see the sword all along. 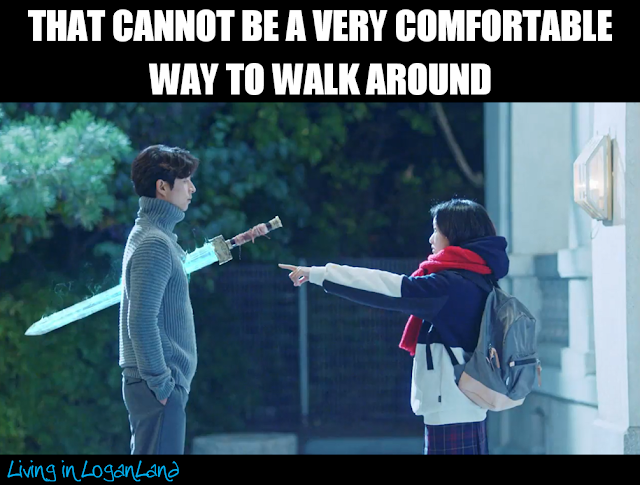 Episode 4
Even though the Goblin has been waiting for his bride to come along for centuries and has gotten sick of watching his loved ones die, he is still shocked that Eun Tak is in fact his bride and has so many mixed feelings about the fact that his time alive is coming to an end so abruptly. He puts off talking to her until he can sort his thoughts. The Grim Reaper promises to be the one to escort him when it finally is his time to go. 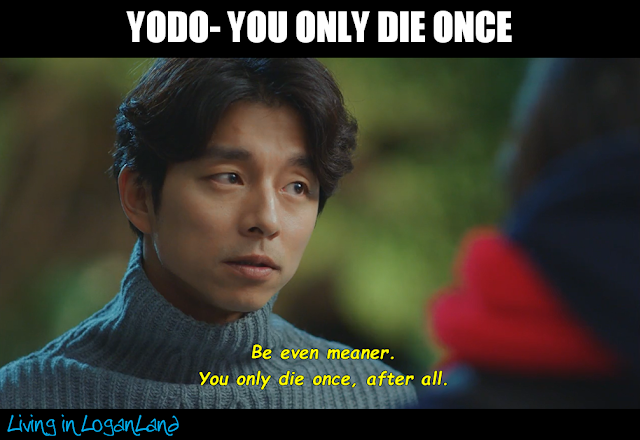 Eun Tak's evil aunt has sold there house and so Eun Tak now has nowhere to live. The Goblin puts her up in the hotel owned by his follower's family even though she begs to live with him. He keeps his distance from her for the next couple things as he deals with the range of emotions that he's feelings. She doesn't like being kept at a distance-assuming that he isn't happy because he's disappointed that it's her that it's his bride and not somebody better. In the meantime the Goblin's nephew "Duk Hwa" is charged with taking care of Eun Tak and he realizes the connection -that she is the Goblin's bride. 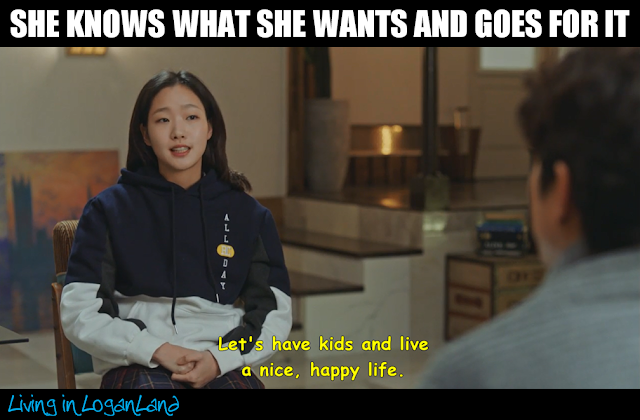 The evil aunt and horrible cousin of Eun Tak's get in trouble with the law after trying to cash in the gold they found in Eun Tak's drawer. Turns out it's from America and the fact that they admitted they took it from Eun Tak labels them as even bigger thieves than they were already suspected of being.
Meanwhile, Eun Tak has had enough of being ignored and summons the Goblin with a whole bunch of candles.  He still can't handle the emotions and tries to use alcohol as a means to do so and ends up getting drunk and telling her about the fact that she's the only one who can remove the sword (a fact he had been trying to hide from her up until now). 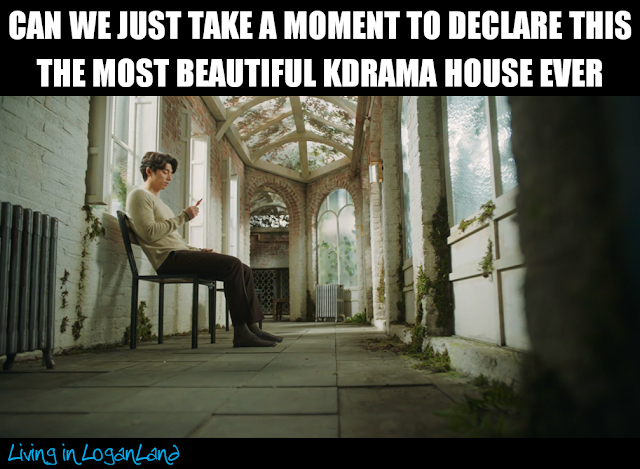 The next day he's mortified and trying to do recon he goes and picks her up from school and then takes her to Canada for dinner. He still doesn't reveal to her what will happen when she removes the sword, but they agree not to do it yet. She suggests they remove the sword during the first snowfall. While watching Eun Tak running around and being her vibrant happy self, he realizes that he has fallen in love for the first time...and with her. 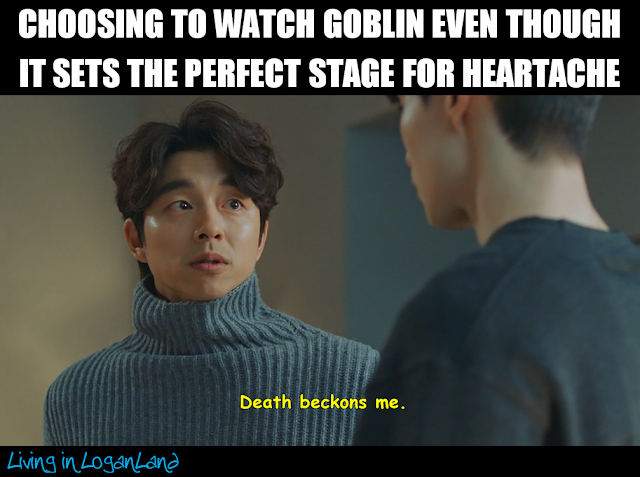 And that's where our drama concludes this week. Instead of adding my thoughts to the recap, I'll be discussing all my reaction in my Chingus in Dramaland post. Hope you join me next week to find out what happens next, for more memes, or to join the conversation with Chingus in Dramaland.
at December 11, 2016