Hello friends! My post is a bit delayed this week because of the holiday. Hope I didn't keep you waiting too long. Let me give you a brief run down of this week's events. Catch up with all my Goblin-related posts here on the Goblin homepage.

There's a bit of panic from Eun Tak when she can't pull out the sword. She worries at first that it means she isn't the bride after all and therefore chooses not to dwell on it. The two go back to the Goblin's place where both the Grim Reaper and Duk Hwa are surprised to see the Goblin, expecting him to be gone forever. 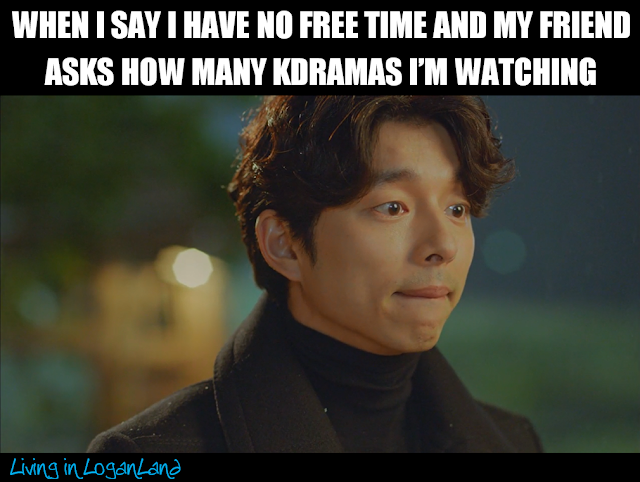 The Goblin starts being a little bit cruel to Eun Tak by teasing her and making her do chores around the house while she's trying to study for the exams. The Grim Reaper calls the Goblin's bluff when he suggests that Eun Tak isn't actually his bride, by asking why he hasn't kicked her out. The Goblin says it's because he's fulfilling his promise to her, but we know better. 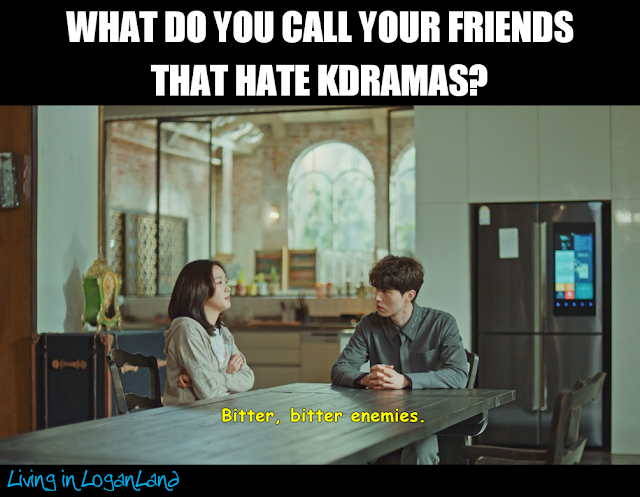 Eun Tak takes and does well on her exams and the guys get her a cake to celebrate and the kindness moves her to tears. The Goblin also takes her out to a movie, which turns out to be Train to Busan (which Gong Yoo, the actor that portrays the Goblin, starts in). He's warmed up to her a little bit, but Eun Tak figures out the reason he was acting weird before she tried to pull out the sword was because he was planning on leaving and this upsets her. 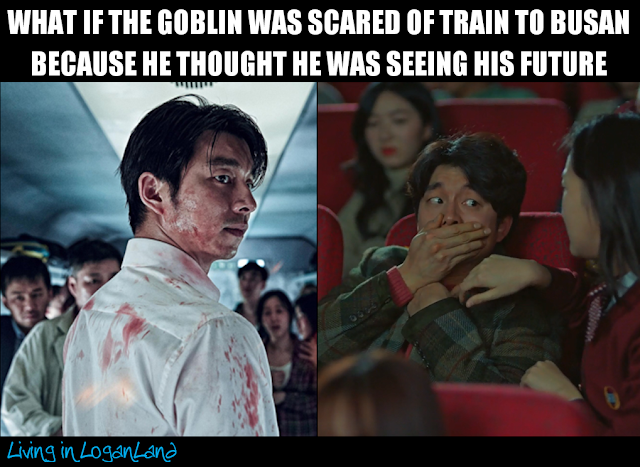 The next day she runs into her first love, a crush from childhood named Tae Hee who is now a hunky baseball player. It turns out that the Goblin also has history with Tae Hee as he granted Tae Hee's childhood wish that their family's piano would disappear so he wouldn't have to learn how to play it anymore. The Goblin gets jealous as the two meet up for ice cream, whereas the Grim Reaper just interrupts their reunion at the ice cream shop when he needs help from Eun Tak talking to Sunny on the phone. He's still unsure of how to react to her when he doesn't have a business card.  Eun Tak answers the phone for him and gives him some advice on how to talk to her, still not knowing it's her boss he's courting. 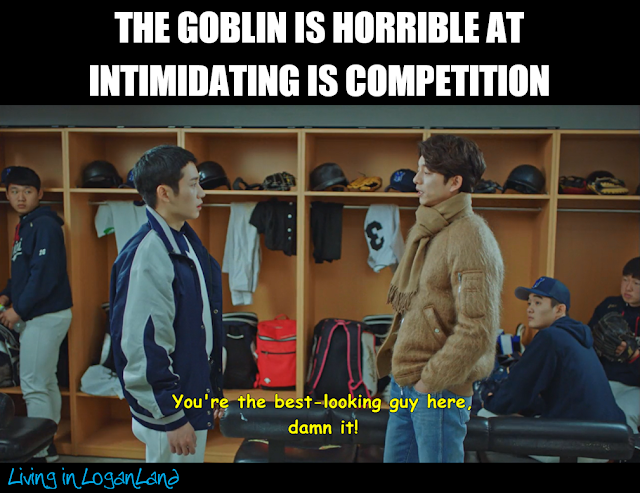 Sunny and the Grim Reaper go on another date where he confesses that he didn't contact her sooner because he was worried she wouldn't like him if he didn't have a business card. She realizes that's the reason it takes her so long to get in touch with her- when she asks him about something that he doesn't have/know how to answer. But the two clearly like each other and are completely adorable together. 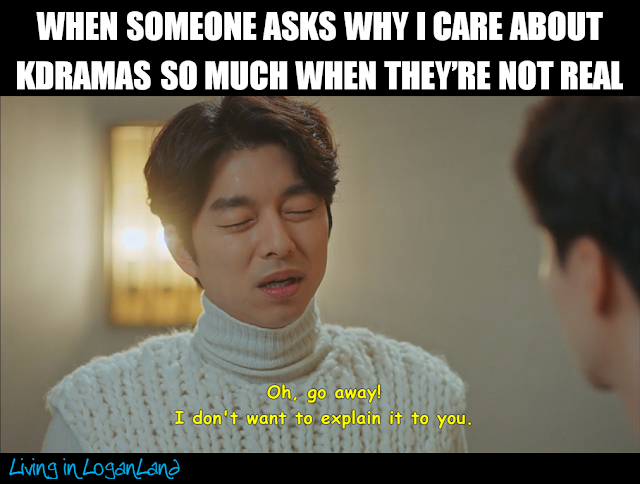 Eun Tak and the Goblin are on a walk together when he has a moment where he really realizes how much she means to him. He hugs her and shortly there after starts to feel immense pain in his chest. Once again, Eun Tak tries to grasp the sword and realizes that this time she can. She starts to pull it out slowly and the Goblin feels even greater pain. Out of instinct, he pushes her away and she goes flying through the air. Luckily, he's able to catch her before she's seriously injured or killed.

The Goblin realizes that he now can finally be granted the end to his life, but it's a scarier thought than ever. It's clear that his feelings for Eun Tak are growing more than he ever expected. Turning the tables from the last episode, Eun Tak starts to get a little jealous when she hears the Goblin talking about his first love, not realizing that he's actually talking about her. 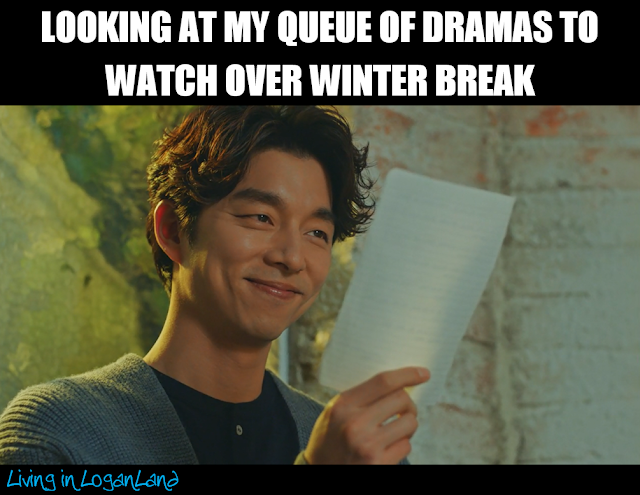 The Grim Reaper saw The Goblin's picture of the queen from the historical part of the drama, who did turn out to be the Goblin's sister, and started crying. Duk Hwa tells the Goblin who interrogates the reaper about this and he doesn't know why, just that the woman seems familiar and moves his heart. 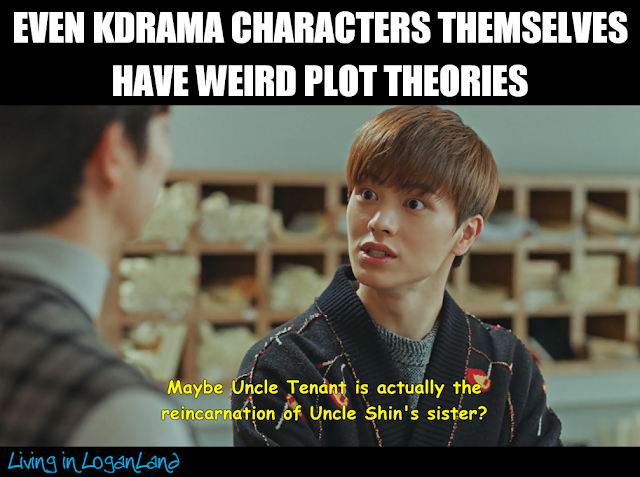 Eun Tak sees the Goblin off on a mission and follows him. She catches up to him just as he's intervening in a man's life for just long enough that his daughter arrives and foils his suicide attempt. He explains that sometimes our family acts as our guardian angels. Later that day, Eun Tak is surprised when the Grim Reaper shows up at her chicken shop. 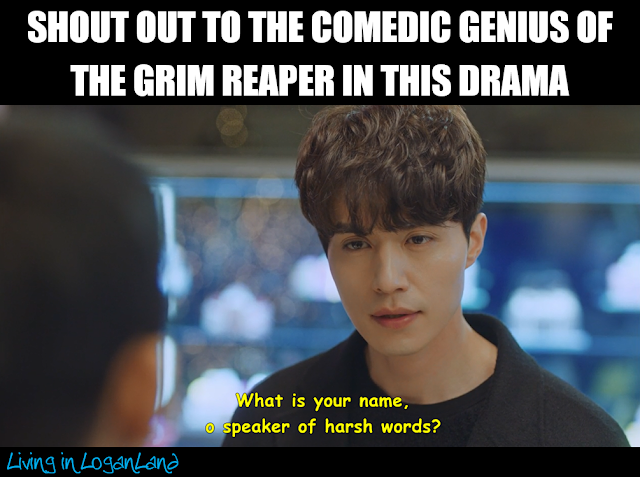 He didn't know beforehand that it was Sunny's chicken shop that Eun Tak worked at. While he's there, Tae Hee stops by with his baseball friends. The Grim Reaper shows up day after day and both he and Eun Tak keep it a secret that he goes there and that Tae Hee shows up there frequently. But The Grim Reaper ends up finding out about it anyway and is jealous once more. 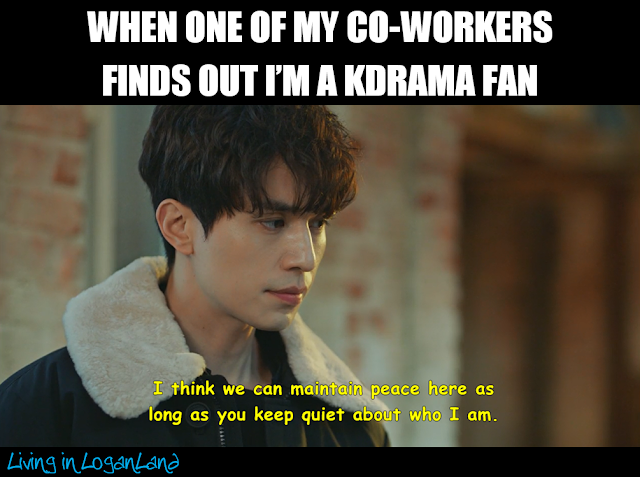 Later, the Grim Reaper along with a whole bunch of other reapers have been assigned a number of different names from a single traffic accident and therefore are gathered, waiting to do their jobs. The Goblin sees Eun Tak off as she goes for her college interview, but right after she's left he has a vision of the bus crashing and causing a horrific accident that kills many.  He doesn't see Eun Tak in the vision, but knows he can't chance it. He intervenes and stops the accident leaving the Grim Reaper frustrated and the other reapers seriously confused. It isn't that the Grim Reaper wants Eun Tak to die, he just doesn't think that the Goblin should be interfering with people's fates so frequently and carelessly. 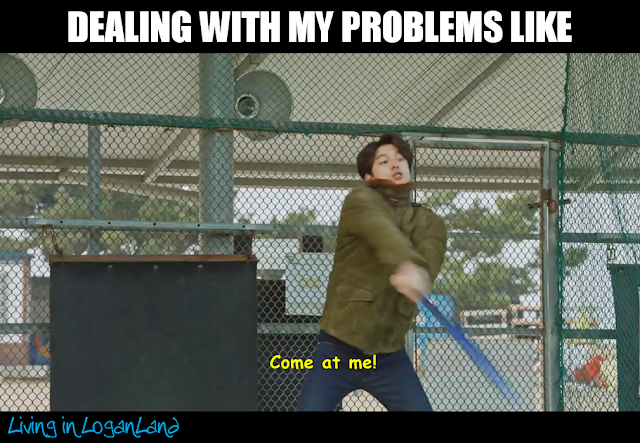 Sunny and the Grim Reaper meet up once more. She tells him not to try to change himself or give her answers that she thinks he wants because she likes him the way he is and then proceeds to tell him her real name, Kim Sun and asks him his. We see a flashback to the young King and the Goblin in the Goryeo period and then back to the present day where the Grim Reaper is now in a lot of pain. He wipes Sunny's memory of their meeting that day and sends her away. 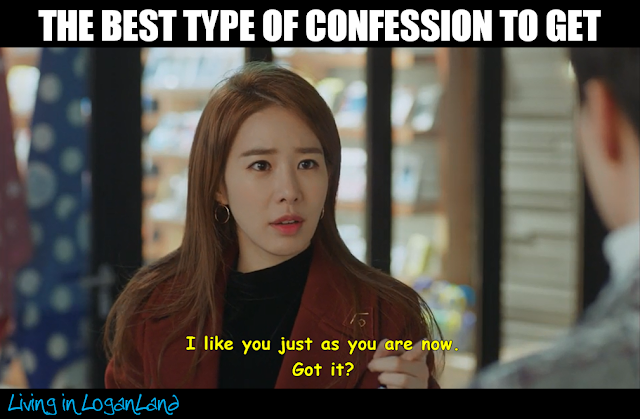 The Goblin is alone in a bookstore when he gets an unexpected visitor- Red Grandma- who is confirmed to be god. She tells him that he needs to get the blade out and that every minute he doesn't he's putting Eun Tak in danger. Her purpose is as a tool as the Goblin's bride and if she doesn't fulfill her purpose she doesn't have the right to live. Until he takes out the blade deadly incident after deadly incident will continue to happen to her. 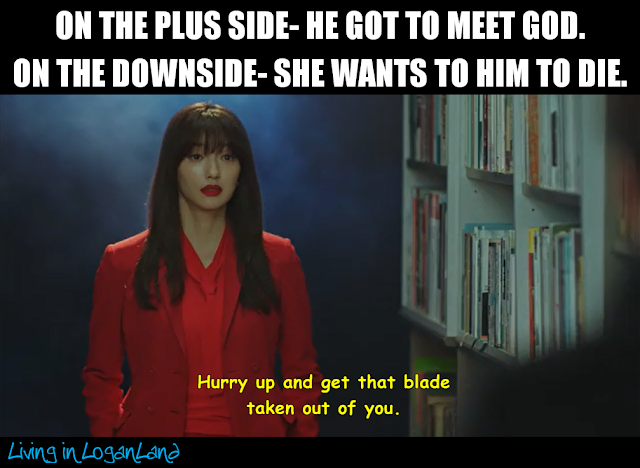 That's all we have for this week in Goblin. Hope you're still loving this drama as much as I am!
at December 27, 2016