Oh, friends! I don't even know where to begin on the most recent week of Missing Nine. It was intense to say the least. I was screaming things at the screen that I definitely wouldn't want my grandma to hear an I was pained at times. Let me try to recap episodes 5-6 without dying inside. If you aren't up-to-date you can check out all my recaps and Missing Nine posts so far here.

Okay, so when we left off the mysterious man in the woods, the co-pilot of the plane, told Tae Ho that they needed two more people to man the raft to get off the island. Well, Tae Ho eliminates those with any semblance of a conscience, so he thinks, and ends up selecting the CEO to go with and So Hee overhears so she's going with as well. Until the CEO can't take the guilt and ditches last moment. 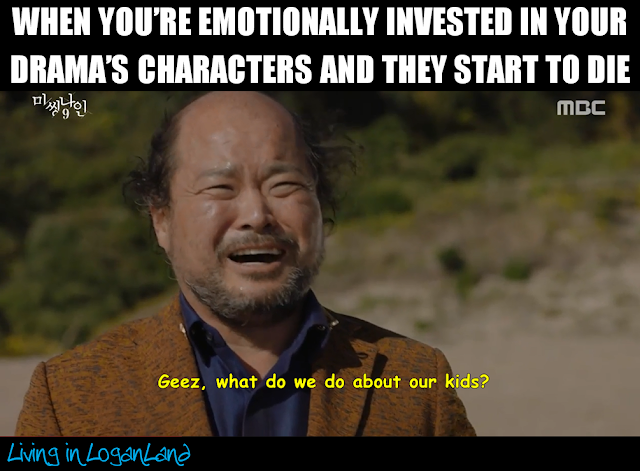 He tells the others who interact the life raft just as they're leaving. The problem with them trying to leave is that the weather is so awful that the waves are dangerous. So Hee and the co-pilot are drowning so Joon Oh and Bong Hee jump in the water to save them. 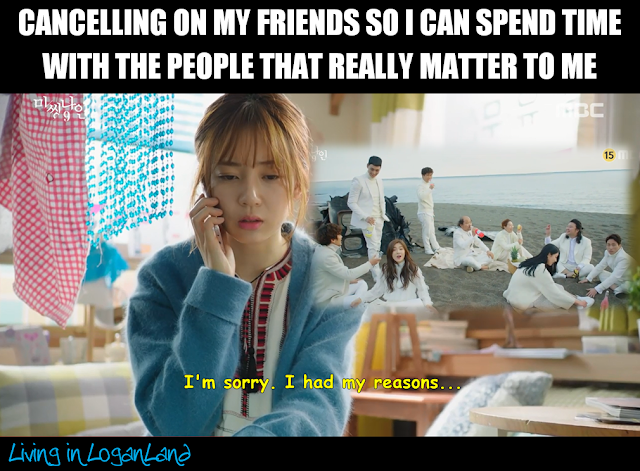 A huge wave comes and knocks Bong Hee and So Hee all the way to another island a few hundred feet for the others. Joon Oh and the co-pilot get lost in the wave and no one knows what happened to them. Are they dead or alive. The others on the beach- Ki Joon, Ji Ah, and Yeol primarily- want to take the raft to go rescue So Hee and Bong Hee. 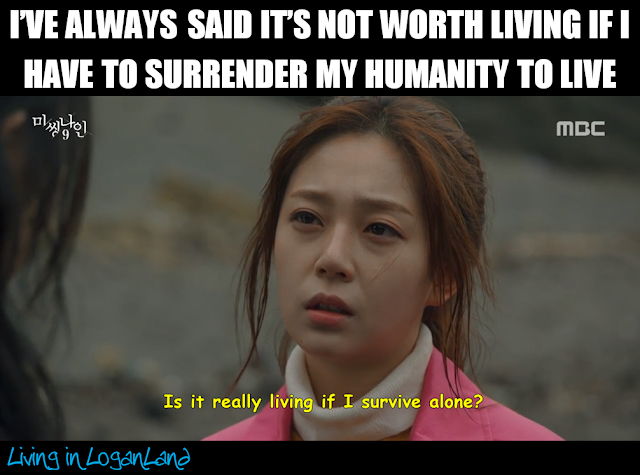 Tae Ho, the evil #%&# argues that their lives are more important and that they'll die in the process of trying to rescue them. Ji Ah is pretty much sick of him and breaks up with him. The others try to save the girls anyway and they all end up getting in a fist fight with Tae Ho with Ji Ah, Ki Joon, and Yeol punching his respectively. Eventually Tae Ho stabs the raft rendering it useless. 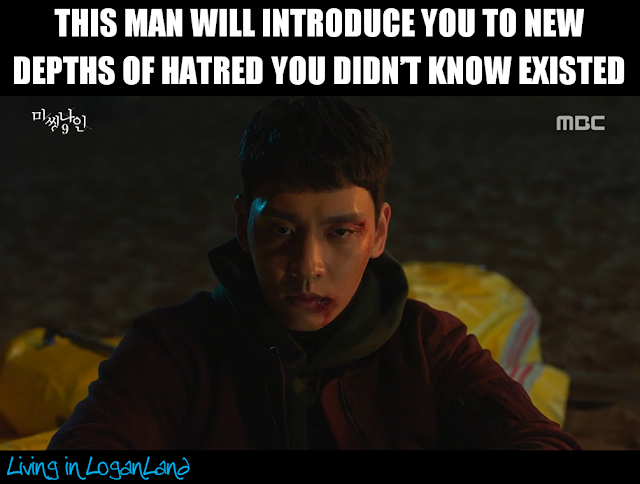 So Hee and Bong Hee are having a hard time keeping their spirits up as So Hee is certain they've been abandoned by the others and Bong Hee is certain they'll come for them. Ki Joon realizes they can't win by force so they pretend to agree with him and go back to their shelter. In the meantime he, Yeol, and Ji Ah take turns searching the woods for something to try to fix the raft with. Eventually they find a sandal after a couple days. Yeol sneaks out at night to melt it to the raft, but Tae Ho catches on and ties up Ji Ah and Ki Joon and attacks Yeol. They get in a fight and Yeol falls into a rock and hits his head. He's unconscious and it looks like he's dead. Tae Ho holds him and cries, but then panics and puts his body into the ocean before fleeing the group. 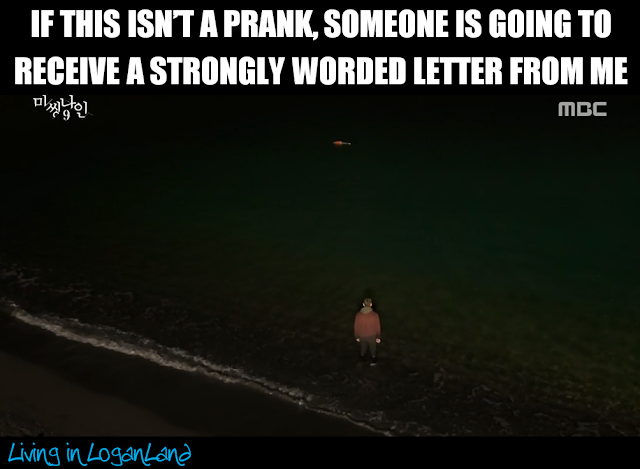 Flash forward to where we are in the future- the prosecutor has convinced the investigator that she needs to reveal the truth about the accident. We find out that the CEO is alive and found. He meets with the temp CEO who took his place first. And then he's on his way to go back home and be questioned when all of a sudden a giant beam is dropped on the car he's driving in, crushing the car and presumably the CEO. The investigator she holds a press conference and reveals that Bong Hee has lost her memory and that they know So He was killed and just when she's about to reveal that So Hee was murdered by Bong Hee, Bong Hee shows up to tell the prosecutor she regained all of her memory.

Episode 6
Bong Hee begins to account what she remembers to the investigator. Soon Hee was on the cliff and about to jump, she stumbled and fell and Bong Hee actually pulled her up and saved her- she didn't kill her at all. 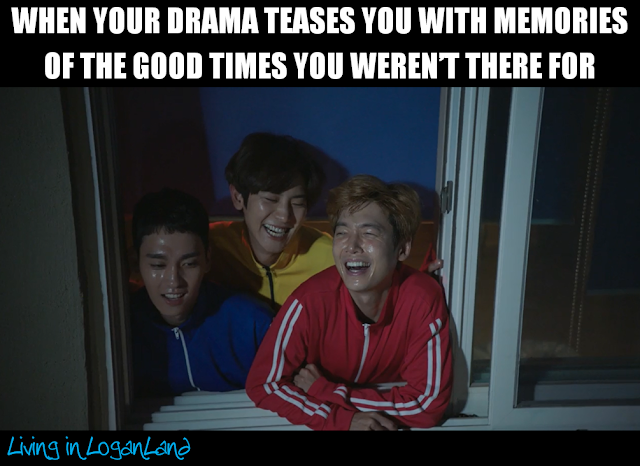 Joon Oh showed up on the main island to release Ji Ah and Ki Joon from their bonds and then he, Ki Joon, and the secretary go to rescue Bong Hee and So Hee. Bong Hee is so happy to see him alive that she starts to cry. When they get back to the main island they realize that both Tae Ho and Yeol are gone and fear the worst-that Tae Ho did something to Yeol. So Hee reveals how evil Tae Ho is, but doesn't tell the others about the other person he killed. 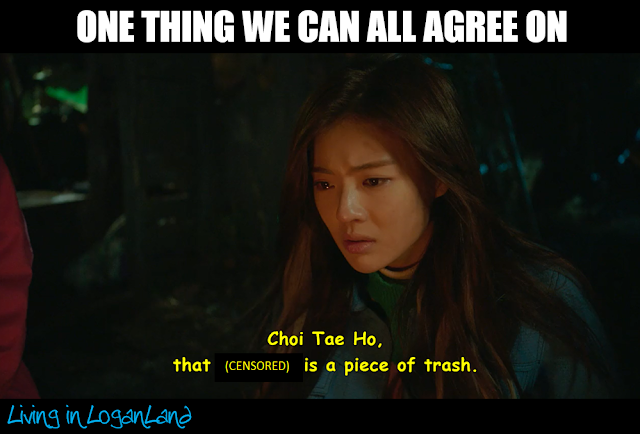 Wanting to believe the best, Joon Oh goes to find them both. While he's gone in a moment of defiance against the CEO, Ji Ah says that she's going to start dating Ki Joon and kisses him, leaving Ki Joon flustered. Joon Oh ends up finding Tae Ho who then tells Joon Oh that it was an accident. Surprisingly, Joon Oh brings Tae Ho back to the group saying that even though he killed Yeol, leaving him alone would kill him and they couldn't be the type of people to do that. 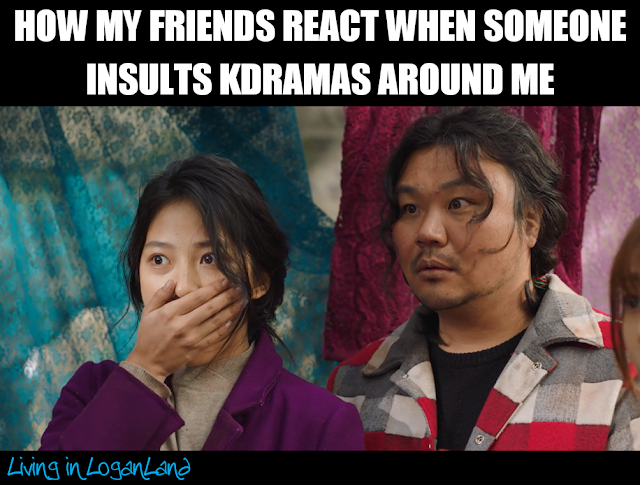 But that may not have been a good idea. So Hee confronts Tae Ho and asks him to leave their group against voluntarily. She reveals that she knows he killed a man. Since no one is around and he doesn't want to be left alone, he strangles So Hee. The Secretary witnesses this and Tae Ho threatens to kill him too unless he cooperates. Tae Ho makes it look like So Hee killed herself and the secretary corroborated she was very depressed. Everyone buys it because it wasn't the first time she tried to kill herself on the island. 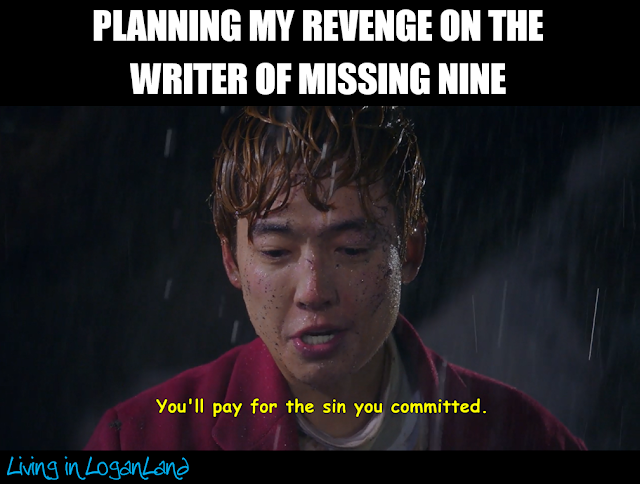 Back to the future, Bong Hee tells all of this to the investigation team and that it was Tae Ho who killed the So Hee. The CEO didn't die in his car accident, but is instead in a coma. The investigator is getting ready to reveal this information to the public when she finds out that there's another survivor. The late scene of Episode we find out who that survivor is...it's Tae Ho.

Whoa, what a trip. I'm still hoping against all hope that Yeol is alive out there somewhere. It's feasible, right?
at February 03, 2017