So Suspicious Partner aka Love in Trouble had its finale a few days ago. I decided to do a Drama Diagnosis for this drama (which I have not done in awhile) mainly because I realized that many believe if I meme a drama, it means that I highly recommend a drama. Certainly that is the case sometimes, but not always. If I've made a commitment to meme a whole drama, I will follow it through to the end and also I try to keep things positive even when I don't like something. Now I actually did enjoy Suspicious Partner, but I still want to do this blog so if there are those that are looking for a review/recommendation for Suspicious Partners and not just memes, there is a resource. If you like this type of blog make sure to let me know and I will do more.  This post will contain minor spoilers 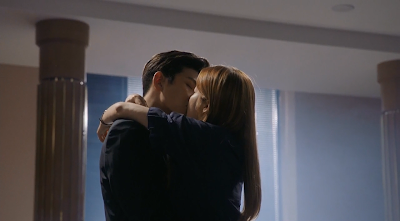 Brief Summary: Ji Wook is a prosecutor whose life is turned upside after meeting lawyer-in-training Bong Hee who, although has a pure heart, finds herself accused of a horrible crime due to situations beyond her control. Together and with a rag-tag group of lawyers, they work toward finding a serial killer whose murders beginning popping up all around them and interfering with their lives and fall in love in the process.

This drama started out strong right out of the gate with a big shocker before the end of the first week's episodes. The strength continued with new problems arising around every corner. I had high hopes as lately Ji Chang Wook has been really impressing me and this was his first romantic comedy. Nam Ji Hyun has also been making a good showing for herself and the chemistry between the two was really fun. It kept me hooked almost all the way through the drama, but unfortunately did slow down a little towards the end and that is what keeps it from being higher rated in my book. The ending was okay, but did leave something to be desire. By all means it was a "good" ending, I just had really high expectations from the color of the rest of the drama up until that point. I think most people would really enjoy this drama. There were a lot of moments that had me laughing to the point of tears.
Things I Loved
-No Love Second Male Lead Syndrome. I was going to say no love triangle, which isn't exactly accurate because the second female lead was still hella thirsty for the male lead and apparently also delusional thinking that she could win him back after it appeared she cheated on him (she didn't, but still). But the second male lead, Eun Hyuk was not only totally cool, but also ended up being a great platonic friend to the female lead, Bong Hee. Not even a hint of romance between the two proving male-female friendships can be entirely platonic (in fiction at least).
-Amazing Supporting Cast. The supporting cast was arguably just as good or better than the leads. From Eun Hyuk and the other lawyers working with them to even some of the characters you think may be antagonists, they made the drama with their humor and antics. The expressions of Lee Deok Hwa as Lawyer Byeon were hilarious.
-Ji Chang Wook. Why is it that I always realize how amazing an actor is right before they're about to enlist? Now I have to wait at least two years before another Ji Chang Wook role. Which sucks, because he was so good. He proved that not only can he kill it with action, but I think he was actually even better in a romantic comedy role. Because this drama still had a lot of action/suspense even though it was a "romantic comedy". And he was wonderful. The ideal partner with tons of character development going from a heartless prosecutor to someone who cares for everyone around them.

-That Plot Tho. The plot is what hooked me and kept me. Plot in Kdramas with serial killers always seem to be incredibly well thought out. I don't think there's one I've seen yet that I didn't enjoy - or maybe that says something about me. Lol. But right from the drama does a really good job at paralleling putting the characters at odds with each other and then bringing them together. The plot was obviously very carefully crafted to keep the momentum going from the begging right to (near) the end. 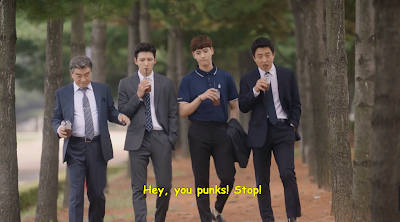 Things I Didn't Love
-Ambiguous Ending. Y'all know endings are important to me, so I couldn't say I loved this ending. The relationships between the side characters showed potential for the future. But the ending took place a year later and the leads had spent very little time with each other in that time frame and then we get a lame proposal and truthfully they don't really seem that into each other. I mean, technically the drama is showing us that they'll have a future together, but I don't really buy it.

-Chemistry Fizzled Out. There is SEX in this drama. Lol. Which isn't really that surprising as the drama begins with the female lead asking if the male lead wants to sleep with her. However, I feel like it actually ruined their chemistry. They hadn't had a lot of great skinship/tension building scenes before that. There were only a couple. And there really wasn't much more after they slept together either. It didn't change anything and frankly it seemed unnecessary to the story and somehow made their romance less passionate. I mean it probably was fairly realistic. However, do we really watch Kdramas for realism? 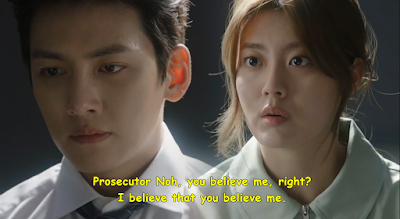 Resolution: 75%
The killer gets caught and (presumably) punished. Their work seems to be going okay, but they don't look like they're enjoying it at all. Like I said we do get a proposal, a year later. No wedding or babies, though (which is always the preferred ending tbh. Lol). They fight a lot, but then make up. The side character seems to be doing okay, but everything is ambiguous for them. Everything is left hanging just a bit. It's like a picture frame that is just slightly crooked. It came so close to wrapping everything up, but it feels too open-ended. I'd put it in the "just okay" category for endings. 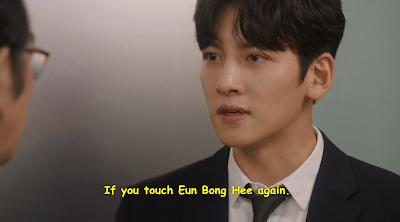 I was obsessed with this drama up until the last couple of weeks, so it's hard to be objective. I may have to re-evaluate later but I'd have to say since most of the drama was SO great, that it still evens out to be a good drama. I'd recommend it for anyone who likes an intriguing plot and one that keeps you guessing with twists and turns.
at July 16, 2017