Brief Summary: Strongest Deliveryman is about a small neighborhood in Seoul where the restaurants serve authentic food and the deliverymen (and women) are exceptional at their jobs. But in moves the Jung Family Food restaurants that threaten to take over the whole neighborhood and put all the other restaurants out of business. Kang Soo is a deliveryman who has been in the business for a long time and made a lot of friends throughout the city along his way due to his incredibly kind nature and loyalty. Along with his loyal friends and fellow deliverymen, they rally together to save the neighborhood and fight against the evil corporation trying to destroy them. 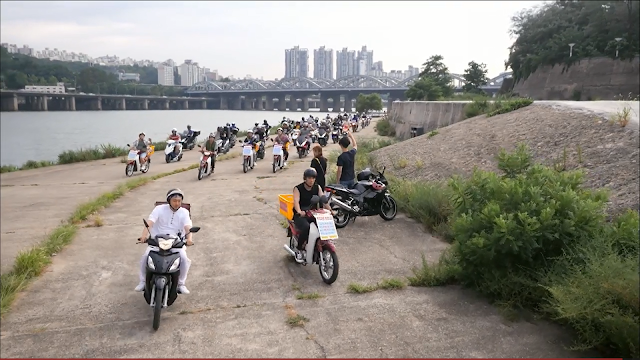 I felt really content after Strongest Deliveryman finished. The drama didn't go where I expected it to, but I really enjoyed where it did go.I'm a sucker for great characters and this drama had so many of them to choose from. The story was filled with hard work that paid off in uplifting moments, sweet and tender romances, and so many laughs. This drama easily makes it into my recommendation list.

Things I Loved
-Kang Soo. I think it's safe to say there isn't another person in the world like Kang Soo. He's the type of person that is so kind and so selfless that he actually inspires other people to become more like him. He literally had hundreds of people drop what they were doing at a moment's notice when they found out he needed help -because they remembered how good he was to them in the past. I love characters like Kang Soo because they make me want to be a better person myself. I find anyone with that much capacity for forgiveness so admirable.

-Character Development. The characters were so amazing even more so because of the capacity they showed to change. Especially Jin Gyu and Dan Ah. Even when they displayed their less than positive traits, the drama still made sure that you could see the goodness in them. They were diamonds in the rough.  Jin Gyu was a spoiled chaebol and Dan Ah  was hard-edged and mean. I don't think that Kang Soo's influence on either of them played a small part, but as the drama drew on they both softened and their kind-heartedness that used to be buried deep was brought to the surface in both of them. They both started chasing their dreams in a productive way. Every other character was fantastic from all of the deliveryman to the chef and Soon Ae, this was the kind of group of characters that you want to make your friends for life.

-Funny. I laughed so much during this drama. The main four actors were so fantastic that they played off the comedy bits with ease. They each had such a sense of their character and went for it. I was especially impressed by the actors who played Kim Sun Ho and Go Won Hee who played Jin Gyu and Ji Yoon respectively. They were the two that had me cackling more than anyone. I feel like those two are going to go far in dramaland, especially Kim Sun Ho. You just watch. 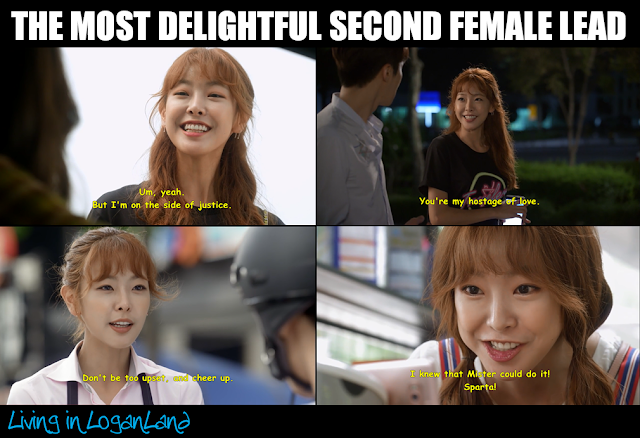 Things I Didn't Love
-The Timing For A Couple Episodes Near the End. Because I liked the drama a lot, I have to get really specific on the things I didn't like. The drama slowed down for a bit about 4-5 episodes from the end for an episode or two. The episodes were still enjoyable, but I felt it didn't have the same momentum/progression. That remedied itself pretty quickly in my opinion and the drama finished with a bang!

-Kang Soo's Mom. She was really not a good person. She treated Kang Soo and his father horribly. At least she knew she was awful and that she shouldn't be a part of his life when they reunited as adults, but in reality knowing Kang Soo's character it was only a matter of time before she was completely forgiven. Still, a woman who can abandon her child and then completely ignore him when she met him as an adult is a loser in my book. 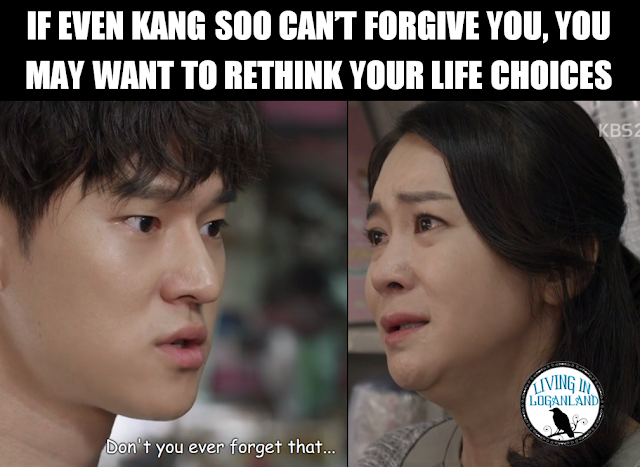 Resolution: 95%
I was very happy with the ending that we got. I feel like as my Kdrama tastes have matured, I'm not as satisfied with dramas where they get married and have babies. Yes, it's nice to know that they'll be together forever and happy, but it seems almost too easy/predictable to have a drama ending that way. The ending of Strongest Deliveryman was in the not to distant future and we got see the characters that we grew to love living out their dreams and genuinely happy together. The mere fact that despite the fact that they were not all the way to completing their dreams/reaching happily ever after, they were happy and they were together was all I could have asked for. The only way I could have been more satisfied with the ending, is if I could have seen every other character from the drama living out their dream, but there were just too many for that to be plausible.

I think my views of this drama were a little more favorable than most. Still, I think most people would agree that this is an overall enjoyable drama. It may not hit him for those who are very plot-driven or need a lot of conflict. It had cutesy elements, but to me the moral/character development was too strong to be considered a purely "cutesy drama". I would recommend this drama to everyone who puts character over any other factors and to anyone who loves a feel-good underdog story.

You can find all my Strongest Deliveryman posts here.
at September 27, 2017